TV dreams in Durban: From dawn to dusk hopefuls queue at the Durban auditions of SABC3's Presenter Search on 3, luring dancers, DJ's, doctors and even a rugby player moonlighting as a male stripper. 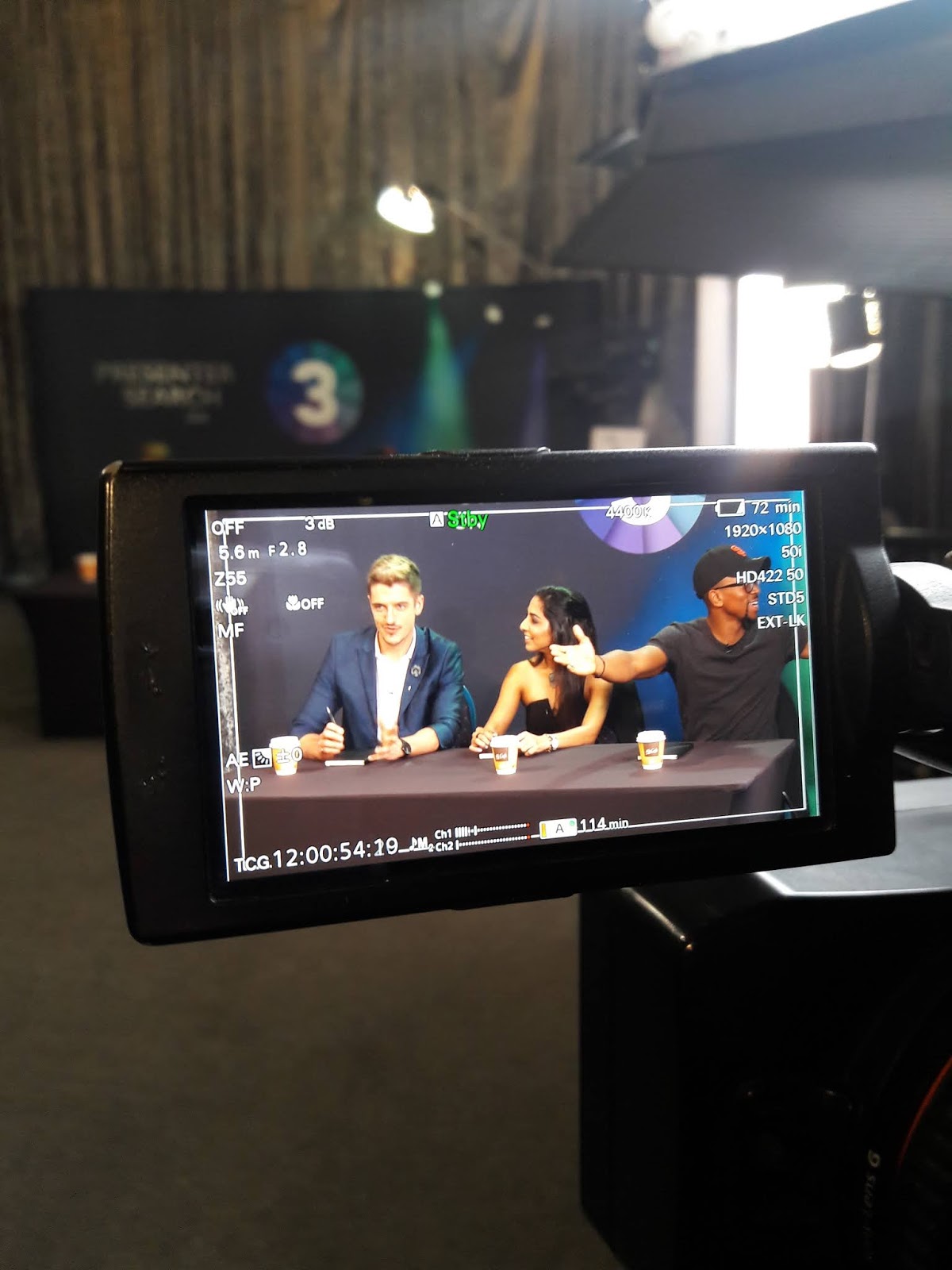 Zola Myeza who woke up when it was dark and queued for hours for her chance to do an audition for the SABC3's Presenter Search on 3 when the show came to Durban, says programmes like this visiting places smaller places and cities outside of Johannesburg scouting for new TV talent, gives people hope that "even when you're home, you can go ahead and conquer your dreams".

She was one of thousands who queued patiently when the show visited Durban, the episode that will be broadcast this evening on SABC3 at 19:30.

Viewers already saw how thousands of people from across South Africa flocked to the nationwide Presenter Search on 3 auditions, that kicked off in Port Elizabeth, and then moved to Cape Town. 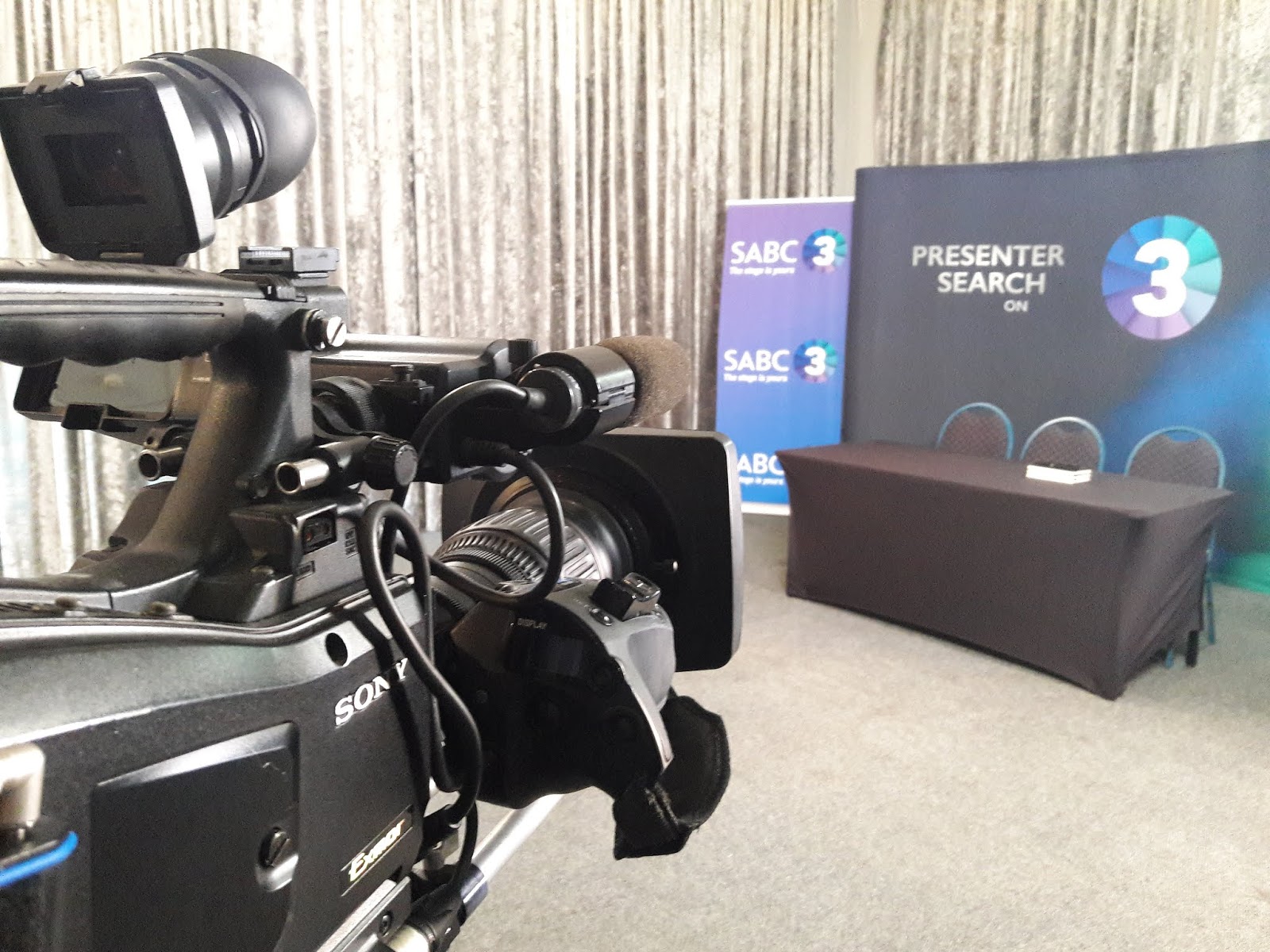 Over two days at the Durban Exhibition Centre, people queued from very early for the chance to be seen by the regional judges like the Top Billing presenters Ayanda Thabethe and Maps Maponyane, Expresso presenter Ewan Strydom, Lotus FM's Shirdika Pillai, Afternoon Express' Danilo Acquisto and the Mela presenter and doctor Tevin Naidu. 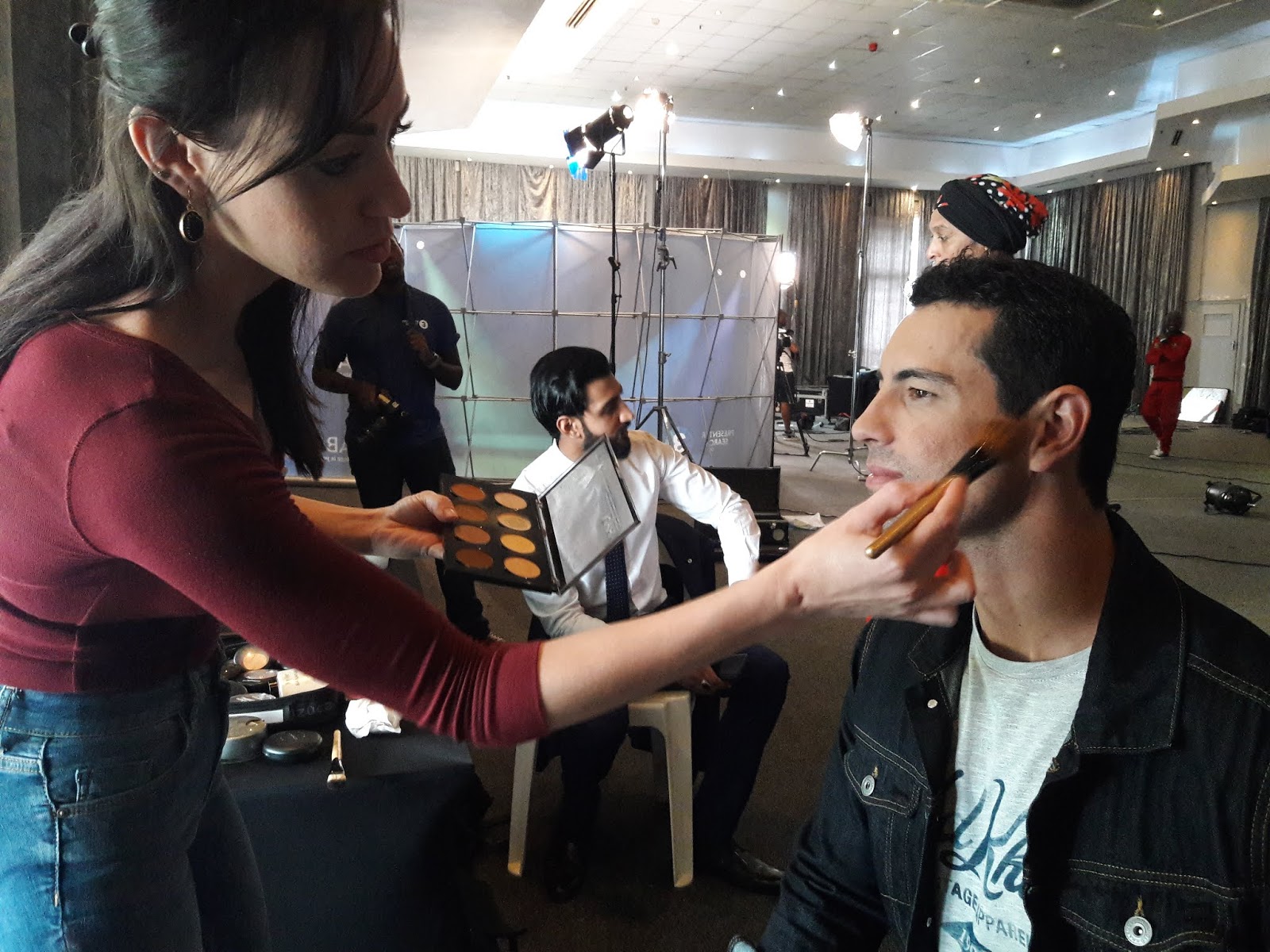 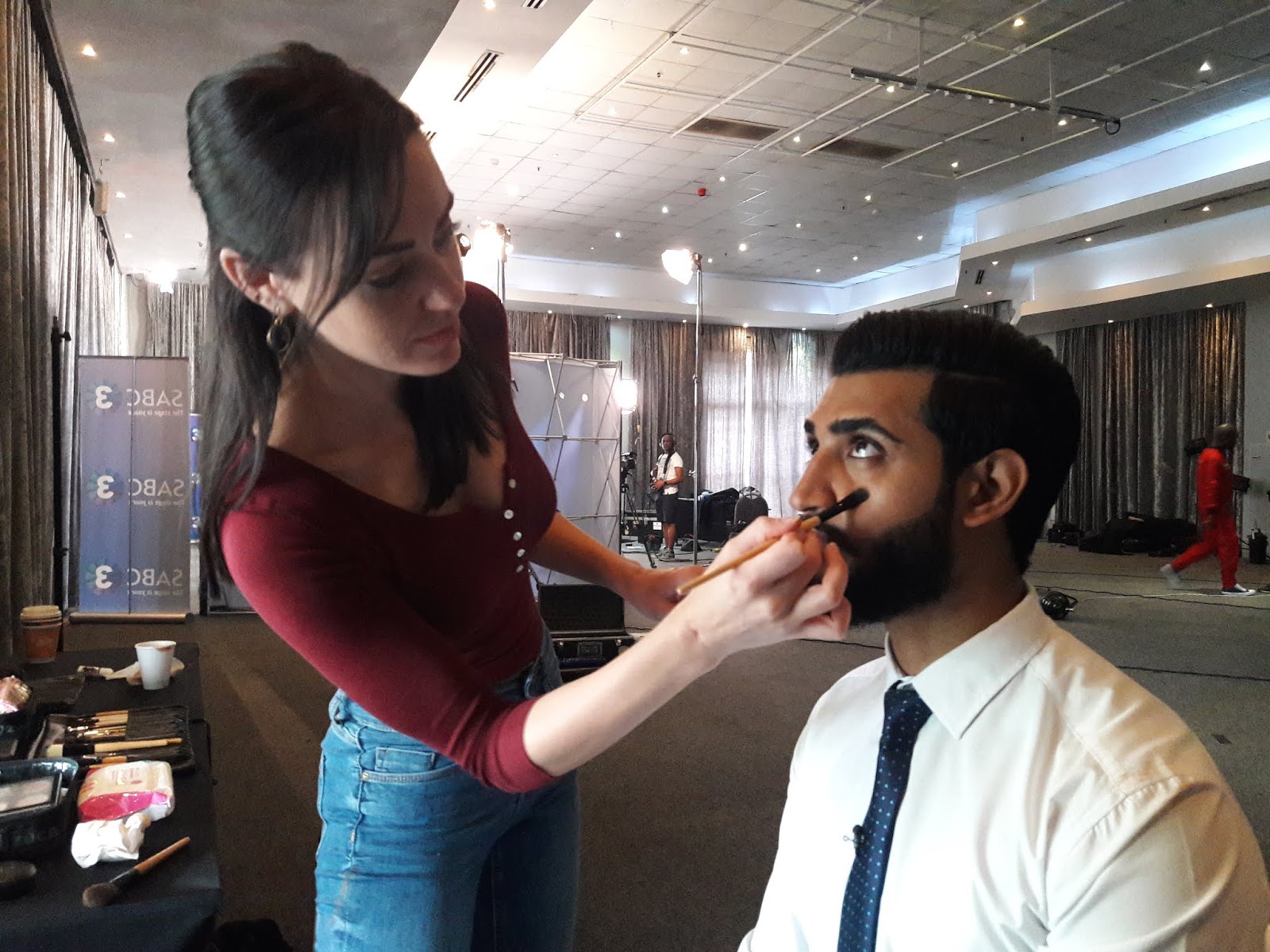 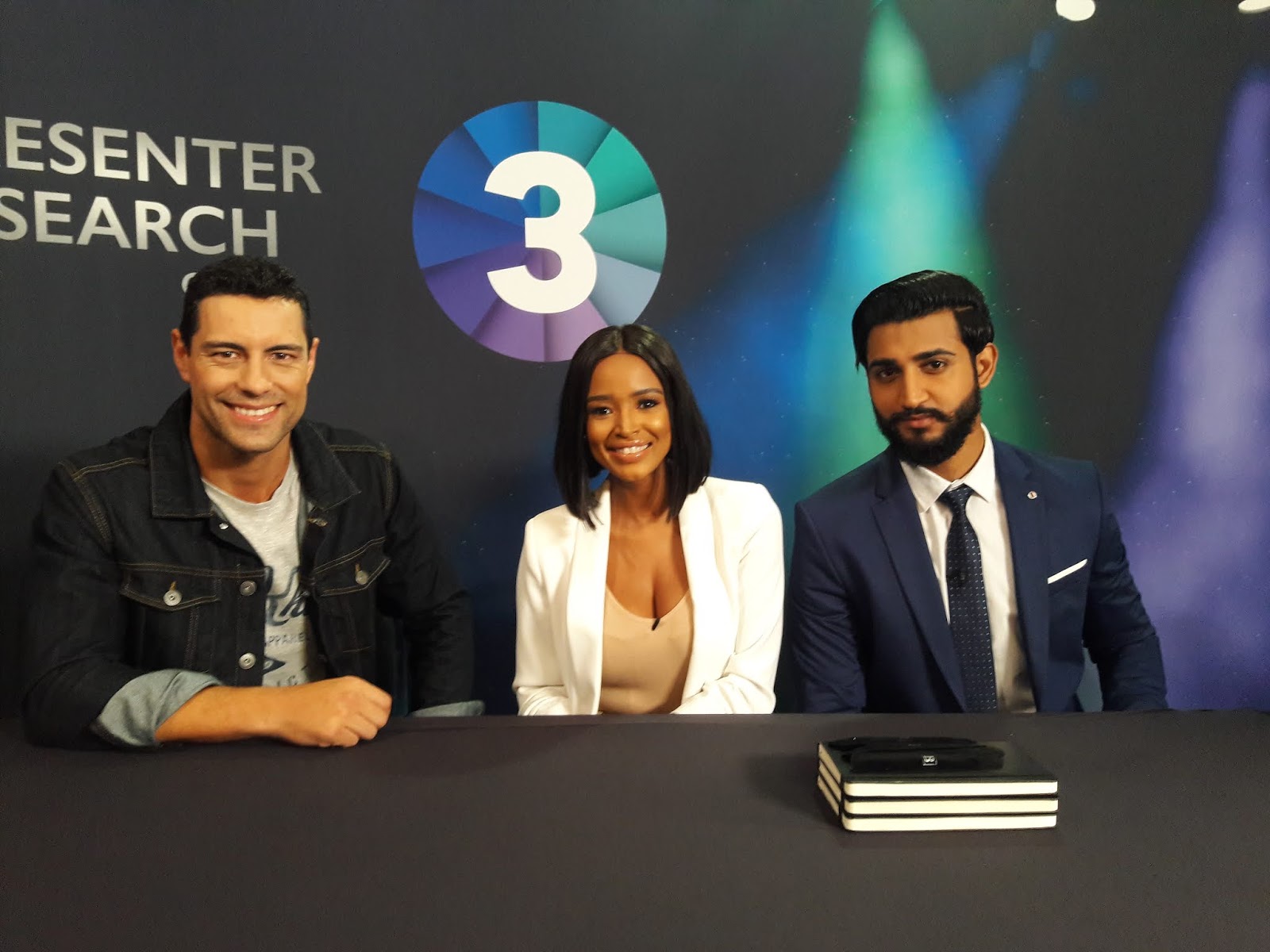 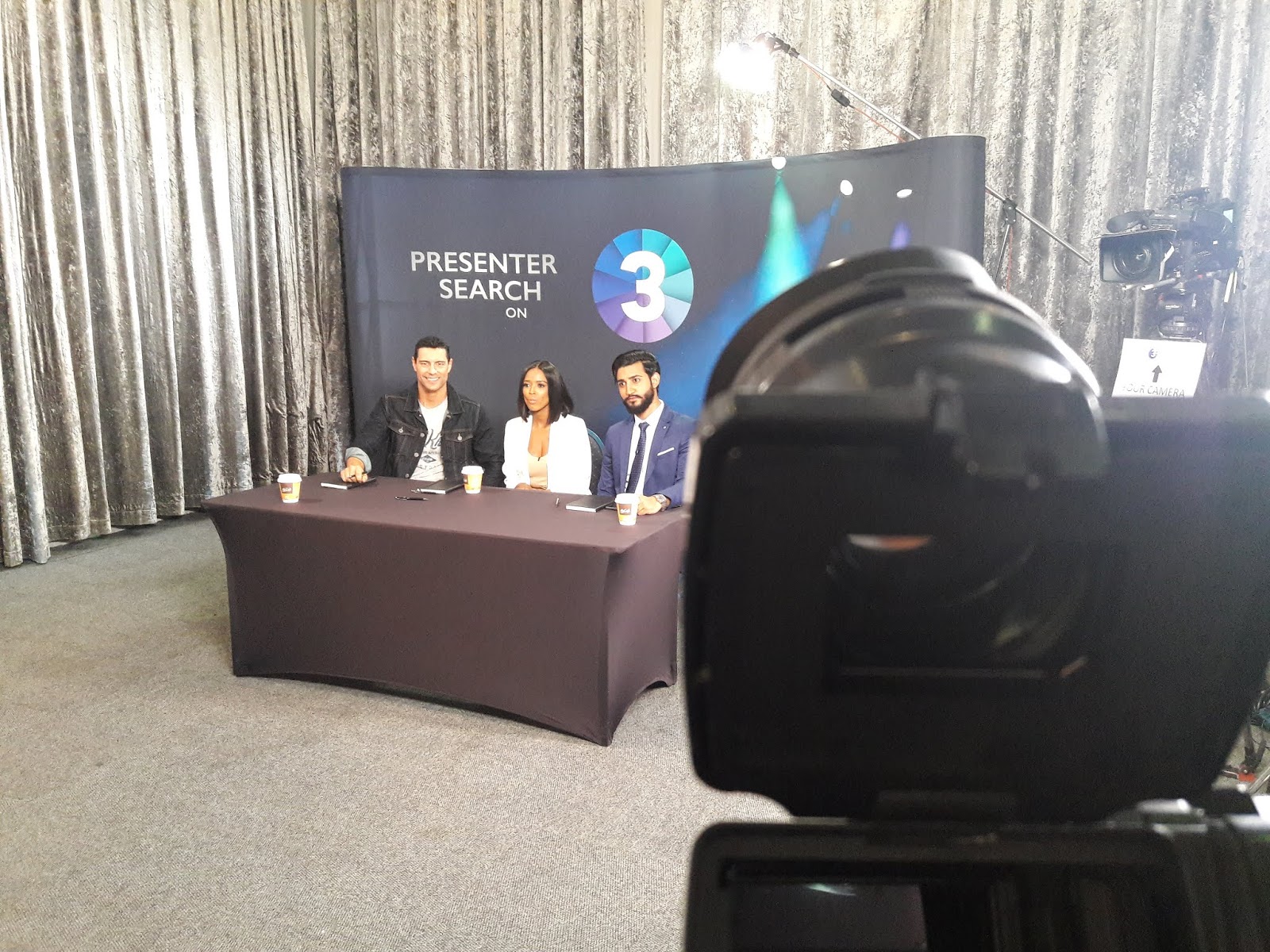 Ntombfuthi Ngema (35) from Umlazi who woke up at midnight and arrived at 04:30 to be the first in the queue at the Durban auditions, told TVwithThinus that said she wanted to enter because "this is me. This is what I was born to do. I know I can do this because I'm the best person for this."

She said she sees herself on Top Billing. "I mean, I can do the movies. Maybe I can be a producer or a talk show host".

Londeka Sishi (21) originally from Port Shepstone but living in Durban, said "I've always been very passionate about people and speaking from a very young age. I've had a lot of hurdles that have prevented me from pursuing my dreams which is media and entertainment. And now I think I've finally got myself in a position where I'm able to pursue it."

She said she didn't sleep the night before. "I'm also a singer, so writing comes naturally to me. In preparation I watched a lot of auditions; a lot of people presenting on TV; and I watched a lot of SABC3. And then what I did was write something that I felt was close to the show that I was auditioning for and I did a couple of takes for my family to give me some feedback and tell me what they thought." 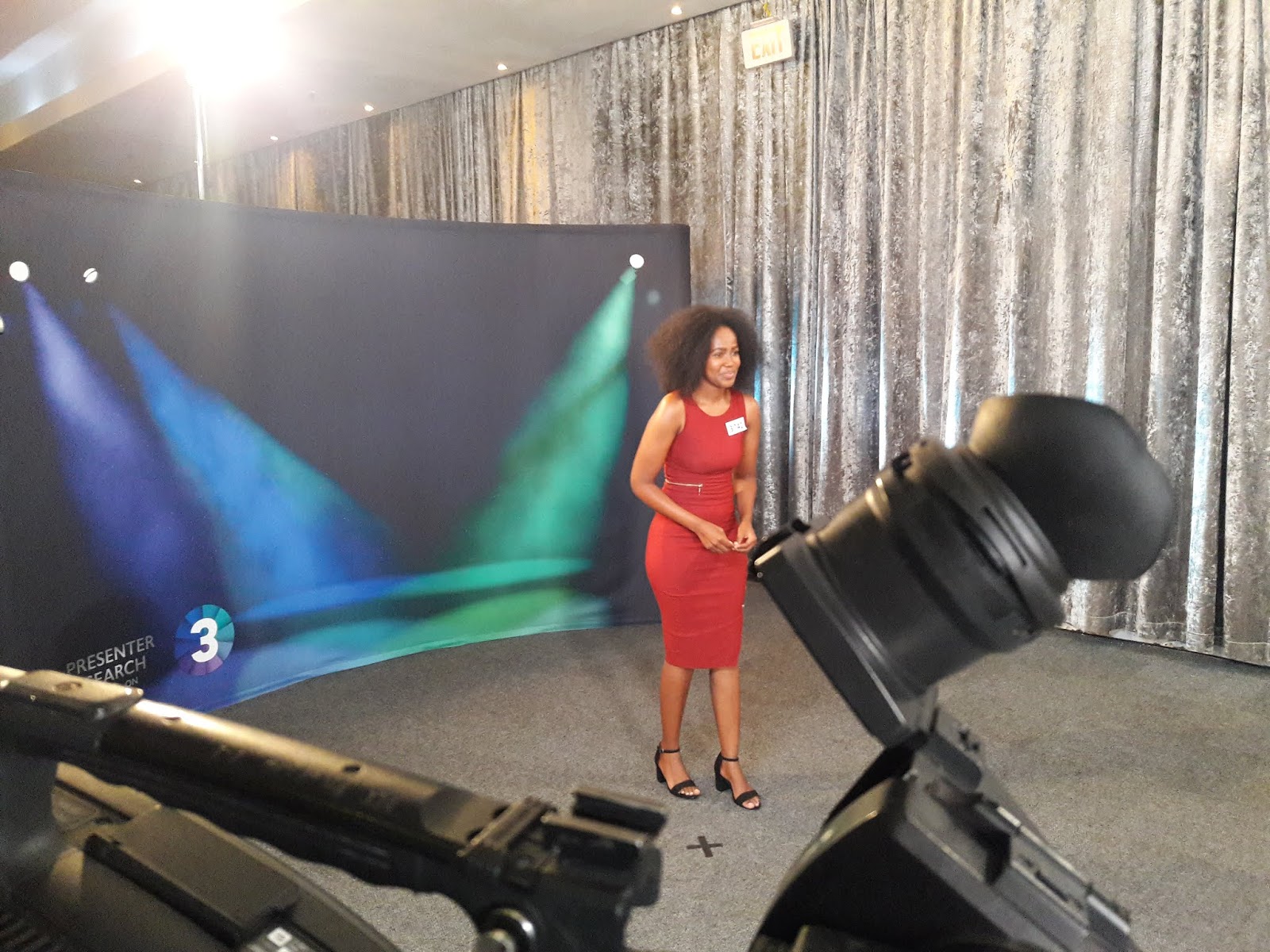 Speaking after her audition, Palesa Tembe (27) from Umlazi, D-section said she decided to come and try out for the chance to become a SABC3 presenter because "I have a background in dancing and acting, but TV presenting has truly been at the core and always been something I've been attracted to. So when I saw this opportunity, I thought who am I not to take it".

She woke up at 5:00 in the morning. In preparing she said "I know that SABC3 has a very beautiful relationship with humour. Everybody is funny and personable, so I just tried to remind myself that whatever I put in my link, needs to truly resonate with the fun-loving atmosphere that SABC3 always puts through to viewers."

"The judges are really cool, really personable, and I really felt a connection with them. So it was a lot more intimidating that what I thought it would be, but they made it so comfortable and truly encouraging."

Zola Myeza (25) from Mount Edgecombe who already appeared in Uzalo on SABC1, said she decided to enter because "it's what I'm passionate about".

"I'm already a radio presenter and in growing my brand this has always been a dream and part of my journey of growth". She described her audition before the judges as "nerve-wracking. You can't ever deny it - especially with some of your role models in front of you being the judges".

Asked what it means for Durban for TV productions like Uzalo to film on location in the city and KwaZulu-Natal and for Presenter Search on 3 to go to Durban to do auditions she said "not a lot of opportunities in the past have been afforded within the city, and just because everything always happens in the City of Gold, as a Durbanite you always dream of 'When I'm done with school I just want to go to Johannesburg to fulfill my dreams".

"A show like Uzalo gives the platform to fulfill your dreams. Even when you're home you can go ahead and conquer your dreams. And it also made people realise that there's a gap in the market. Why can't Durban be the goldmine of dreams? Opportunities can be created here. And stars can be born in Durban. It gives Durbanites that hope that, you know what, you can fulfill your dreams still being at home." 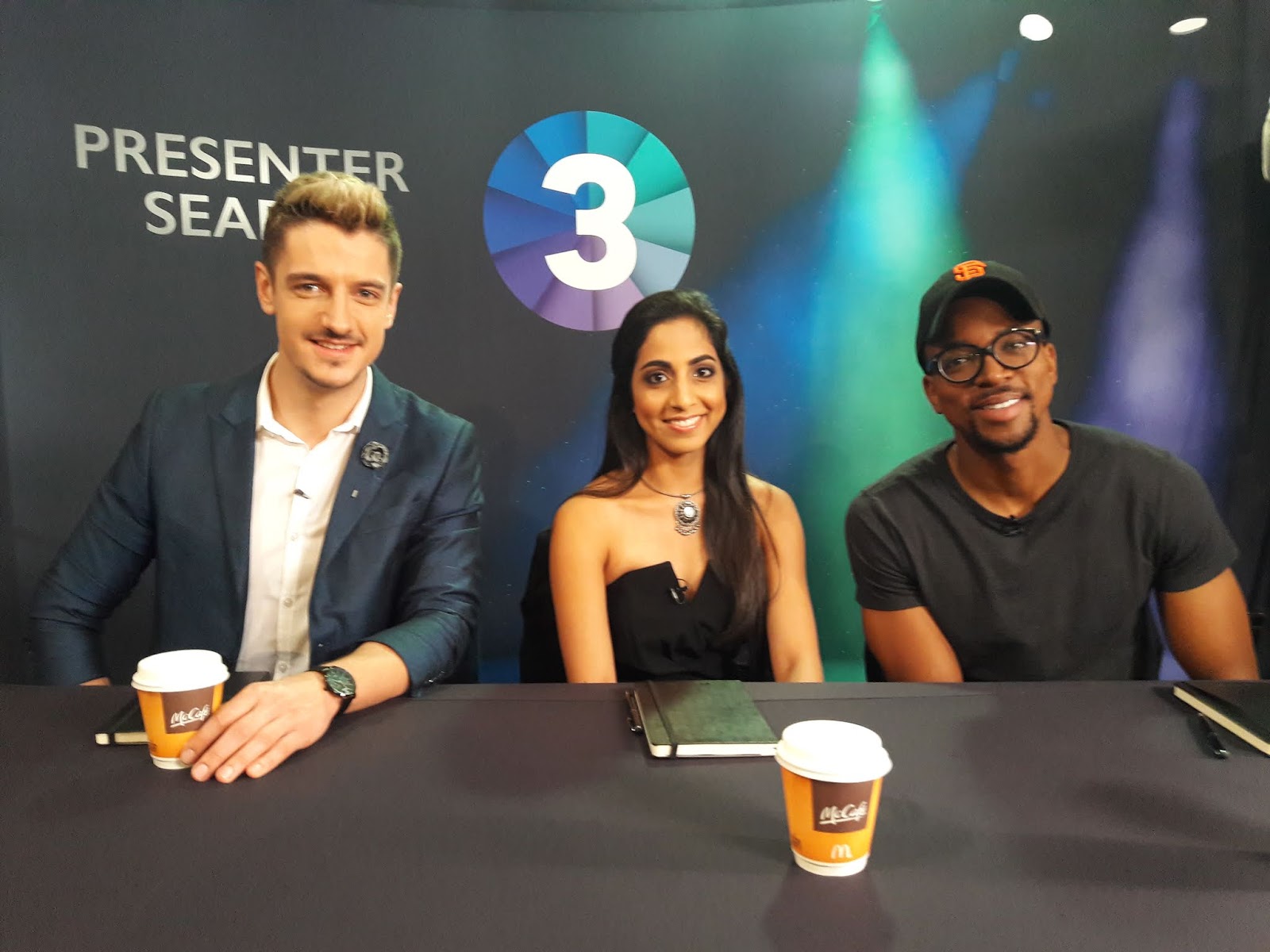 Mishka Gounden from Hillcrest said she decided to enter because her heart told her to do it. She woke up at 04:30 and described her audition as "daunting".

"It's very nerve-wracking, but it's good positive nerves. You do make a few blunders here and there with the lights and the attention and all of the cameras pointing straight at you."

"The pressure is on you, but I have to admit I wasn't nervous at all until I got to the last part of the competition when all of the attention is focused on you. For me personally, I'm very good at improvising, but when you're told on the spot to improvise, under that much pressure, it's very difficult." 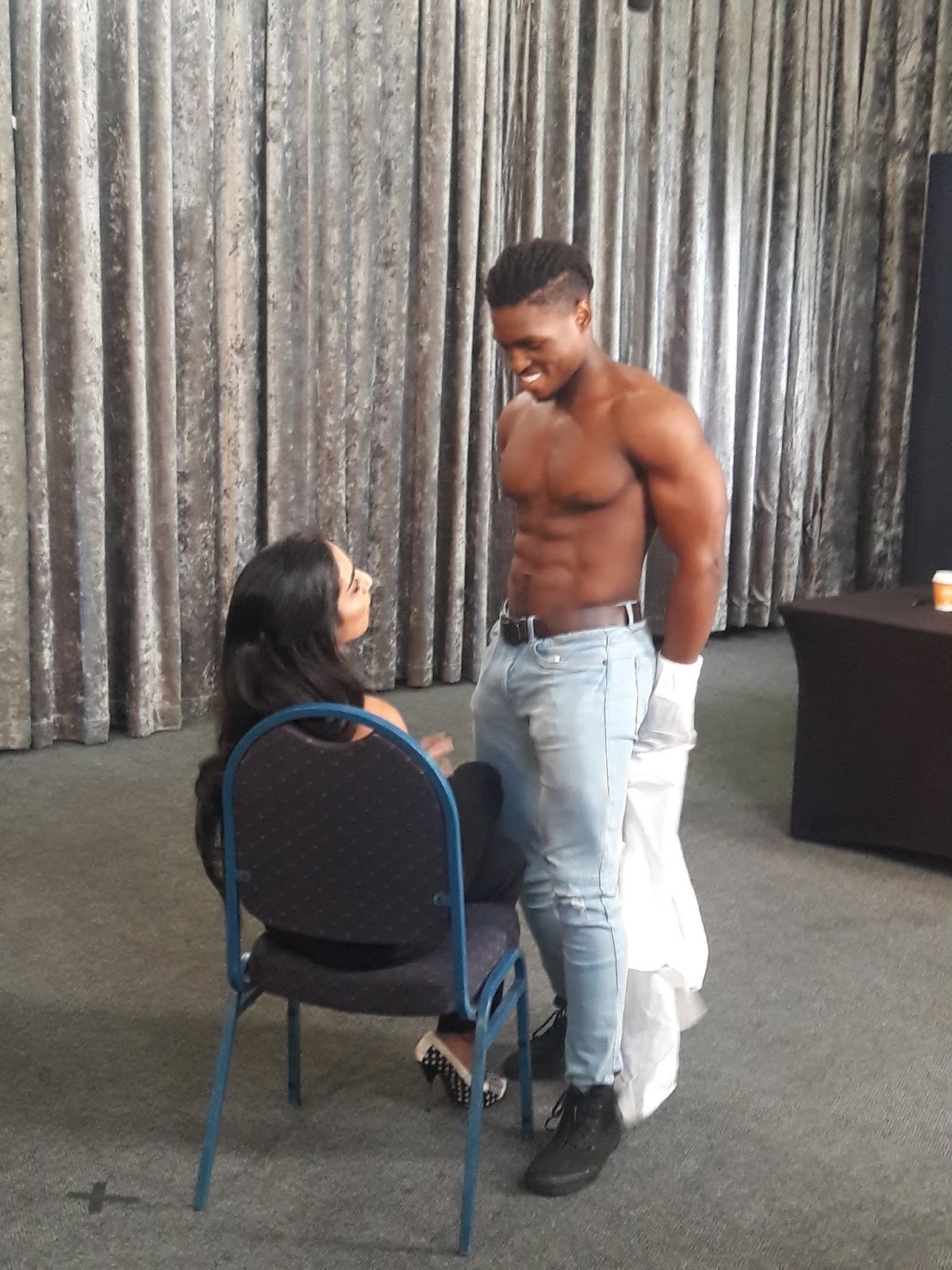 The rugby player Ntandoyenkosi Zuma (18) from Durban who woke up at 6:00, surprised the judges by doing an impromptu strip routine and said the judges responded well to it. He said he was "happy about my performance".

He recently started a male entertainer group with some friends. "In December it's very busy when it comes to events, so we thought we can push something new with the stripping thing."

As a flanker he plays rugby for Varsity College (VCRFC) and said "I love rugby and I'm there to steal the ball every time and I enjoy it; an aggressive part to it, but it's a gentleman's sport. I love it, I really love it." 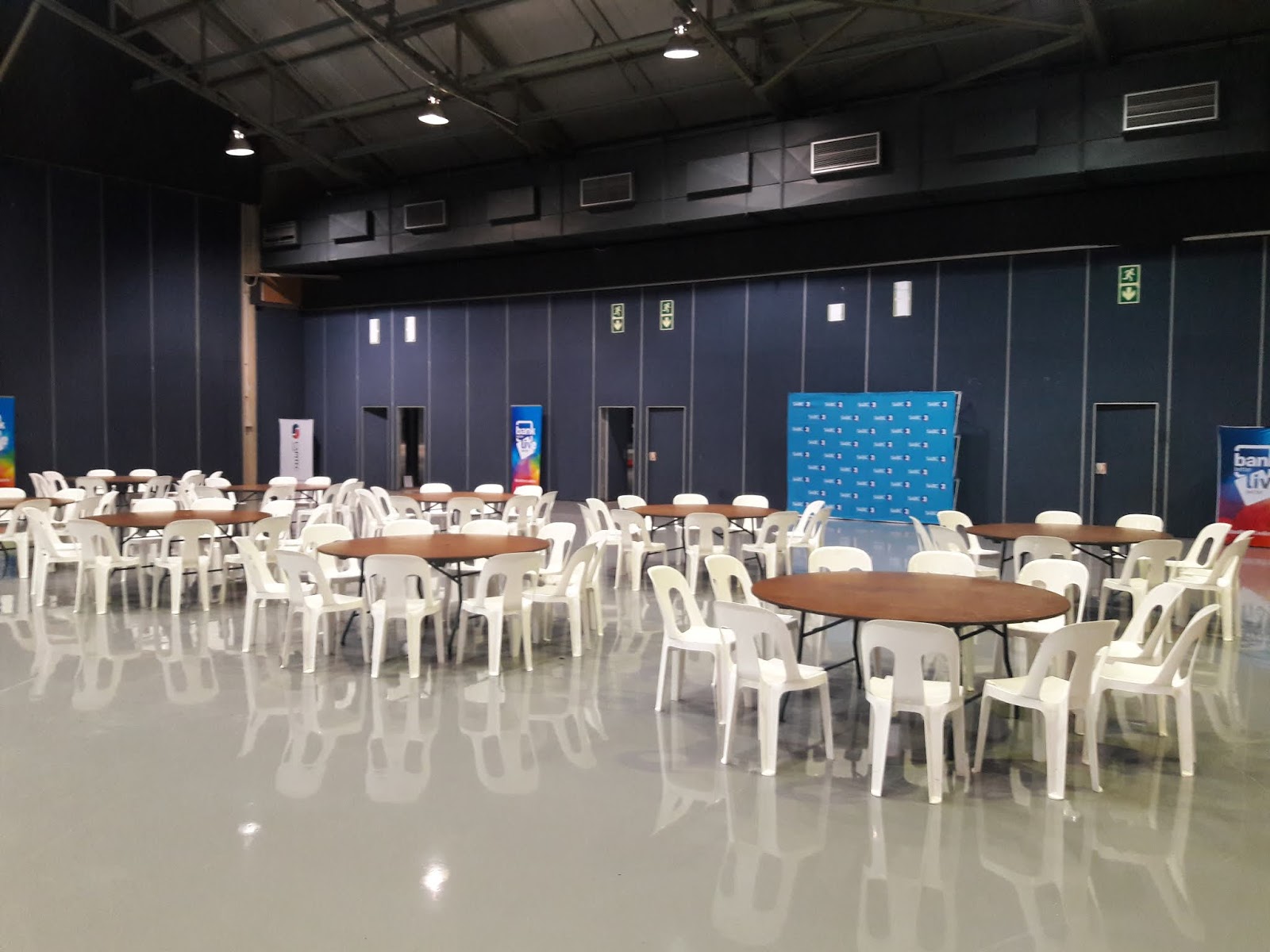 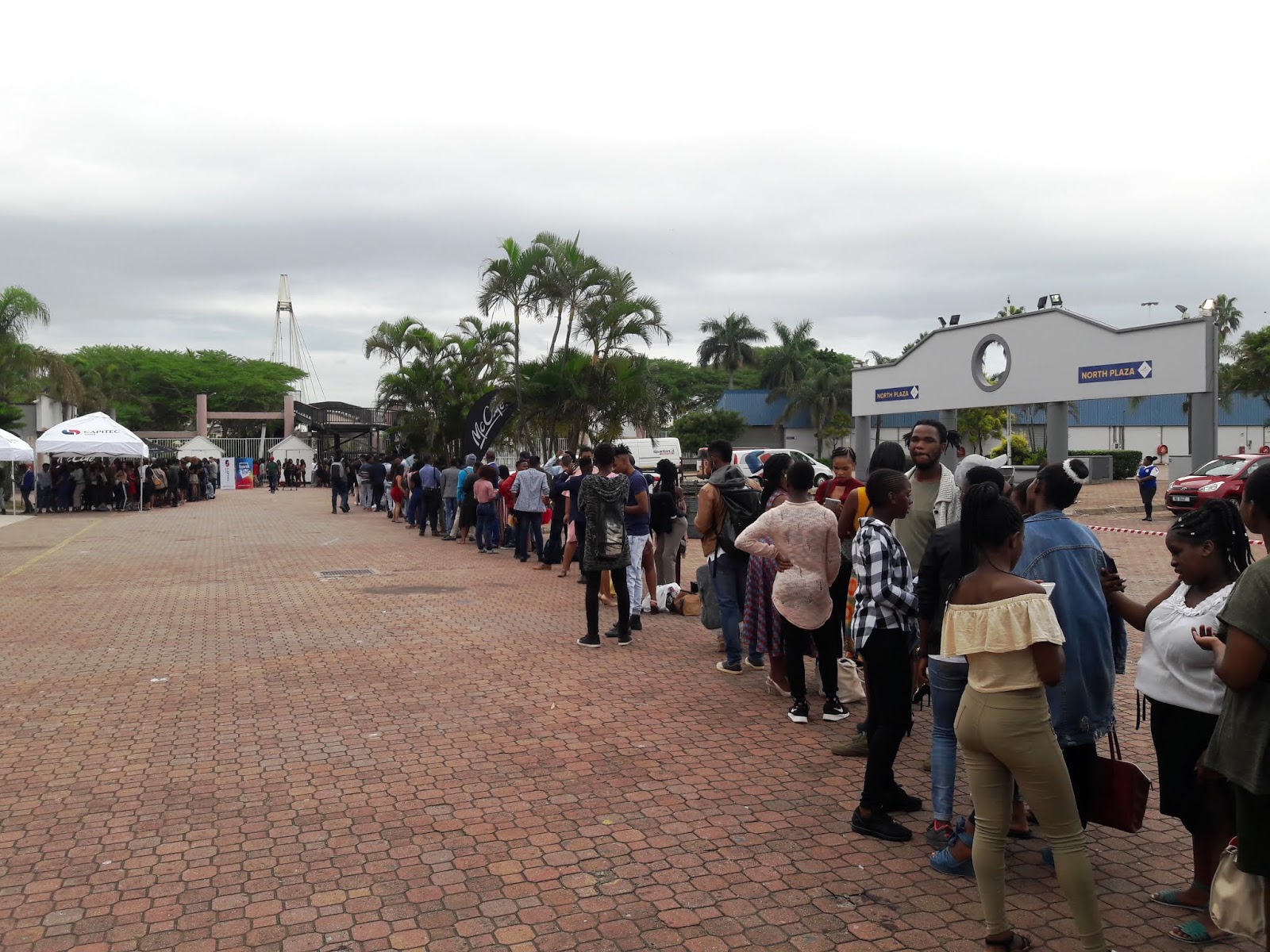 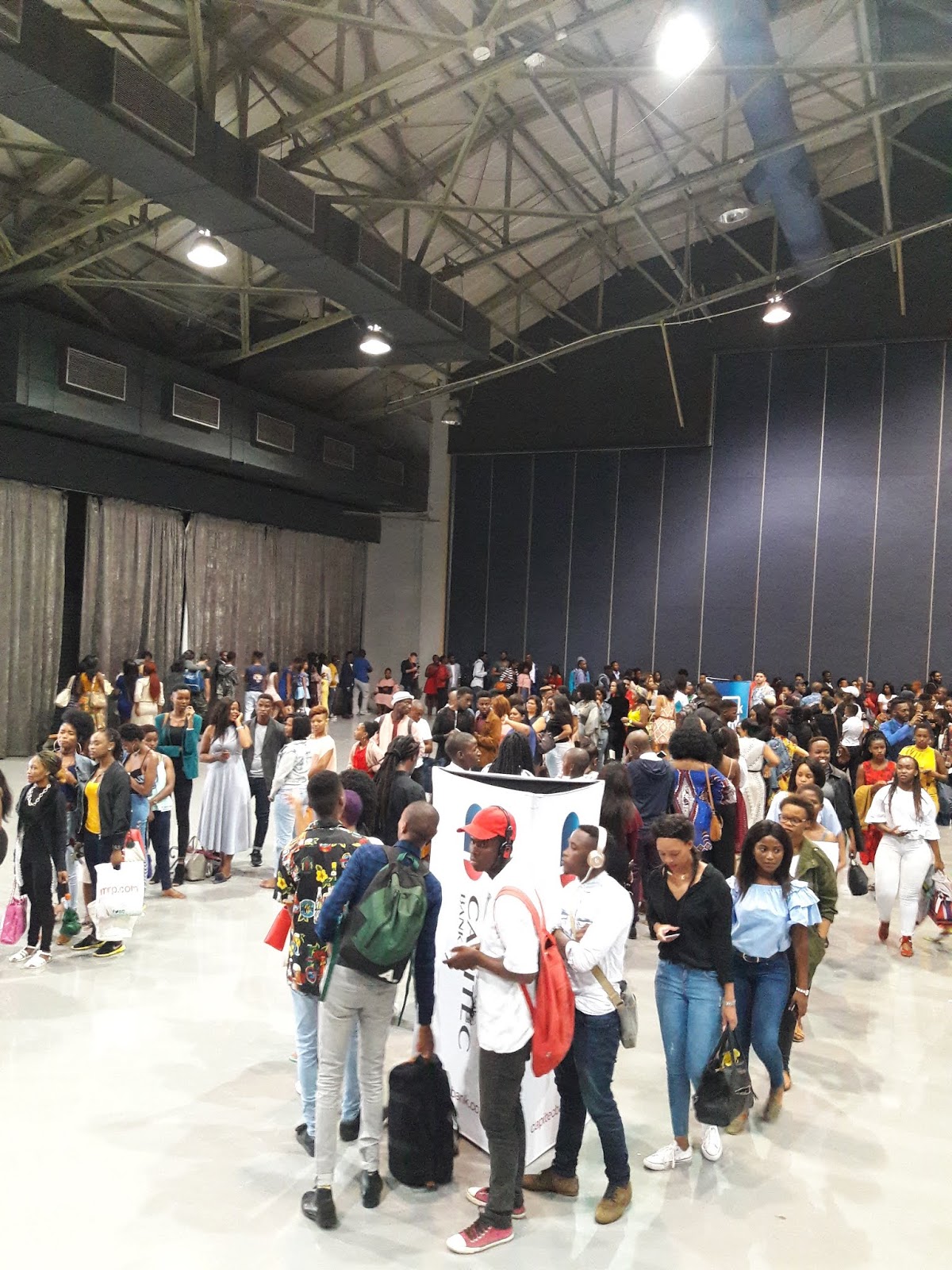 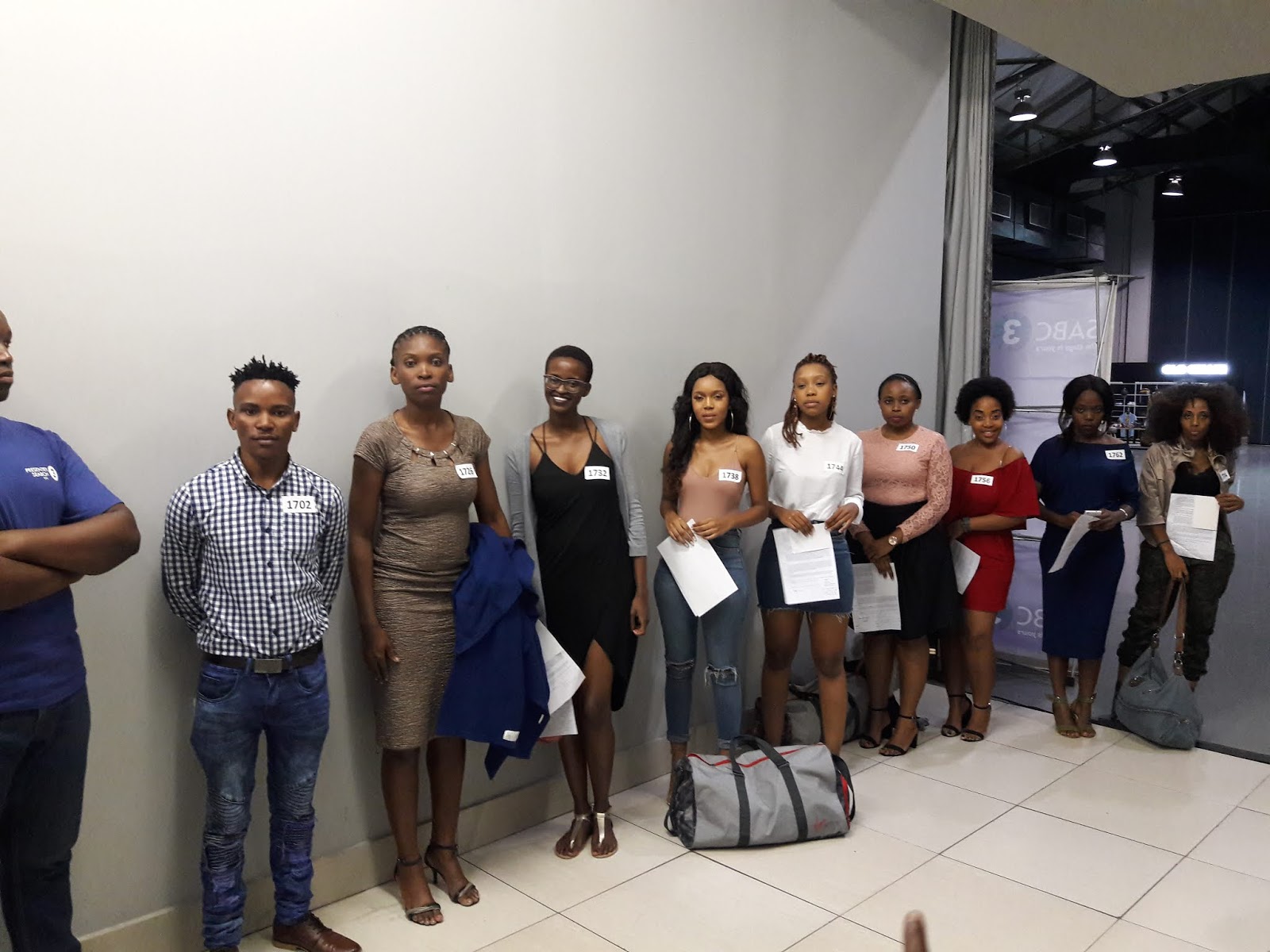 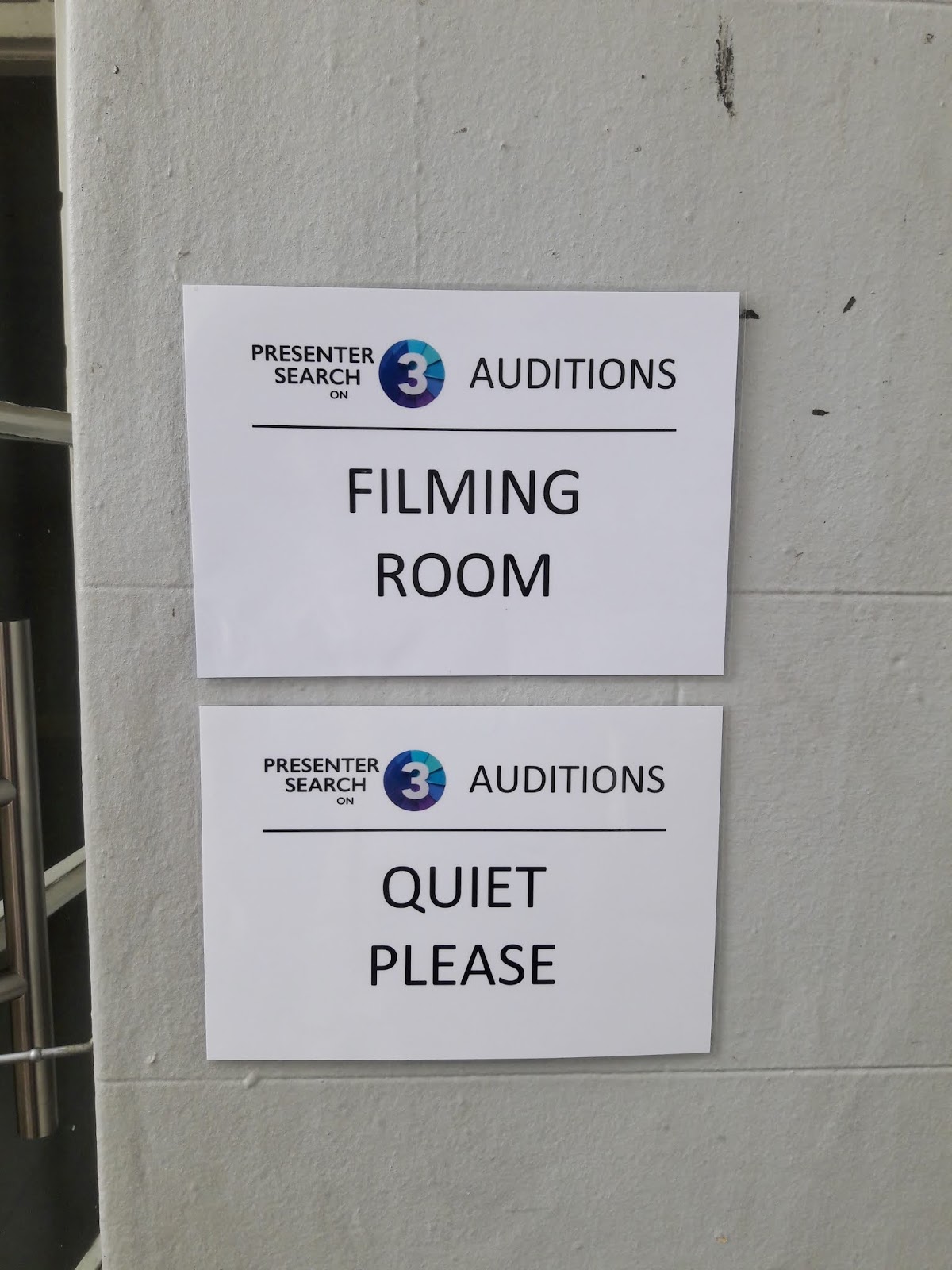 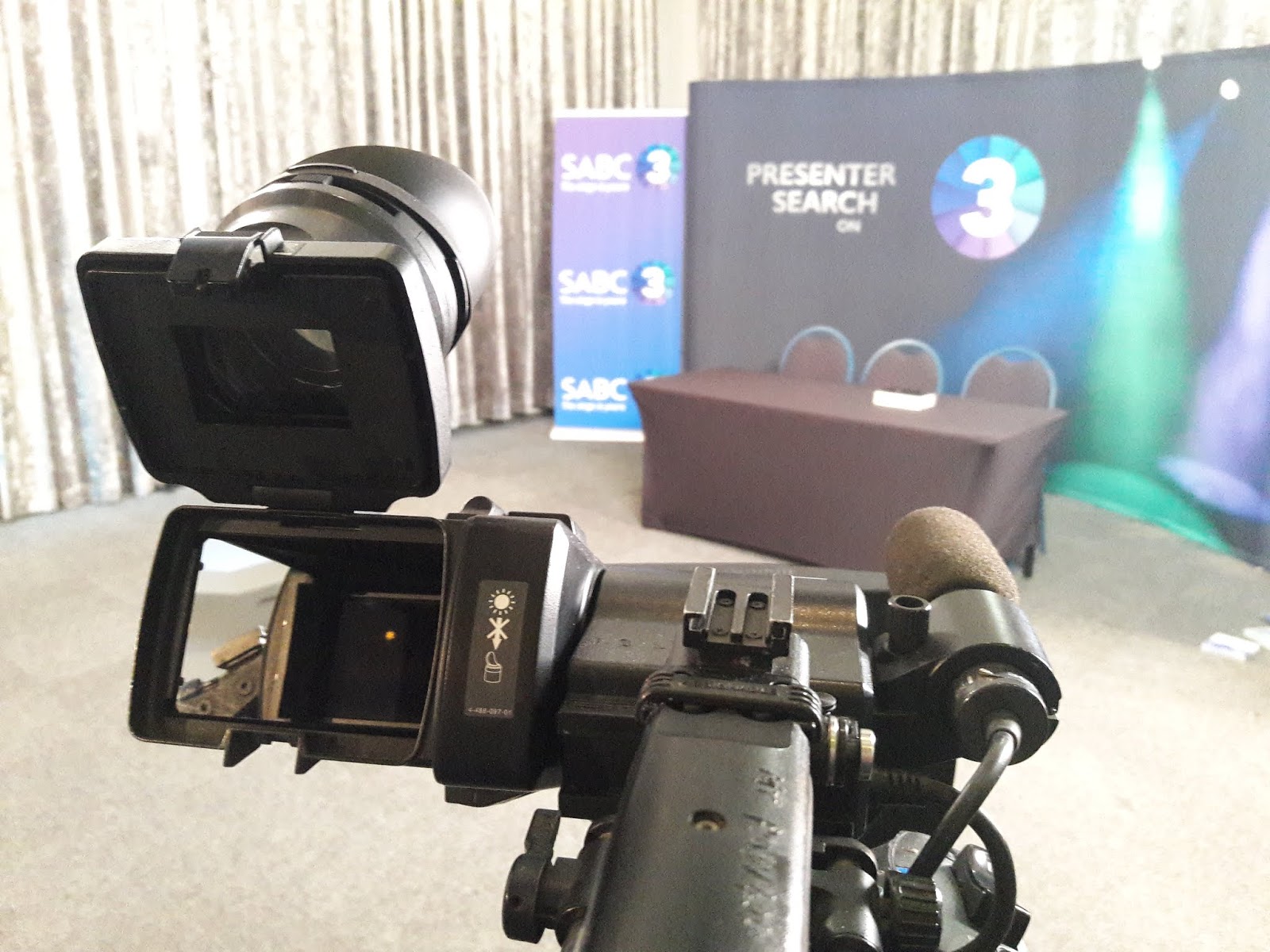 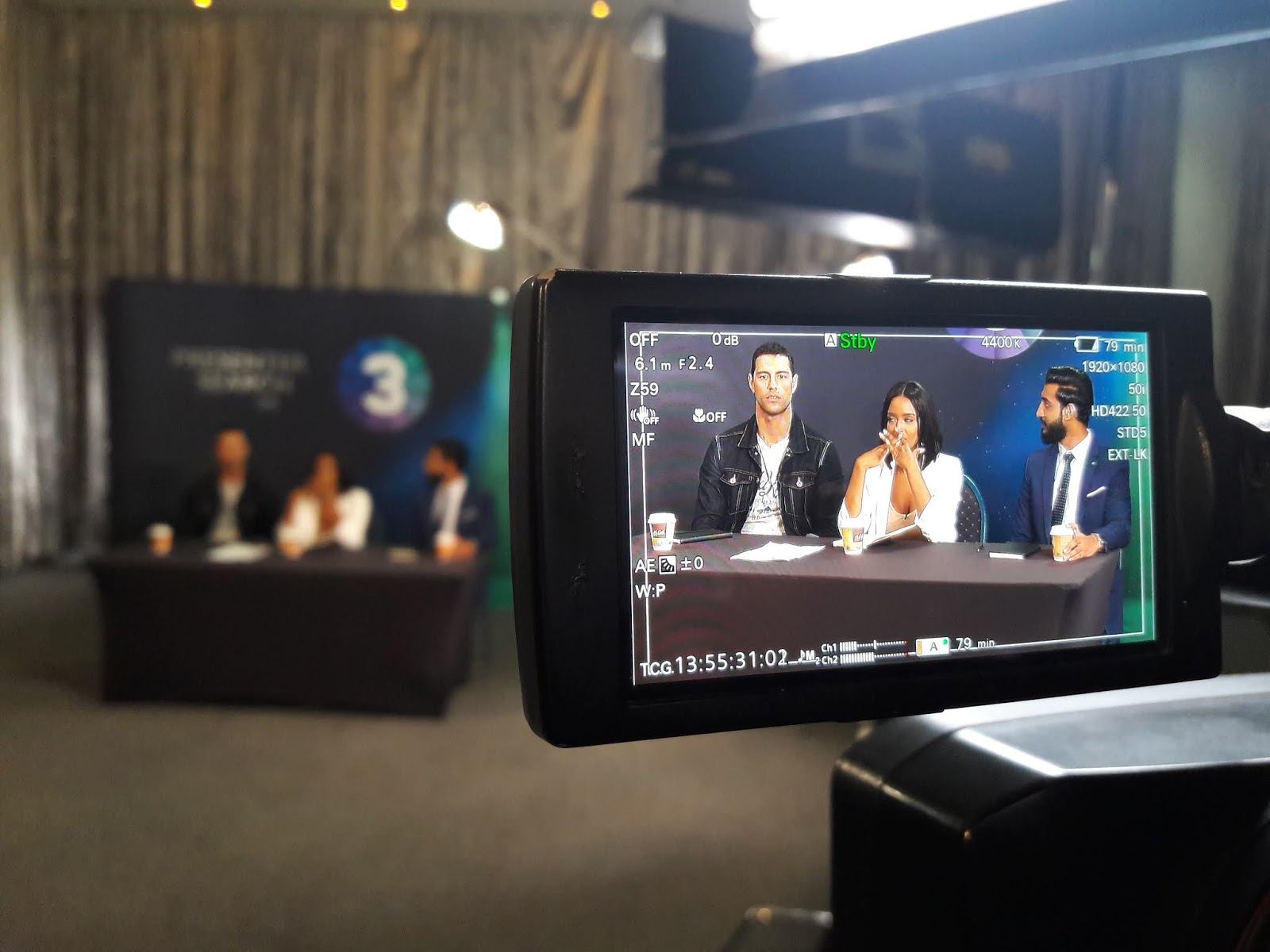 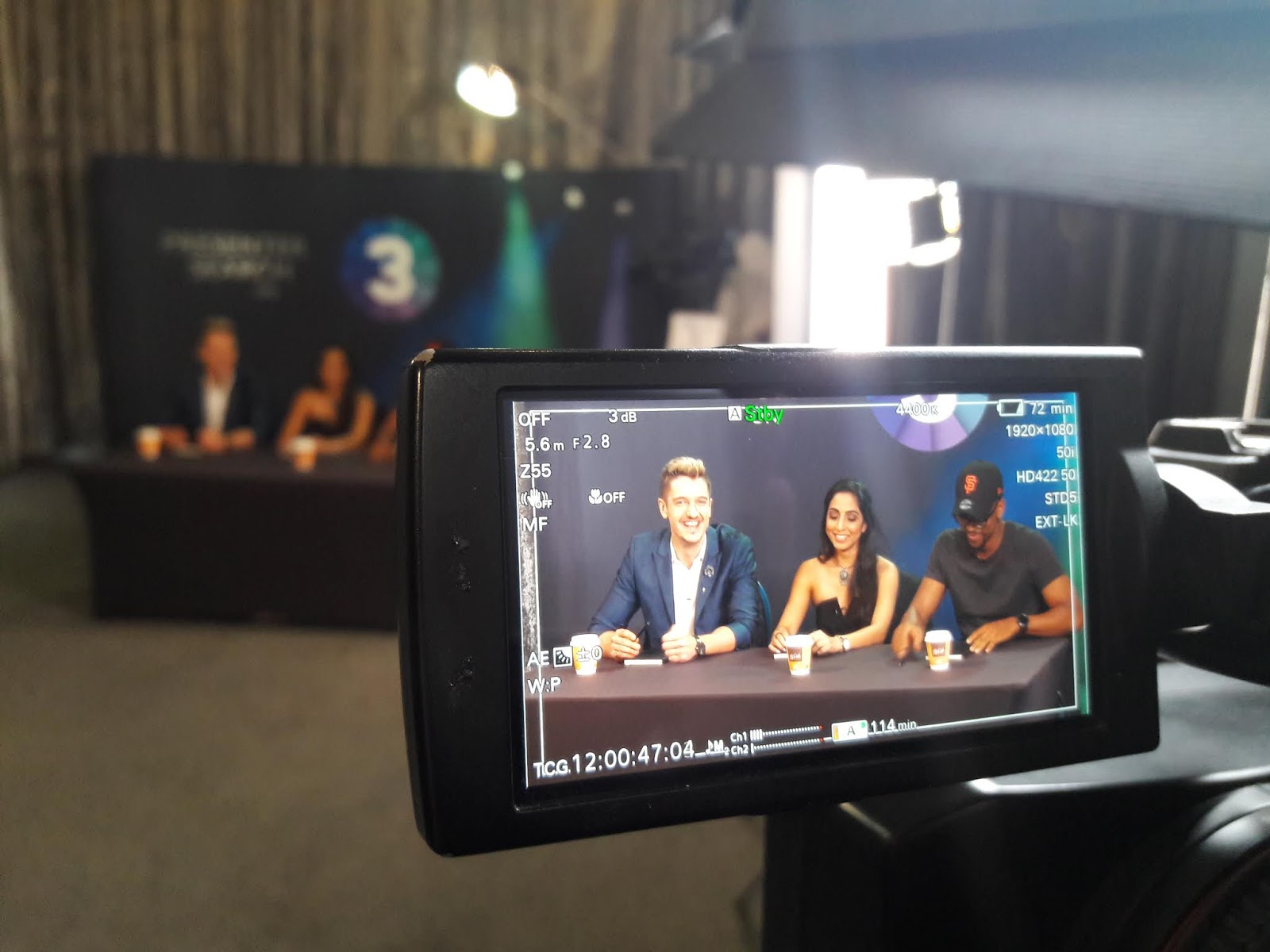 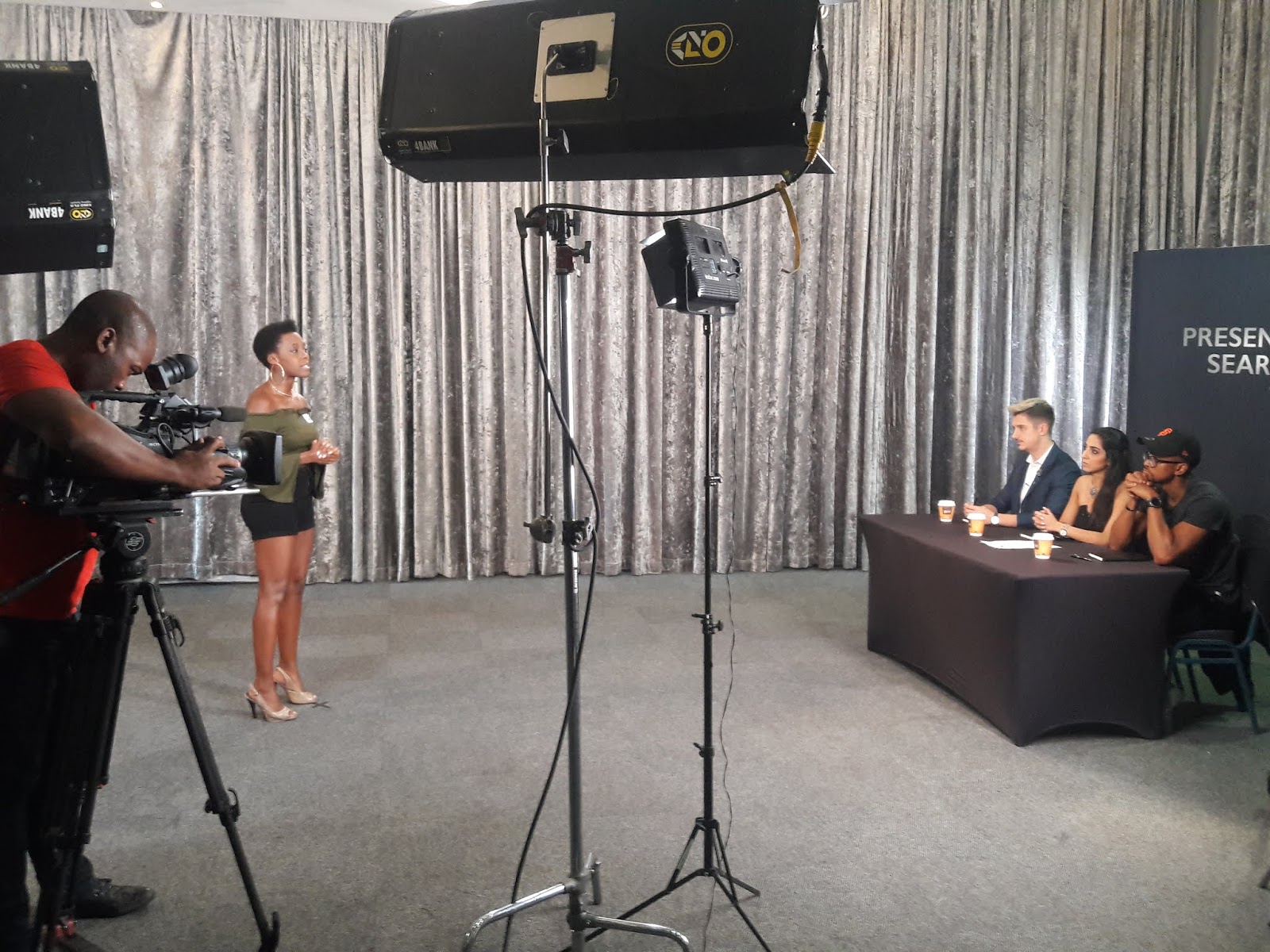 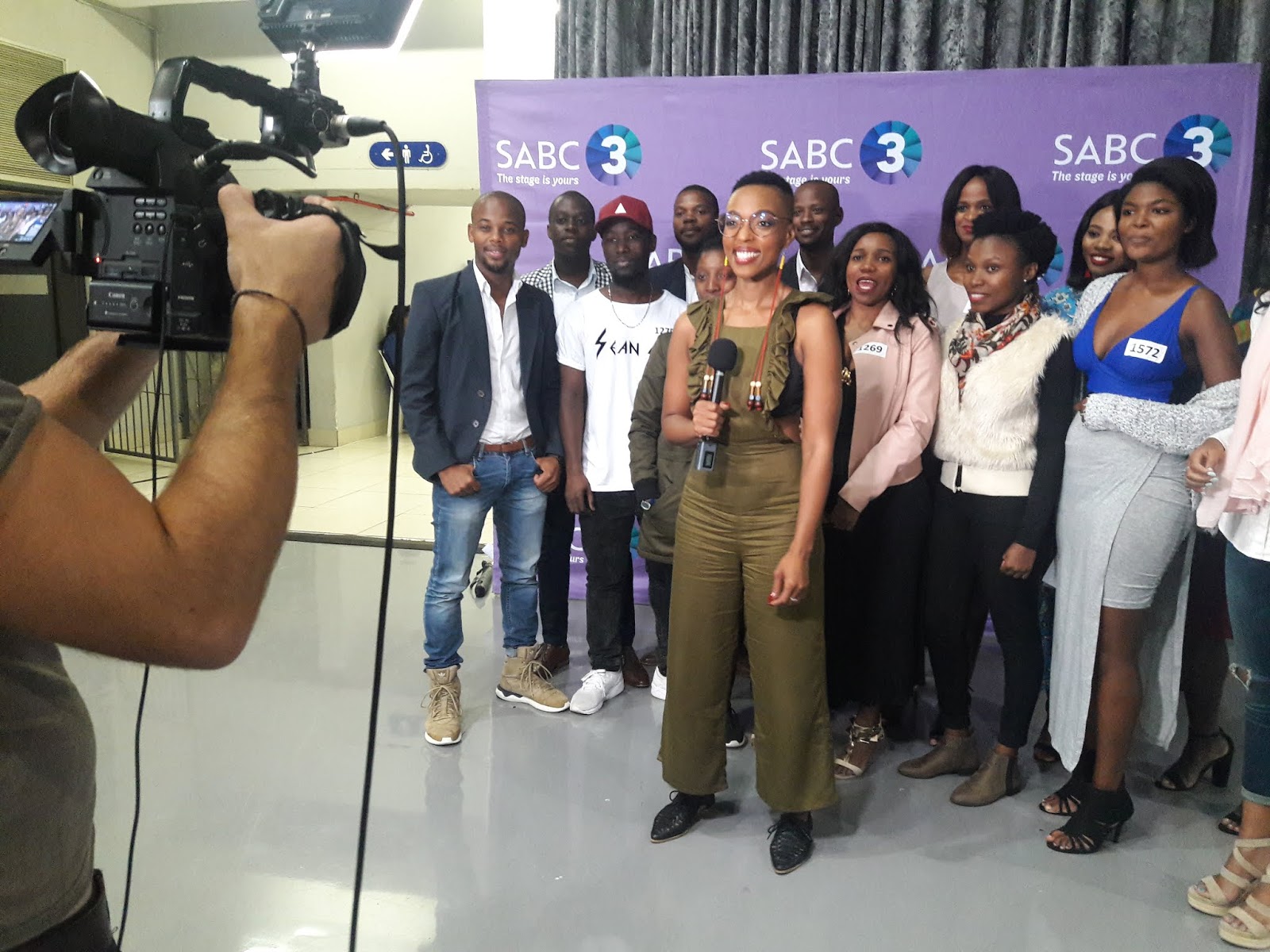 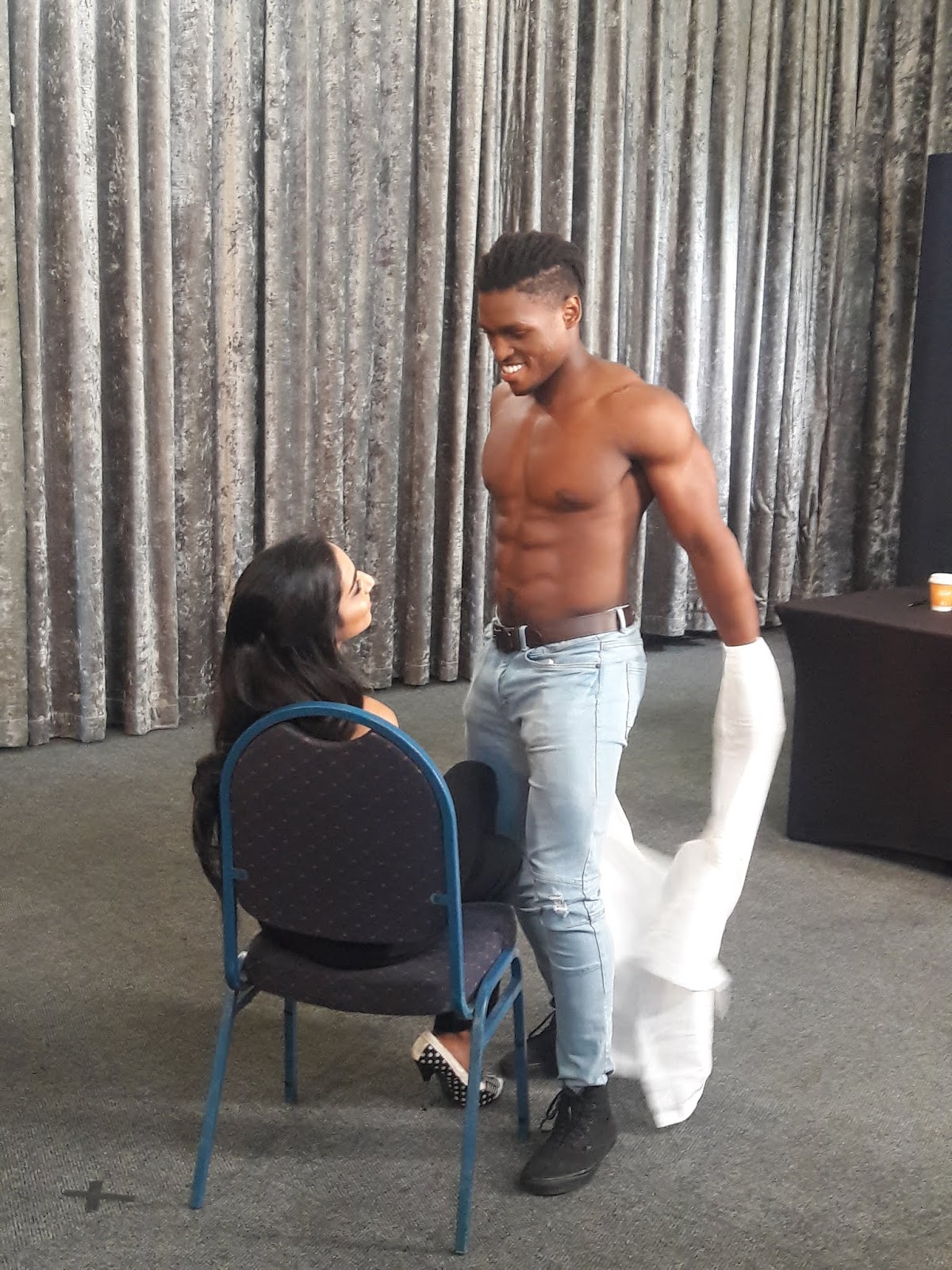 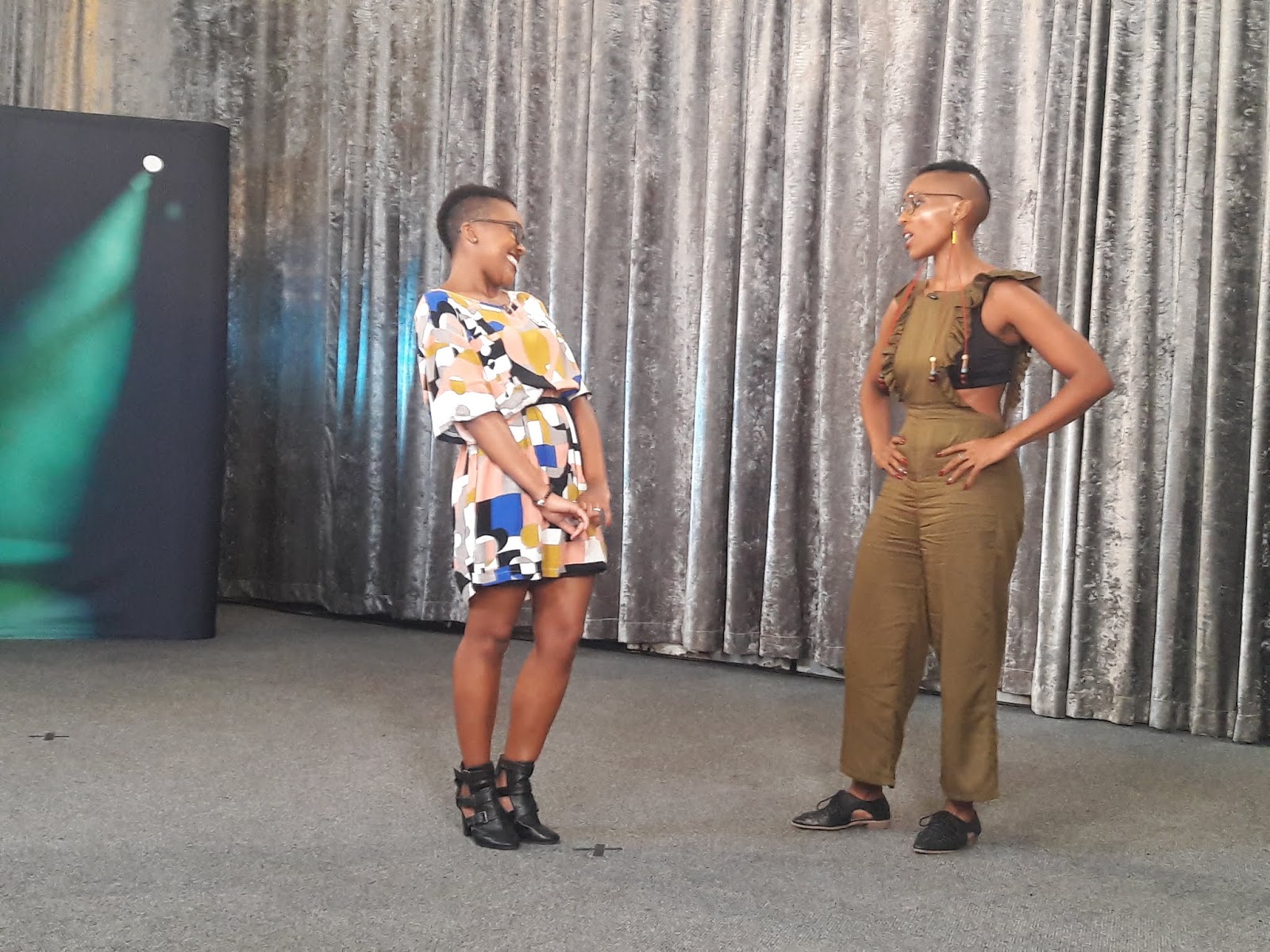 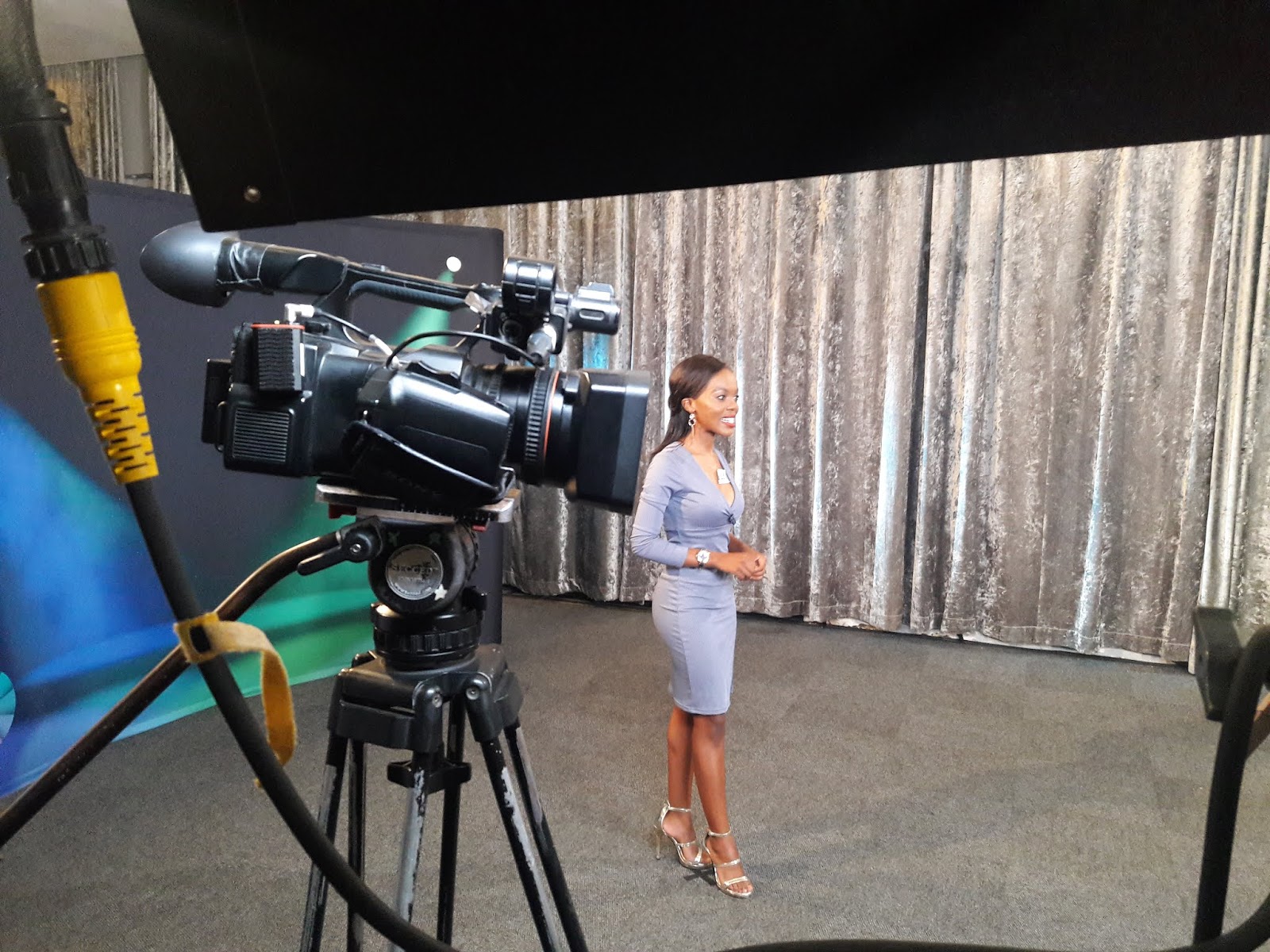