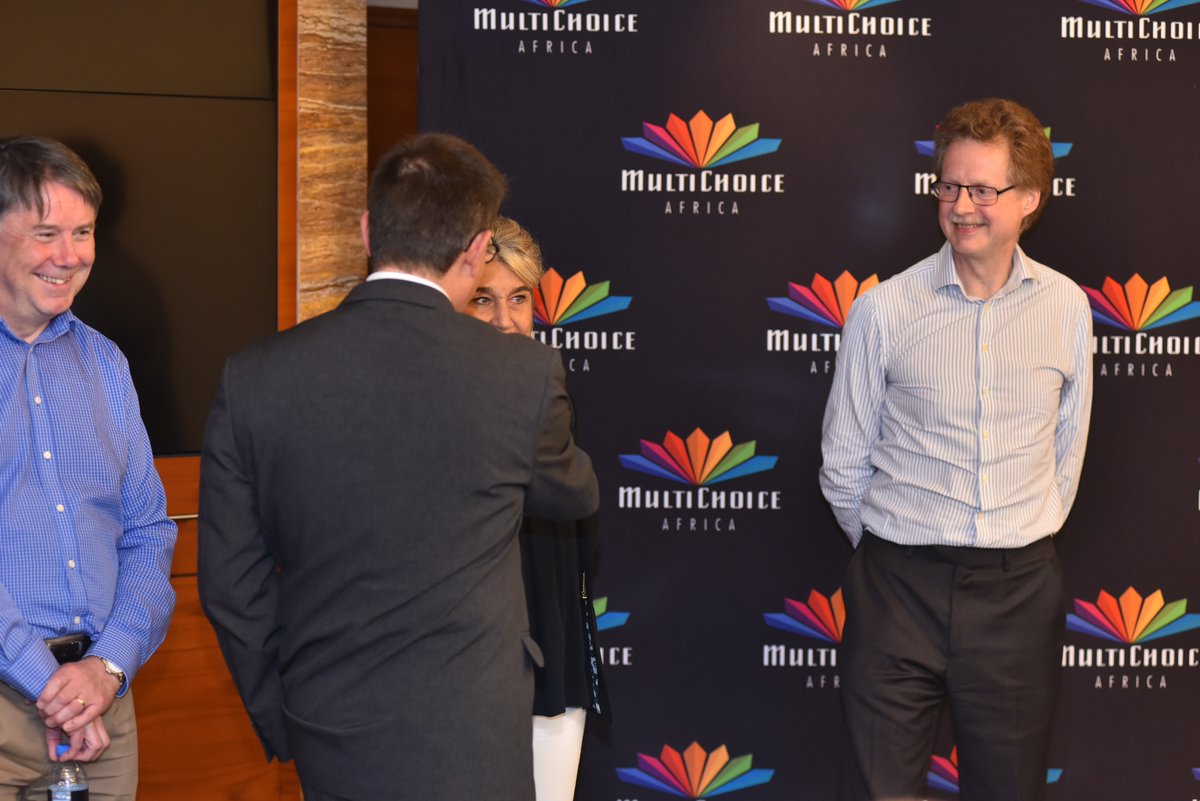 The falcons were fine.

But MultiChoice's disappointing Digital Dialogue conference held in Dubai this past week needs some serious work - here's why.

The 5th edition of the Digital Dialogue Conference took place in Dubai in the United Arab Emirate (UAE) this past week, organised by MultiChoice and was centred around gaining a better understanding of the future direction of the video entertainment industry across Africa as a whole.

Too bad then that the majority of speakers at this year's Digital Dialogue were white men.

While Yolisa Phahle, the CEO of general entertainment at MultiChoice, was one of the speakers this past week, MultiChoice with its line-up of experts addressing conference-goers, comes across as not being able to find accomplished black women working in digital and video entertainment across Africa - or not bothering to even try.

Of course it's not a race or gender thing, but one would think that a Digital Dialogue Conference from Africa for Africa, organised by a pan-African company like MultiChoice, would work harder and put more actual effort into not just having a line-up of guest speakers who more accurately reflect both its content makers as well as its existing audience demographics, but also coming up with a line-up that would be somewhat aspirational in showcasing who the African continent's TV and digital movers and shakers are and soon could be.

Why were the majority of sessions presented by (white) men when Africa's gender ratio shows that there are more women than men living on the continent?

The same goes for the media that MultiChoice decided to invite to its digital desert doodle.

Nothing wrong with black men, but where exactly are the young upcoming women? Yes, some women were invited and attended, but the conference had a majority of black men as attendees, listening to a majority white men speakers list, talking about Africa, in Dubai. 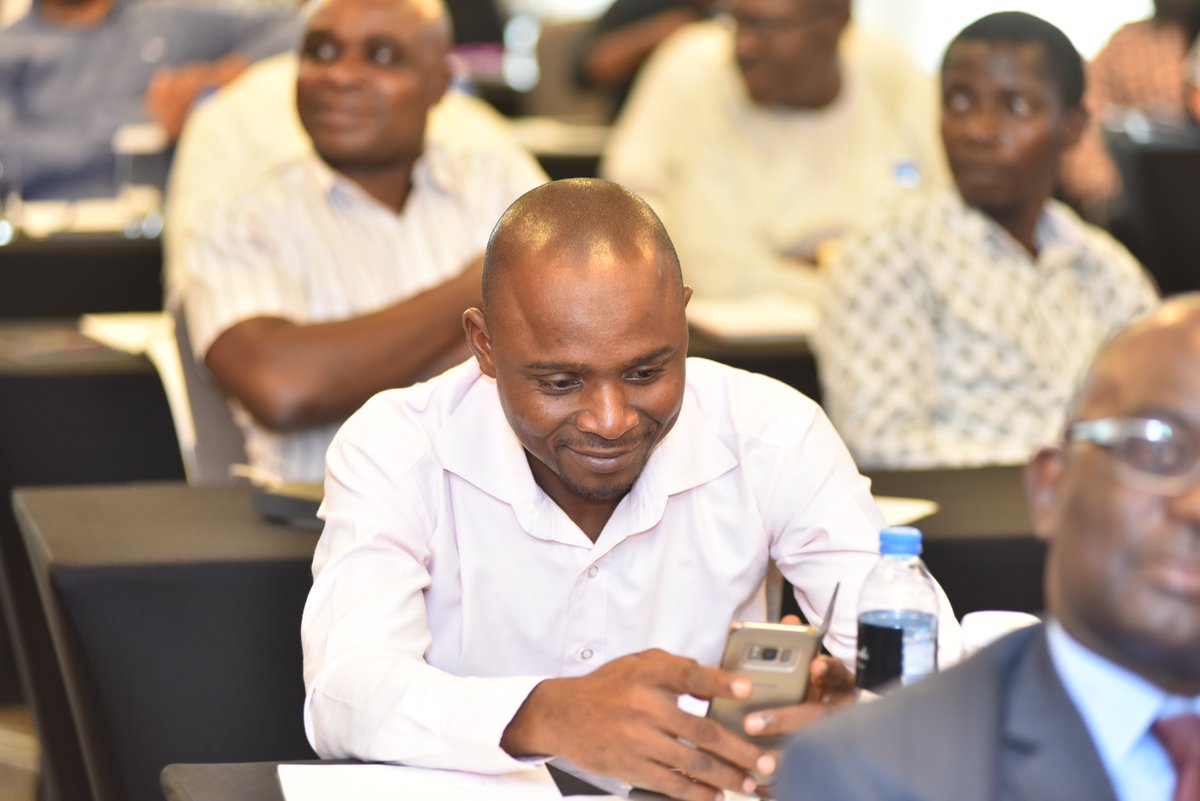 It should be more important, and matter more, to the organisers of the MultiChoice Digital Dialogue Conference to visibly show and reflect in its make-up and overall presentation a bit of that "ideal future" - always a step ahead of us - that civil society and companies are striving towards.

The bottom line: The Digital Dialogue should include more women - both as speakers and as attendees.

Another big problem: You'd think something with the words "Digital Dialogue" in the title of a conference would be streamed online so that interested press who MultiChoice didn't invite and couldn't bother to include, or members of the public who might be interested in the topics and discussions, could follow along.

If not streamed, you'd think that the speeches of a digital dialogue conference would be made available online - on for instance YouTube, similar to TED talks. Sadly MultiChoice can't be bothered.

The same goes for transcripts of speakers' speeches - or rather the absence of it.

If you weren't in the room to actually hear what someone like expert David Abraham had to say and explain about the fascinating new trends shaping and impacting traditional pay-TV, you won't know. There's no transcript available about exactly what he said, and the lame-duck looking press invited to actually cover the conference, even days later, couldn't bother to actually report it.

Which brings us to the media. Who really are these so-called media people MultiChoice invited to Dubai? And what exactly is the return on the investment (ROI) of flying reporters from Africa to Dubai, and staying at the Kempinski Dubai, who then don't, well, report?

Where are the reporting about Africa's transition to digital terrestrial television (DTT)? DVB-T2? The thought-pieces unpacking what Afrofuturism is and what the Ghanaian science fiction writer Jonathan Gotse shared?

Where are the litany of stories sharing what experts said about what the rest of the world learnt from digital migration, that could help people working in TV and digital and video content creation in Africa now?

The irony isn't lost on this journalist, based in Cape Town, South Africa right at the very southern-most tip of Africa, that he's trying to cover a conference that is about this continent and its video entertainment and digital future, taking place opposite the continent's northeastern-most border, and trying to cover it better than media actually attending it but doing next to nothing.

There's really something very big wrong when the type of media MultiChoice invites to these things are super quick to pen articles about falcon shows, camel rides and dune driving in Dubai than actually covering a conference that is, after all, about Africa's transition to a digital media environment as its supposed main focus.

And speaking about camel rides - you'd think a conference in Dubai (that is about Africa) would rather include as part of the itinerary things that are more closely linked not with tourism and jolly-vacay experiences but the actual subjects and overall themed topics of a conference, like maybe a visit to a digital animation studio, or the sprawling Dubai Media City or Dubai Studio City.

It's really disheartening and disappointing trying to cover something like a Digital Dialogue conference that itself seems trapped in somewhat of a bubble world that, even for Africa, harkens back to an outdated analogue era.


ALSO READ: MultiChoice entertainment boss, Yolisa Phahle, warns Africa's TV biz: With more choices than ever, we have to find new ways of engaging better with viewers, as shiny substitutes Netflix, Facebook and YouTube are ready to eat our lunch.

ALSO READ: Amidst an digital avalanche of information bombarding consumers, the TV biz will need to work harder to create fans of content in the attention economy, says Anthony Lilley at MultiChoice's 5th Digital Dialogue.