M-Net on Dancing with the Stars SA: No confirmation of a 2nd season yet, says 1st season was 'crazy, chaotic, fun, scary, but so rewarding' - and brought the magic back for us. 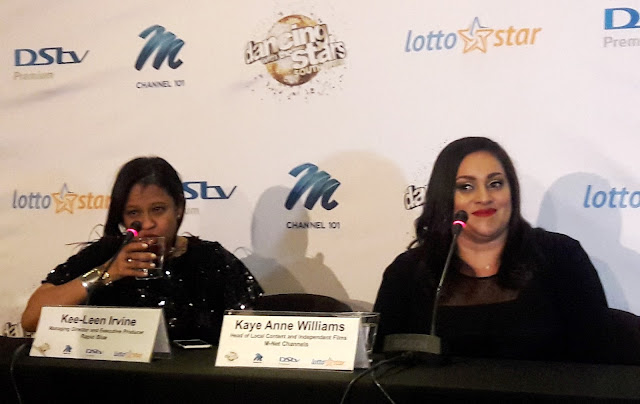 M-Net (DStv 101) says it can't as yet confirm that there will be a second season of Dancing with the Stars South Africa but the pay-TV broadcaster's head of local content described the just-concluded first season of the BBC's glitter floor dance format's revival on M-Net, produced by Rapid Blue, as "a mixed bag" that was "crazy, chaotic, fun and scary but most of all rewarding" - and a show that "brought the magic back for us".

This past Sunday night, Kaye-Ann Williams, the head of local content and independent films for M-Net channels; Kee-Leen Irvine, managing director and executive producer at Rapid Blue; and winning dance pair Connell Cruise and Marcella Solimeo did a Q&A with the media at a press conference immediately after the conclusion of the live broadcast of the Dancing with the Stars SA first season finale on M-Net.

TVwithThinus asked Kaye-Ann Williams whether M-Net will be doing a second season and if so, when it will be scheduled.

"I can't confirm a second season just yet, we will go through a process and then make a decision after that," said Kaye-Ann Williams, the head of local content and independent films for M-Net channels at the press conference.

"With regard to the first season of Dancing with the Stars SA I think we started discussing this mid last year, and Jan du Plessis, M-Net channels director is such a fan of Strictly Come Dancing UK and so is Yolisa Phahle, CEO for general entertainment at MultiChoice, and so am I, that just, you know, the dream of being able to do this seemed quite big."

"So when we started our discussions we knew that doing this would be dependent on various 'ingredients' - the right judges, the right celebs, the right professional dancers, producers and all hands on deck."

"So this past season has been a mixed bag for us. It has been crazy, it has been chaotic, it has been fun and it has been scary. But most of all it has been so rewarding. Because in its entirety - from the cast and crew to the dancers and the pro dancers - everyone had been 100% committed."

"We are extremely proud of what has been accomplished by this entire group. From episode to episode you watch it, you analyse it, you ask 'what can we do better?', 'how can we raise it?', 'how can we raise the bar?' We constantly asked ourselves that and challenged each other to do that."

"So it was very robust as well in terms of raising the bar, so I feel, just as a brand exercise for M-Net, it brought the magic back for us," said Kaye-Ann Williams.

"For me it was one of our wildest dreams come true and we are extremely, extremely proud of what this entire production and this entire team has accomplished."

"Also the type of leadership that Kee-Leen Irvine has provided to this production - she is an executive producer of note. Uncomparable. And I'm so proud to work with Kee-Leen - you have been so committed and absolutely collaborative, and such a joy to work with and I am so proud of what you have accomplished and it's because you've steered the ship this way." 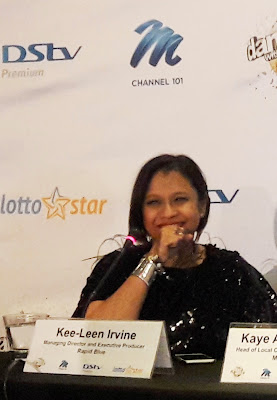 Kee-Leen Irvine said "there's certainly an appetite - South African viewers love local versions of international formats and their shiny floor shows so we do them well, I think, especially when we have the support of a client like M-Net".

"So we will always continue to do those, alongside the original local programming that Rapid Blue also does."

"This really, really has been the highlight of my producing life and I think all of the cast as well. We've learnt so much. And a lot of that learning has come from Jason Gilkison - he stretched us."

"I've had the most supportive client in M-Net that I've had in my entire life, and I'm going to get tearful, but from Yolisa Phahle to Jan du Plessis, and Kaye-Ann Williams and Terja Beney (commissioning editor), what you can do as a producer with the right client behind you, and the right team alongside you, it's just been phenomenal," said Kee-Leen Irvine.

"As a production company, every single person has walked away enriched on a number of levels through being involved with this show".

Choreographer and judge on the Jason Gilkison who also served as Dancing with the Stars SA's creative director, at the press conference said "it was an absolute joy to be here".

"The team that was assembled by M-Net and Rapid Blue were just so incredible to work with. And no matter what I said as creative director, there was never a question of 'there's no way we can do that".

"Everybody just threw all 100% of themselves into this. And it was a beautiful situation to be in as a creative director because suddenly every week we were all doing stuff we were so proud of. And it was just a lovely experience for me," said Jason Gilkison. 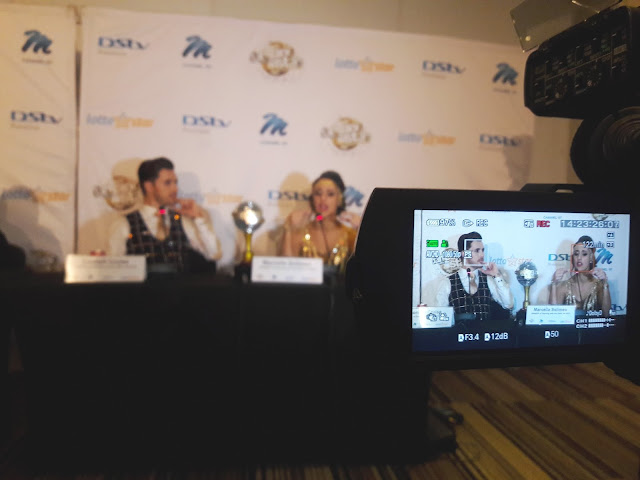 Lani Lombard, M-Net's head of publicity, said M-Net won't be releasing any voting results for Dancing with the Stars South Africa and that the new voting system that was introduced whereby viewers first had to register before they could vote was a highly secure and massive TV voting improvement.

"We had no glitches whatsoever throughout the season of Dancing with the Stars SA for live voting. This is incredible, if you look at the history of live voting, and in this country the problems that you had in the past with delayed voting, or volumes or technical failures. This is really a secure, controlled voting mechanism. We knew exactly how many people were registered and it made the process easier."

"And because of this we can move forward and do more live shows with live voting. Live voting just makes a TV show so much more exciting because anything can happen. We are completely convinced by the new voting system. It was just so errorless and so easy to compute," said Lani Lombard.
on 12:57:00 PM