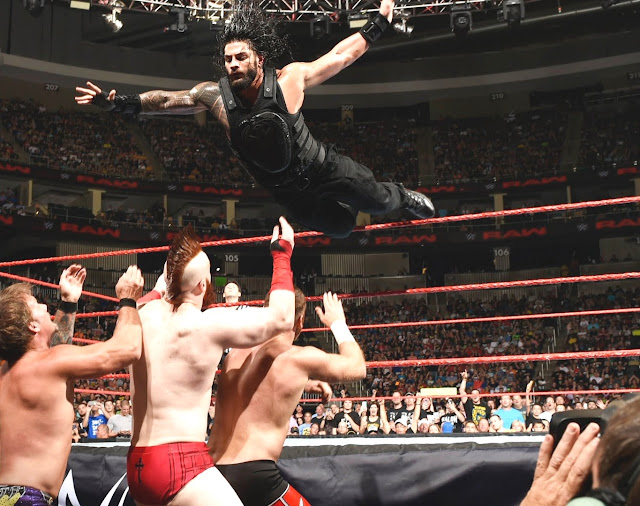 Oddly SuperSport that is now a WWE broadcast partner didn't do more to highlight it in the local media, but the 25th anniversary of Raw - WWE's flagship show - took place on Monday night with returning WWE Legends like The Undertaker, "Stone Cold" Steve Austin, John Cena and Triple H, marking a milestone in television's smackdown entertainment.

The anniversary show was done from both the Manhattan Center - the site of the first ever Raw episode - and the Barclays Center in New York, with wrestling legends from the past and present appearing ranging from Chris Jericho, Ric Flair and the Dudley Boyz to the Bella Twins, Trish Status, Shawn Michaels and many more.

The anniversary marks 25 years of Monday Night Raw on television, dishing up outlandish "sports entertainment", filled with stretched out and pre-planned wrestling story lines that fans keep cheering for - and the more outrageous, the better.

First on e.tv and now having moved to SuperSport in a new deal since the latter part of 2017, lots of viewers in South Africa and Africa are familiar with many of the beefy names who've screamed at each other, performed crazy stunts and who have done vaulted smackdowns inside and outside of the ring over the past 25 years - some of whom even went on to become movie stars like Jonh Cena and The Rock.

But the WWE's Raw also evolved over the past two and a half decades.

Although it no longer gets the super high ratings in America - WWE viewership in South Africa on e.tv was also off from its record viewership where for years it was the most watched programming on e.tv, and which is part of why the channel opted out of resigning - Raw has evolved and managed to adapt in order to stay relevant as fans' taste changed.

Raw has now broadcast more original episodes than some of the longest running shows on television like The Simpsons, Gunsmoke and Lassie.

"“We look forward to celebrating this unmatched milestone with our fans around the world, but 25 years only marks the beginning of WWE surprising, delighting and entertaining generations to come,” said Vince McMahon, WWE Chairman & CEO, in a statement.