Will - or when will - South Africa's pay-TV viewers get Viacom's new the Paramount Network channel, and should it replace something like MTV Europe?

A question of paramount importance: Will - or when will - South African pay-TV viewers get to see Viacom's new flagship TV channel, the Paramount Network, that is launching on 18 January in the United States?

Will Viacom International Media Networks Africa (VIMN Africa) possibly roll out the Paramount Network in 2018 on one of the existing direct-to-home (DTH) satellite pay-TV services like MultiChoice's DStv, StarSat from China's StarTimes Media SA and On Digital Media (ODM), or Kwesé TV?

Or perhaps the Paramount Network could possibly be added to the channel line-ups of one of the new over-the-top (OTT) services like Cell C's black, or DEOD?

Since the Paramount Network will be Viacom's flagship TV channel from next week, it's inconceivable that South African and African viewers won't get to see it ... eventually.

As TVwithThinus reported last year, the Paramount Network, together with BET (DStv 129), Comedy Central (DStv 122), MTV (DStv 130), Nickelodeon (DStv 305) and Nick Jr. (DStv 307) will now be Viacom's flagship channel brands with all of Viacom's effort, focus and content spending that will now be going to these channels.

The Paramount Network will do and have the premium shows in Viacom's content collection, while MTV is getting "refocus" around reality shows.

Viacom International Media Networks already operates a Paramount Channel (a film channel) in some parts of the world - but not in South Africa and Africa - and will likely just morph and change these placeholder channels (Paramount Channel and Spike TV) in other territories into The Paramount Network over time.

But what about countries where these placeholder channels don't already exist and have an existing footprint?

How exactly does VIMN Africa see the Paramount Network's importance and relevance for South Africa and Africa?

"We are thrilled for the launch of Paramount Network in the United States and will explore opportunities to build the brand in the African market," says Alex Okosi, VIMN Africa and BET International executive vice-president and managing director.

"VIMN Africa is always looking at ways to optimize our business and brands to appeal to the broad, diverse audience on the continent."

"Inspired by over a century of cinema, Paramount is a powerful brand that resonates with audiences globally. With 12 locally scheduled versions around the world, the Paramount Channel is Viacom International Media Network’s fastest growing brand."

"We are thrilled for the launch of Paramount Network in the United States and will explore opportunities to build the brand in the African market.” 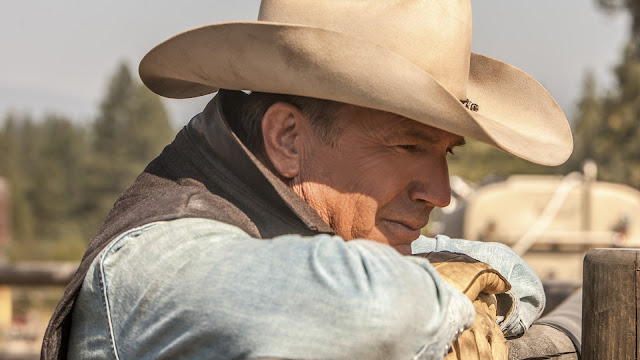 "The Paramount Network will take Spike's already strong programming mix and amplify it with the Paramount brand. Its focus will be on building distinctive, high-quality scripted and non-scripted original programming – with dramas, comedies, documentaries, movies, sports and tentpole events."

One possibility - if the Paramount Network were to be made available in South Africa - would or could be to replace MTV Europe (DStv 130) on MultiChoice's DStv for instance.

MultiChoice already carries MTV Europe and the Afro-tainment MTV Base as separate channels.

Just like MultiChoice had done with Viacom's BET channels that was cut down from two to one, MTV could be snackwitched down to one channel without any loss to make space for the Paramount Network in MTV Europe's place.

The original content on MTV Europe like the Siesta Key-type shows could easily be transplanted onto MTV Base's schedule to make the programming line-up of MTV Base stronger, combining the best of MTV's Brit-American reality series with MTV Base's original African productions like the MTV Shuga series.

It would also make it easier for viewers to know where to find all the MTV-ey reality and music type content, with then the Paramount Network as the more higher grade channel where the drama, sitcom, documentary series and scripted fare content and shows like the new Yellowstone drama with Kevin Costner can reside.

On Monday in America at the Annual winter tour of the Television Critics Association (TCA) in Pasadena, California, Kevin Kay told TV critics that the Paramount Network wants "to be the definitive new home for premium storytelling", and that "our goal is to change the game of how viewers experience high-end scripted" TV content.