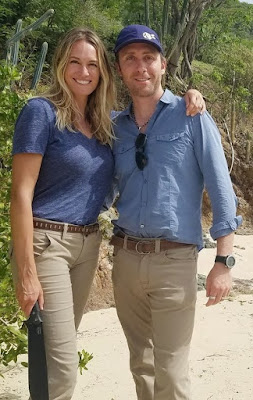 Philippe, grandson of the legendary explorer Jacques Cousteau, and his journalist wife, Ashlan, will dive into 8 new half-hour seafaring stories of lost loot and pirates' plunder in the second season, with tropical locations like the Bahamas, Cuba and Panama that will be showcased in the new season that will start production later in January.

"When you combine those elements with Philippe and Ashlan's innate curiosity, expertise and chemistry, you deliver a series that easily attracts the audiences that advertisers want".
on 8:21:00 PM