Sir David Attenborough slams Bear Grylls over killing animals for TV entertainment on his survival show The Island on the Discovery Channel. 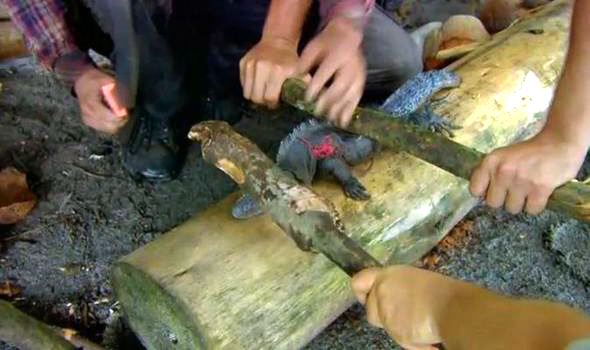 Sir David Attenborough has slammed the TV survivalist Bear Grylls over his merciless slaughtering of animals for the sake of TV entertainment in Bear Grylls' survival show The Island, saying unlike Grylls he wouldn't kill an animal to make compelling television.

The narrator of the upcoming Blue Planet II on BBC Earth (DStv 184) from 4 February who will also soon be launching a new nature conservation series on Netflix, told Britain's The Sun newspaper that Bear Grylls will "have to answer for himself" about the killing of defenseless animals on The Island with Bear Grylls.

"We’ve never killed an animal. Bear Grylls will have to answer for himself. But I wouldn’t willingly kill an animal just to get a shot," said Sir David Attenborough.

In The Island with Bear Grylls broadcast on Discovery Networks International's Discovery Channel (DStv 121) in South Africa and across Africa, contestants have slaughtered pigs, turkeys, iguana and now also caiman crocodiles, with viewers who are outraged over the killings done for television.

The Royal Society for the Prevention of Cruelty to Animals (RSPCA) in the United Kingdom in a statement has said "The RSPCA opposes practices that cause animals pain, suffering or death in the name of entertainment. It's unacceptable and could easily cause great distress to the animals".

Previously People for the Ethical ­Treatment of Animals (PETA), said about the Discovery Channel show: “The Island is the result of some worn-out idea about showing crude dominance over the wonders of nature, a deep ignorance of who animals are and a callous disregard for life”.

PETA over the animal killings says “There was no reason other than a desperate quest for ratings to harm and torment.”

About his new Netflix conservation series, Sir David Attenborough says "Netflix want me to do something on conservation and have asked me to do it, and I’ve said I would. There’s certain things that the BBC can do and can’t do, and I can see some reasons why to do a programme on Netflix rather than the BBC”.
on 11:46:00 AM