No conspiracy! Scully is done with The X-Files on FOX as actress Giliian Anderson says she won't be returning to the drama series after the new 11th season. 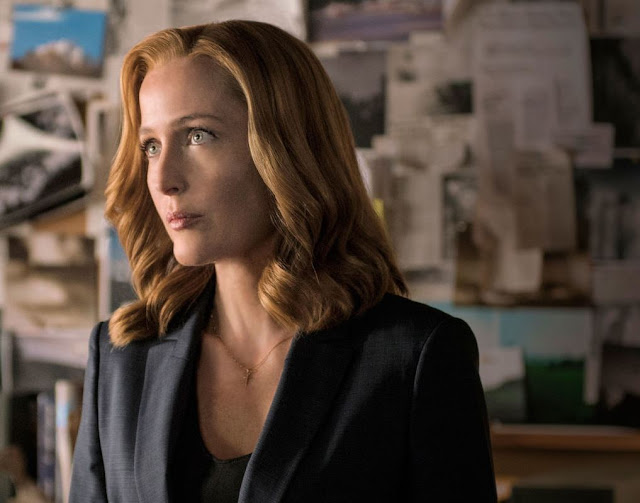 It's not a dark conspiracy: Scully is done with The X-Files, with actress Gillian Anderson absolutely adamant that she is leaving the revived drama series and her iconic character of Dana Scully.

In an interview with America's TV Guide magazine, Gillian Anderson says she is resolute that she is done with The X-Files: "I’ve said from the beginning this is it for me. I was a bit surprised by people’s reaction to my announcement because my understanding was that this was a single season".

In October 2017 at New York Comic Con to audible gasps, she first revealed that she will not be returning to The X-Files if there were to be a 12th season.

Series creator Chris Carter isn't sure if there will be a 12th season for The X-Files, but told TV Guide "there are a lot more X-Files stories to tell. Whether we get to tell them is a question mark. The truth is out there".

The 11th season started in America on FOX on Wednesday night after the 10th season of the revived series that started in 2016.

The new season continues on from the story of the previous season finale and dealing with the mystery and the search for FBI agents Fox Mulder (David Duchovny) and Scully's son, William.

Also back are the mysterious villain, the Cigarette Smoking Man, Robbie Amell and Lauren Ambrose as the "next generation" FBI agents Kyd Miller and Liz Einstein, and Mitch Pileggi as FBI assistant director Walter Skinner.