Specific starting dates for broadcast in South Africa and across Africa from the channel run by Fox Networks Group Africa are not known yet.

“As the only network that is 100% dedicated to celebrating animals and wild places, we take great pride in consistently bringing our viewers powerful and awe-inspiring wildlife specials and series,” says Geoff Daniels, the executive vice president and general manager of Nat Geo WILD in a statement.

“This year we’re bringing jaw-dropping, unexpected natural history adventures along with surprising and intimate animal stories. We want to inspire people to get out there and see the wild world and all that it has to offer.”

Besides new natural history TV series America's Wild Frontier, The Mighty Northwest and Wild Russia, Nat Geo WILD will also broadcast Symphony For Our World as a TV special on Sunday 22 April in 140 countries as part of 2018's Earth Day.

Symphony For Our World will be an hour-long TV special combining National Geographic natural history footage with an original symphony created by the Emmy- and BAFTA-nominated Bleeding Fingers Music, to take viewers on a breathtaking musical journey through some of the world’s most incredible wildlife spectacles. 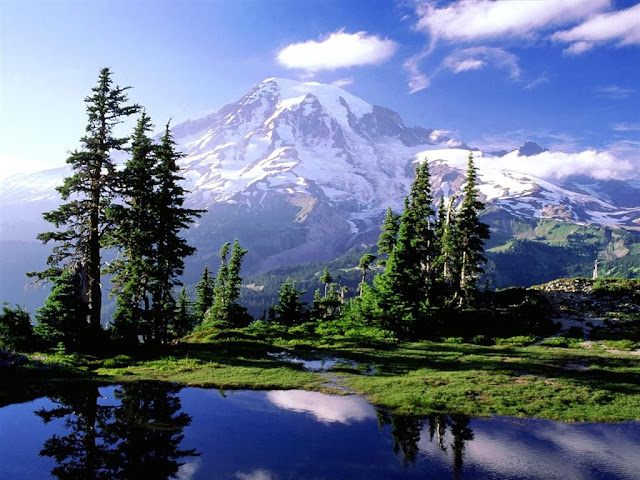 America's Wild Frontier
From the Great Valley of Appalachia and the Badlands of South Dakota to the ice sheets in the Land of Lakes, explore the dramatic landscapes of the great frontier and the wildlife that continues to thrive in America’s heartland.
Renowned for some of the most beautiful, wild scenery in the world, this new 5-part series showcases a diverse cast of characters that includes bears, bison, beavers, weasels, wood ducks, and wild horses.

The Mighty Northwest
Home to the tallest trees on earth, the last of America’s big glaciers, and a string of towering volcanoes, America’s Pacific Northwest is one of the United States’s most intriguing and mesmerizing natural wonders.
In this new 5-part series viewers can discover the epic meeting of land and sea that attracts some of the biggest marine life on the planet from the Redwood forest - home to an incredible diversity of animals and the tallest living beings on earth, to the iconic Rocky Mountains where wildlife thrives despite the harsh climate and steep elevation.

Wild Russia
Wild Russia is a stunning adventure across Russia’s unique terrain that extends across 12 time zones with contrasting environments.
The show will celebrate Russia’s most mysterious locations and iconic wildlife in this landmark 4-part series that will take viewers on a journey through the wetlands of the Kamchatka Peninsula, the crystal clear waters of Lake Baikal - the oldest and deepest lake in the world, the icy and pristine landscapes of Siberia, and a little-visited corner of the globe - the Russian Far East.
Viewers will experience intimate encounters with the incredible species within this expansive country including brown bears, the Baika seal, the Siberian lynx, leopords, tigers and an abundance of bird and fish species. 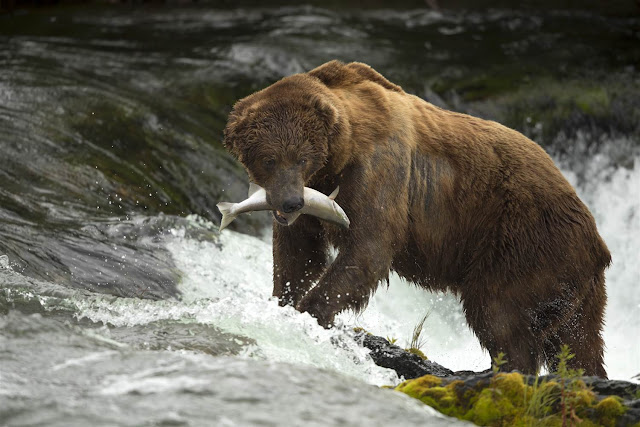 Rocky Mountain Animal Rescue
The extraordinary staff at the Humane Society of the Pikes Peak Region risk their lives and give their hearts to save all animals big and small.
The Pikes Peak team works together to rescue and rehabilitate more than 40 000 animals a year. The job is risky, urgent and unpredictable as the team responds to emergency calls in the untamed wilderness. Watch the incredible stories of nature, animals and the unwavering perseverance of the officers and veterinarians of Rocky Mountain Rescue.

Alaska Grizzly Gauntlet
The legendary survivalist Les Stroud returns to TV in Nat Geo WILD’s Alaska Grizzly Gauntlet to go deeper into the wild than ever before, learning from the world’s most captivating and dangerous animals how to endure remote Alaska.
Les Stroud has survived some of the world’s most extreme environments, from the deepest recesses of the Amazon to the brutal heat of the Kalahari, with nothing but his survival skills, a multi-tool and some serious grit. Now he faces the greatest challenge of his career, tackling Alaska’s harshest climates.

Zoo Life
The call of the wild takes people all over the world in pursuit of exotic creatures including a pristine land where 10 000 animals span 12 000 acres. And no, it’s not in Africa. It’s in Ohio!
The Columbus Zoo and Aquarium is one of the largest and most popular zoos in the United States, boasting none other than Jungle Jack Hanna as its legendary director emeritus who actually lives in the zoo!
It takes hours just to see it all, but now for the first time Nat Geo Wild is taking viewers behind the scenes to meet the animals and the army of people who work 24 hours a day, 7 days a week to create one of the best zoo experiences in the country.
on 12:59:00 PM