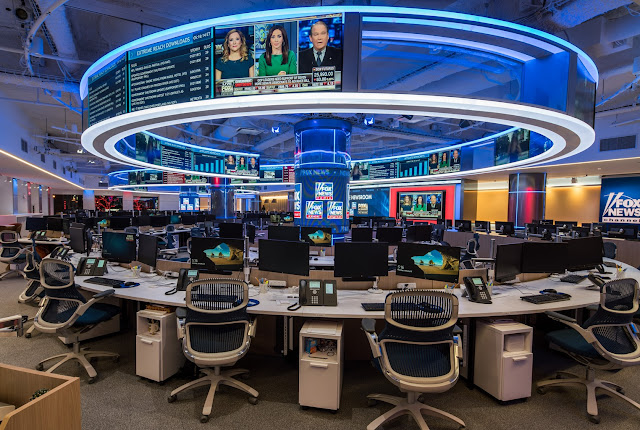 The new Fox News Channel newsroom is situated on the 2nd floor of the 1211 Avenues of the Americas building - literally a step up from the basement where the main newsroom used to be.

On the ceiling is a video wall ribbon with 72 displays that can be customised, above a ring-shaped desk design.

The newsroom also houses a studio, called Studio N, from where live interviews and live shots can be done from as well as a live show.

In a note to Fox News staffers Rupert Mordoch wrote “I encourage all of you to come by this week and take a look at the re-creation of the second floor and the superior design elements throughout.”

“This is just the beginning of many changes we have planned to ensure we are providing top-notch workspaces for all employees. “We take tremendous pride in the hard work of all of our journalists who will house this newsroom amid relentless 24/7 news cycles.” 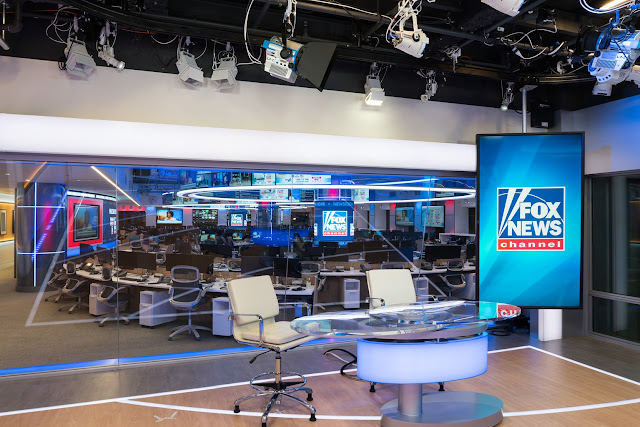