Former Disney star, Adam Hicks of Disney XD's Zeke and Luther arrested and charged after a string of armed robberies. 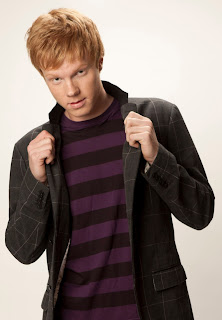 The former Disney star Adam Hicks who appeared in the comedy Zeke and Luther on Disney XD (DStv 304) has been arrested after a string of armed robberies.

USA Today reports that Adam Hicks (25) who appeared as Luther in Zeke and Luther and who plays Diesel Turner in the series Freakish was arrested on Wednesday in Burbank, California.

He was arrested together with a woman called Danni Tamburo (23) in connection with a series of 4 armed robberies.

TMZ reported that Adam Hicks and Danni Tamburo who is apparently his girlfriend, went up to several people and put a gun in their face, demanding money.
on 1:44:00 PM