BBC Worldwide to simulcast the debut episode of Blue Planet II on its BBC Earth and BBC Brit channels on DStv at the same time. 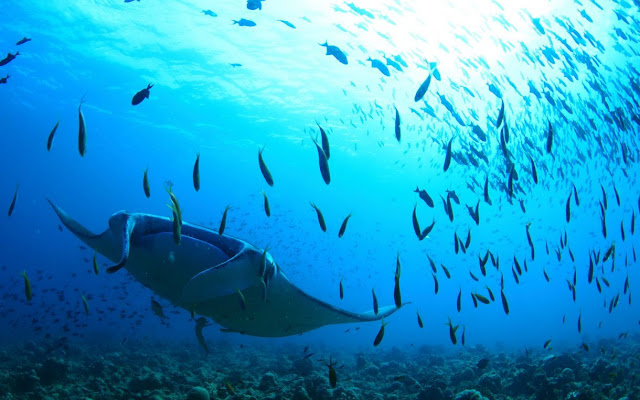 BBC Worldwide will now simulcast the debut episode of the upcoming Blue Planet II natural history documentary series that will be shown on BBC Earth (DStv 184), on the BBC Brit (DStv 120) channel as well.

When the Sir David Attenborough narrated, aqua-exploratory series starts on 4 February at 16:00 on BBC Earth on MultiChoice's DStv satellite pay-TV platform in South Africa, it will also be simulcast to more viewers in South Africa, and across Africa, at the same time on the BBC Brit channel.

BBC Earth is an exclusively DStv Premium channel for its highest paying subscribers, with the channel that also has more limited distribution elsewhere through Africa on MultiChoice Africa with very few African nations where BBC Earth is available on DStv. The more generic BBC Brit however enjoys bigger carriage availability on DStv in Africa.

Firstly the simulcast of the premium series serves as an upsell marketing opportunity to expose lower-tiered DStv subscribers to what content is available on BBC Earth - something that might prompt some upgrades to DStv Premium.

Secondly it enlarges the potential audience that gets access to the show if they want to watch it with the combined channels' reach that could yield higher viewership and an increase in ratings - a plus for both BBC Worldwide South Africa as well as for MultiChoice.

BBC Worldwide South Africa will preview Blue Planet II to the media next week at an event screening; its PR agency told TVwithThinus this week that it will be for Johannesburg press only with no media from elsewhere invited to see the series beforehand.

Blue Planet II follows 16 years after the first BBC series and has been released as DVD and Blu-ray sets since 27 November 2017 on Amazon. The production team spent over 6 000 hours diving underwater, including filming in South Africa.

The BBC will follow up Blue Planet II with programmes looking at how ocean plastic and clothing manufacture are impacting nature.
on 10:52:00 PM