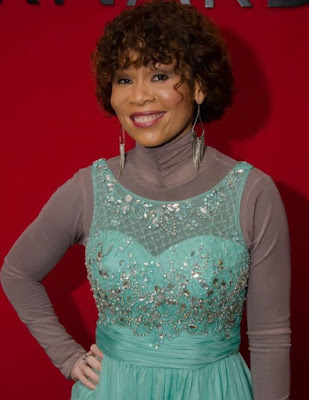 Actress Leleti Khumalo is jumping from one KwaZulu/Natal drama series to another and adding an executive producer title as she switches from the SABC's Uzalo to e.tv's new Imbewu: The Seed starting in April.

After contract negotiations to remain on the show for the 4th season didn't work out, Leleto Khumalo has left Stained Glass TV's Uzalo on SABC1 that is filmed on location in KwaMashu, Durban for a new drama series, Imbewu: The Seed - starting in April on e.tv and also filmed in the KwaZulu/Natal province.

Leleti Khumalo's original character MaNzuza that she's portrayed since the first season is being killed off by Stained Glass TV, but Leleti will live again as a brand-new character in Imbewu: The Seed that will tell a new story set in the humble streets in eNquthu and the township of Chatsworth as well as the most-affluent parts of Umlazi.

Leleti Khumalo won't just appear as a character in the show, she is also an executive producer behind the scenes, teaming up with with TV veteran Duma Ndlovu producing Muvhango for SABC2 and the South African film producer veteran Anant Singh.

Imbewu: The Seed is produced for e.tv by Grapevine Productions, a joint venture between Videovision Entertainment, Word Of Mouth Pictures and Luyks Productions.

Anant Singh from Videovision Entertainment and Duma Ndlovu from Word Of Mouth Pictures will be at the helm of the production of the drama series. e.tv hasn't yet announced a timeslot for Imbewu, with speculation now swirling that the show might be scheduled at 20:30 on e.tv as counter-programming for the SABC1 ratings juggernaut.

Imbewu: The Seed will revolve around the family dynasties and two brothers in KwaZulu/Natal - interestingly just like how Uzalo started out in late-2015. "Imbewu focuses on the ties that bind families through blood and spirit, asking sobering and controversial questions that are relevant to all South African cultures," says e.tv.

"A deep and unspoken truth, representing the cultural legacy between two brothers, is at the centre of the series’ captivating plot," says e.tv that says brand-new talent are part of the cast, alongside veteran actors.

“One of e.tv's commitments in 2018 is to invest in provinces beyond Gauteng. KwaZulu-Natal is the country’s fastest-growing province with a strong focus on the entertainment industry,” says Ziyanda Mngomezulu, general manager of e.tv's local content division.

“We are honoured to be partnering with film, television and theatre greats in Anant Singh, Duma Ndlovu and Leleti Khumalo, from the newly formed Grapevine Productions, and look forward to presenting viewers with a fresh reflection of KZN that is all encompassing”.

Anant Singh says that Imbewu: The Seed will “reflect the multi-cultural environment which makes Durban and the province of KwaZulu-Natal unique.”

“The show has the ability to cross the cultural divide and promote social cohesion in South Africa, showcasing a hybrid of cultures in South Africa today. We are extremely excited to be embarking on this amazing television series in KwaZulu-Natal with our partners, e.tv”.

Duma Ndlovu says he is “very excited for this opportunity to tell an authentic South African story. I am excited to be partnering with Anant Singh and Leleti Khumalo as we prepare to give South Africans a new and unique story.”

“In South Africa, we have not yet had the opportunity to see Indians and Africans come together to tell a story with a social cohesion message and Imbewu: The Seed will deliver this to audiences.”
on 3:30:00 PM