5-part Rose McGowan reality series, Citizen Rose, coming to E! Entertainment from 31 January as an Express from the US series, following her campaign against sexual harassment in Hollywood. 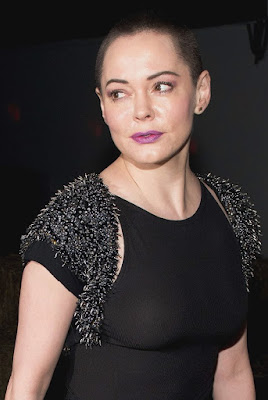 Citizen Rose follows the actress as she readies her book, Brave, for release as she “makes her voice heard as a pivotal figurehead for the movement in speaking out against and combatting sexual harassment in Hollywood and all work places.”

Rose McGowan says “I was in the middle of my second movie for his company and I get assaulted and I decided not to stay silent”, referring to the sexual predator and abuser Harvey Weinstein, who she has accused of rape.

“I knew others were out there and I knew it was a lot of us,” says Rose McGowan. Citizen Rose starts in the United States on E! Entertainment, and a day later in South Africa and Africa as an Express from the US title.

“I want to have a conversation with everyone, and most especially you, about looking at things differently and seeing beauty everywhere. E!'s tremendous reach and impressive platform allow me to globally communicate the importance of living a Brave life.”

Amy Introcaso-Davis, executive vice president for development and production at E! says “We look forward to talking viewers inside this talented, dynamic woman's world as the first allegations unfold and she becomes a leading voice in a critical cultural change.”
on 6:34:00 PM