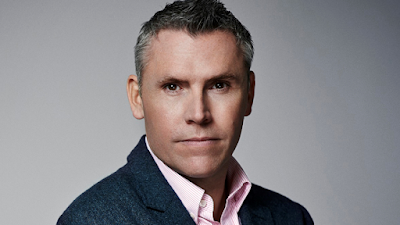 NBCUniversal International 's chief marketing officer Lee Raftery will now be in charge of leading strategy and performance for NBCUIN channels in emerging markets that include Africa and South Africa where its channels like Universal Channel, Studio Universal, E! Entertainment and Telemundo are carried on MultiChoice's DStv pay-TV platform across the continent.

Lee Raftery, besides being appointed as managing director, UK and emerging markets, is also adding responsibility for content to his ongoing oversight of marketing. He is also named chief marketing and content officer at NBCUIN to oversee marketing and programming strategy across the whole of NBCUniversal International Networks' group.

"Lee has done an exemplary job of building an incredibly distinctive marketing and creative culture across the company.  He has proved himself to be a strong and decisive leader and I have every confidence that he will apply his considerable skills to lead the strategic vision within the UK/EM Networks group," says Kevin MacLellan in a statement.

"I am excited to take on this unique role, which blends my marketing and creative passion with a new leadership challenge in the UK and emerging markets networks team," says Lee Raftery in the statement. "Together with this talented group, we have an exciting opportunity to build further on our outstanding portfolio of brands and content".


Update Monday 17 July 2017 17:00:
This story was updated from the original version first published, to:

(1) change the spelling in the second mention of Kevin MacLellan from the incorrect Kevin "MacLennan";
(2) and removing the word "becoming" after "also" in the sentence "Lee Raftery is also chief marketing and content officer at NBCUIN".
(3) remove the word "partial" from the headline, and the first sentence. Other reports still state that Lee Raftery is in part replacing Colin McLeod.
on 11:28:00 PM