As expected, e.tv adds its 4 TV channels from OpenView HD to MultiChoice's DStv from 17 May: eExtra, eMovies+, eMovies Extra, eToonz+. 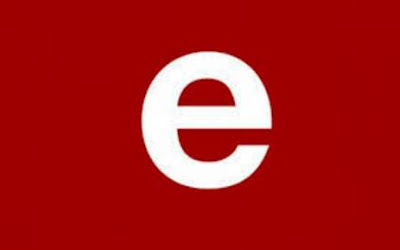 As expected, e.tv is adding its 4 packaged TV channels of OpenView HD, to DStv, with eMedia Investments saying the channels will become available on DStv from 17 May.

At the beginning of the month e.tv let the cat out of the bag by adding DStv channel numbers to its e.tv channels list on its website while MultiChoice added e.tv channels information to its DStv i-plate.

After TV with Thinus asked about it, MultiChoice didn't want to give a specific answer about it and e.tv said it was a mistake and quickly scrubbed the channel descriptor information from its website.

So far the e.tv channels have only been available on Platco Digital's OpenView HD (OVHD) and eXtra available on On Digital Media (ODM) and StarTimes Media SA's StarSat in a separate channel carriage agreement.

Both eMovies+ and eMovies Extra will be high definition (HD) channels on DStv.

eExtra will be a HD channel on DStv.

The multi-channel carriage agreement bring a big and much-needed revenue infusion for e.tv and eMedia Investments, the numbers of which neither e.tv or MultiChoice is disclosing.

The addition of the free-to-air channels - e.tv's proposed channels for its multiplex it wants to make available under South Africa's stalled digital terrestrial television (DTT) dispensation - provides much-needed viewership exposure, and enables the channels to properly commercialise its rating cards.

With too small viewership to be adequately measured and properly monetised, the addition of e.tv's money-gobbling channels can finally pull in bigger numbers, and in return TV commercial advertising income.

"e.tv's multichannel strategy has been amplified with the partnership with MultiChoice," says Marlon Davids, managing director of e.tv. "We are excited to reach new viewers with quality content that will add more pleasure to their viewing experience on this service".

"With a focus on quality content and expansion of the e.tv brand into more homes across the country, this partnership represents an important part of our plans for the growth of the brand."

In a separate statement from MultiChoice, Mark Rayner, MultiChoice South Africa CEO says "we're always on the lookout for ways to add more value to each of our DStv packages – it's about offering our customers the best entertainment in one place."

"These e.tv channels, of which three are in HD, will bring hours of viewing delight to the whole family."


eExtra (DStv 195): Premium entertainment in high definition (HD) with international series like House and Burn Notice, reality shows and telenovelas. The channel has a focus on young, urban, modern and cosmopolitan content.

eMovies+ (DStv 138): A general movie channel spanning all genres from romance and comedy to drama, action and family films.

eToonz+ (DStv 311): A children's channel aimed at toddlers and tweens with animation and live-action series.
on 10:35:00 AM