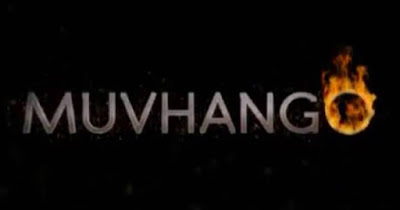 Starting off with one episode per week and eventually growing to three days for over half a decade, the Word of Mouth production was finally slotted for 5 days a week after two false starts, since March 2014 and enjoys huge success Mondays to Fridays at 21:00 on SABC2.

While little will likely come now that he's gone as controversial chief operating officer (COO), from Hlaudi Motsoeneng's plan to move Muvhango's actual production to Thohoyandou in Limpopo, the soap continues to enjoy tremendous success in terms of viewership on SABC2 with its blend of Venda inspired intrigue, drama and edutainment.

Since it started as a limited-series of 13 episodes, SABC2 viewers continue to be spellbound by the family feuds between the Mukwevho and Mokoena families and their ongoing battle for power since Muvhango first launched that was set in the city of Johannesburg and the Thathe village in Venda.

"It all started as a concept in the quest to bridge the cultural divide between black communities and also the language superiority," says Duma Ndlovu, Muvhango's executive producer, as he celebrates the show's two decade milestone, admitting that it wasn't always a smooth ride.

"I feel extremely excited to be celebrating this milestone. Starting from a 13 episode drama broadcast once a week back in 1997 and now broadcasting 5 days a week fills me with pride and joy."

"It hasn't been smooth sailing as we have gone through difficult challenges, but we have managed to pull through and still continues."

"We will continue dishing authentic stories that talk to communities, which will create talk ability and interaction among our viewers who happen to be the lifeline of the soapie's success," says Duma Ndlovu.

Despite numerous payment issues for the cast and crew in the past and ongoing wrangling with the SABC over longer contracts for actors, Duma Ndlovu also has appreciation for the cast.

"Also gratitude goes out to everyone who has graced Muvhango with their presence from day one to date," he says. "These actors have made a huge contribution to the success that is Muvhango."

Sindy Dlathu who plays Thandaza says"honestly if someone had told me this would be me 20 years later, I wouldn't have believed them."

"But there are things you find in yourself as you grow with the character and the symbiosis is unbreakable."

"I have grown with Thandaza, I have cried, I have laughed and I have danced with her."

"It's hard to point out my most favourite stories but I have enjoyed shooting the weddings, I'm a big romantic at heart. I have learnt a lot of TshiVenda," she says.

"I haven't enjoyed the fighting scenes for obvious reasons and that's when you have to let your ego make way for your character and all these lessons have come through years spent shooting Muvhango."

"I think the production has done very well to have pulled through the many changes,first once a week, to three and finalle five times a week. Also, I look at the cast compliment and I stand amazed at the talent and the co-relation that exists between production and cast."

"It has been a wonderful 20 years and I salute our executive producer Duma Ndlovu."
on 9:34:00 AM