TO CRY FOR. M-Net finally acquires This is Us - America's best reviewed and number one most watched new series of 2017 - but DStv subscribers will only get to see it from May. 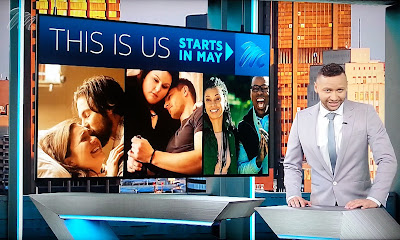 That felt like it took ... almost 36 years: Something has been missing for the past 5 months from South Africa television - America's best new TV series - but now, finally, M-Net announced that it has acquired the broadcasting rights to This Is Us.

And We So Happy.

The series pick-up is great news, but there's also a bit of bad.

To even type it sounds so not right, but M-Net that is already five months behind will be even further behind, when This Is Us is finally scheduled to start in May 2017 on the M-Net (DStv 101) channel.

M-Net made the official announcement about This Is Us for the very first time directly on television on M-Net (DStv 101) on Sunday afternoon when probably nobody watched television (except me) during the first episode of M-Net's new weekly update show, The 101.

Presenter Donovan Goliath surprised by announcing that M-Net has acquired the broadcasting rights to This Is Us and will start showing it from sometime in May this year.

That means that M-Net and DStv subscribers will be 9 months behind America - about the same time as it takes for twins to grow and be born in a mommy's belly.

On to This is Us and why its special.

It's from NBC that gave us the disastrously bad Emerald City on VUZU AMP (DStv 103) that's over, gone and hopefully forgotten.

If you're old enough to remember thirtysomething that was on the SABC's TV1 - This Is Us gives viewers those exact family and friends feels, updated for this decade.

If you're younger, think Party of Five, My So-Called Life and Brothers & Sisters. 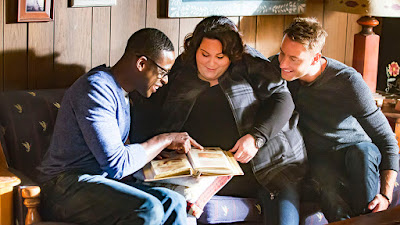 You will love love LOVE This Is Us - guaranteed. Which makes is so strange that M-Net waited so long to get This Is Us, and even longer to schedule America's best reviewed and number one most watched new TV series for 2017.

So good is This Is Us, that it's already been renewed for a second and a third season both in America - a huge vote of confidence from American network television in a prime time drama, where most shows struggle to just get a one season renewal at a time.

The first episode of This Is Us is a doozy and has a big, big twist right at the end. Don't read up about the show, don't look online, just tune in eventually in May and watch it without reading things about it.

It starts with all of the main characters who are getting ready to celebrate their 36th birthdays - on the same day. Of course they have divergent lives, each with their own emotional and life challenges.

They are all connected somehow (you find out pretty quickly how, for some of them) and it's brilliantly written and executed.

Yes. In 2017 there's still really great television, with This Is Us that tells stories that surprise in a way you've really never seen before, packs real emotional heart, pulls you in, and compels you too keep watching and to come back for another episode.

The wonderful This is Us cast has Milo Ventimiglia, Mandy Moore, Sterling K Brown, Chrissy Metz, Justin Hartley and Gerald McRaney who was Major Dad.
on 8:22:00 AM