Petition started for MultiChoice to remove the Gupta news ANN7 TV news channel from DStv for 'creating divisions in the country'. 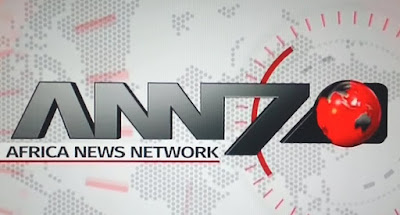 DStv subscribers who have had enough of the alleged one-sided news from the Gupta-news channel ANN7 have started an online petition to get MultiChoice to remove ANN7 from DStv.

Similar to the FOX News channel in America and broadcast on Startimes Media SA's StarSat in South Africa, ANN7 from Infinity Media provides viewers will an entirely different news narrative – one where the firing of the minister of finance Pravin Gordhan was described as "an excellent decision" late on Thursday night.

On Friday Pravin Gordhan himself chimed in to roast ANN7 publicly for its news bias during a press conference held in Pretoria, saying ANN7 has "a lot so say with so-called independent analysts".

"They have a lot to say when they want to attack us, and malign us and try to disgrace us. So where is ANN7?"

Pravin Gordhan said "why must we constantly deal with people who are never seen in the public domain? Never."

"But they mastermind all these attacks - on family; make false accusations, pay somebody called Bell Pottinger. PR firms are hired, millions of rands are spent. To do what? To do what? To malign democratic institutions of South Africa."

"But why don't they come out? Face to face. Lets have a debate, face to face."

Pravin Gordhan said ANN7 had a terrible record, should prove its independence and challenged ANN7 for a public debate.

"You can't have fake news and fake Twitter accounts and attacking family members."

Now DStv subscribers who are paying more from April, want ANN7 removed from their DStv bouquets and are signing a petition calling for the channel to be taken off of DStv saying "it is biased and creating divisions in the country".

"I object to ANN7 being part of the DStv offering. They give totally fake news reports and they are an insult to my intelligence," said Jenny Zaidel, with Berne Nightingale who said "ANN7 is a propaganda station, should not have to pay for it".

Elise Hattingh said "this junk is bringing our country down".
on 5:37:00 PM