(M-NET) EDGED OUT. Why MultiChoice and M-Net's decision to shut down M-Net Edge is a big regressive step backwards for DStv subscribers. 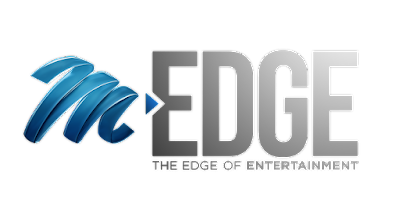 In late 2015 M-Net held a fantastic first birthday party for its new M-Net Edge (DStv 102) channel - launched out of the ashes of the failed, try-and-try-again M-Net Series channels, as it second, parallel-premium entertainment channel on MultiChoice's DStv.

Guests at the magnificently macabre celebration spectacle, treated to everything from an American Horror Story clown in a cage, naked derriere waiters and Game of Thrones characters could get permanent tattoos from a tattoo artists if they wished.

Just over two years later, those tattoos has more permanence and will be lasting longer than what M-Net Edge did with MultiChoice and M-Net shutting down M-Net Edge at the end of March 2017 – yet another M-Net series channel extension edged out of existence.

Other DStv channels supplied by M-Net are gonners too.

The shuttering of the M-Net Movies Showcase channel makes sense.

The closure of the M-Net Family channel is neither here nor there. (From a brand perspective it's a bit of a net loss. Instead of repurposing VUZU, MultiChoice and M-Net could rather have worked harder to position M-Net Family as the "best" channel for the DStv Family bouquet.)

The termination of M-Net Edge channel however feels like a very serious regression on the part of MultiChoice and M-Net.

The loss of M-Net Edge is bad, although M-Net says the content on M-Net Edge will be moved and packaged to M-Net. 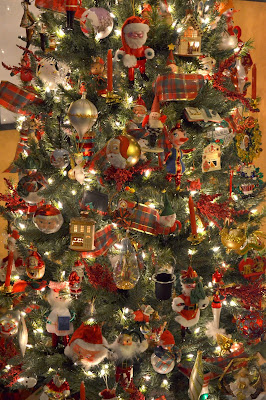 Instead of the green Christmas tree with its themed and fitting ornaments outside, and the white Christmas tree inside with its own custom-fitted trimmings, M-Net says there will now just be one tree – a better decorated tree – with all the ornaments on one M-Net premium conifer on DStv Premium.

TV jingle bells for all, right?

That one with too much stuff on it - where what it is, doesn't have a real chance to shine, entice and enchant because it's overburdened with a cluttered look?

Get ready for the next new and latest, real-time experiment with M-Net the channel.

How the content and sheer number of titles and movies currently cycled through M-Net and through M-Net Edge can possibly be packed/stacked/scheduled on just M-Net (DStv 101) is impossible.

It simply cannot happen without some shows currently in prime time on both channels, dumped in late or outside of primetime and with a dramatic scale back and regression in the number of shows that M-Net used to have as "Express from the US" titles on the M-Net and M-Net Edge channels.

That is a bad thing.

If the primary motivation for killing off M-Net Edge is to have more content to funnel onto M-Net to reduce repeats, that is the wrong motivation.

The real, right solution to fixing too many repeats and empty holes on M-Net (DStv 101) isn't to cannibalise another great channel but to commission and make, or buy more suitable content for the channel of its own.

M-Net Edge - getting edged out of existence on DStv at the same time as DStv subscribers are made to pay more from April - isn't a throwaway, also-ran, type Cloo, Style Network, Esquire, CBS Drama channel filled with stale, old content that can easily go away without being missed.

Like AMC that's dull at times but actually has premium programming like Fear the Walking, The Night Manager and others, M-Net Edge deserved its legitimate channel spot and position.

Something – a great TV channel – is being shut down and taken away from DStv subscribers when it served as an excellent M-Net content dam "overflow" receptacle and a legitimate place holder channel spot (hence its premium 102 channel position).

Two golden chains melted down to create one "bumper" piece of jewelry doesn't necessarily mean that the sum of the parts are equal to a bigger and better artistic expression.

How many more times will M-Net launch new M-Net channels and then after a few months or years rip them away? It damages channel loyalty.

The closure of M-Net Edge makes viewers less – not more – inclined to invest emotionally, and in terms of their time, when a new channel brand is launched because every time a new channel comes along that's shut down later, the resistance is higher to really believe and trust in it (that it will last).

If M-Net Edge can get snuffed out, MultiChoice and M-Net are now signalling that basically any channel - not just those low-rated third-tier repeat-filled channels but even prestige channels - are not guaranteed their existence and can be yanked.

Is M-Net really going to find space and timeslots for all the HBO, Showtime, NBCUniversal's cable channel series from Suits to The Magicians, CBS International's large number of series from NCIS Los Angeles to The Big Bang Theory, NBC's Chicago’s and other series, Disney's stuff from Modern Family to The Fixer, Warner Bros. stuff from Ellen to Riverdale and the cooking reality competition shows, the newly introduced art films, the newly introduced foreign and European language series – all on one channel?

What's more likely going to happen is a regression.

DStv subscribers will once again have to wait longer for more TV series to find a linear playout spot and be broadcast. There simply isn't space and there are only so many hours in a week's TV channel schedule.

Keep in mind that internationally there's more great TV shows being made every single year – not less. 2017 will be another new high-water mark in terms of the sheer number of series. How will M-Net as a channel keep from bursting at the scenes/seams?

The oversupply of content for one channel will also make it less likely for "lesser" series in terms of its niche quality – Deutschland 83 for instance – to be bought. When your basket is full, the threshold for M-Net to "bother" to acquire it goes down, not up.

M-Net had a need and gaps to buy to fill a specific premium content TV destination, a channel that had to set itself apart with its own identity and channel proposition. Now MultiChoice and M-Net have one less. It means less specific, real-world pressure to buy certain stuff and by proxy, less effort.

Mama eagle will fly less turns to bring food for two birds in the nest than if there were three birds.

And when there's two they won't get the same volume of food that three would have gotten, they will get what's appropriate for two – it's a law of nature.

Why has Sky that has Sky1 and Sky2 (its M-Net) not closed down its Sky Atlantic (on which the M-Net Edge template is based)? Because it has enough content to sustain two real premium general entertainment drama and series channels and the Sky Atlantic channel.

M-Net Edge could have kept running with more than enough series. And with more TV shows that ever before constantly coming, M-Net and DStv could have continued to build and keep South Africa's version of a Sky Atlantic alive.

In a video content sea awash with a lot of ordinary run-of-the-mill TV trash, M-Net Edge stood out as one of the very few premium DStv "destinations".

It was a reason to get DStv Premium; it was a destination that demanded attention and it was a place and a channel that viewers sought out to get new, exciting, fresh and timeous content with buzz.

The termination of M-Net Edge means that DStv and M-Net will have one less of these, and one less HD channel - and that is a big step backwards, not forward.

Now all that remains is for TV critics, shaking their heads at yet another edgy departure, to find the number of a good tattoo removal artist.
on 8:25:00 AM