Katleho Sinivasan is the TV presenter winner of The Search: E! Host South Africa; will visit E! headquarters in Los Angeles followed by a TV special. 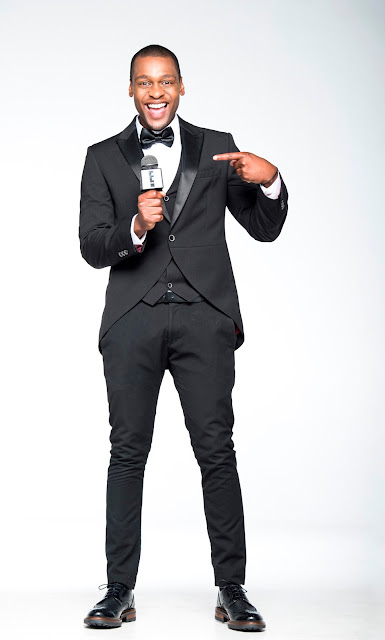 It became a full circle moment for E! Entertainment (DStv 124) on Wednesday night when The Search: E! Host South Africa show ended with Katleho Sinivasan whose new career as a South African red carper presenter is now starting, when he was announced as the winner of E!'s first South African presenter search programme.

The media as well as NBCUniversal Networks International executives who flew in from overseas, together with fans, advertising executives, Miss South Africa finalists and local celebrities all converged on Taboo to watch the last episode of The Search: E! Host South Africa where Kat Sinivasan was crowned the new king of the red carpet.

E!'s South African presenter search winner was announced right back where it all began originally: The trendy nightclub Taboo, nestled in the most glamorous square kilometre in Africa - the exact spot where E! did its very first media launch to herald its arrival as a TV channel in December 2004 in South Africa and across Africa when the channel was added to MultiChoice's DStv satellite pay-TV platform.

Taboo was a more that fitting venue for the The Search: E! Host South Africa winner.

Just over 13 years ago bathed in white and red neon lights, Taboo on Wednesday evening was filled with angular grey couches and striking white and black E! blocking to mirror the comfy interior of Los Angeles' E! News interior seen on television.

While the champagne flowed, the well-heeled guests - most dressed in black and white - snacked on a wide array of finger food and watched the final episode, with an offline version of the episode - four minutes ahead of the actual broadcast on E! on DStv - shown on giant screens.

"Being part of The Search: E! Host South Africa was an honour in itself, and to win the highly coveted title of the first-ever E! South Africa host exceeds any expectation I had going in," says Katleho Sinivasan in a statement.

"Representing E! on the red carpet is truly one of the greatest jobs in the entertainment industry and a dream come true for me. I can't wait to start my journey with E!"

He will immediately be putting his red carpet skills to the test, co-hosting the E! Beyond the Red Carpet: SAFTAs alongside Bonang Matheba that will be broadcast on E! Entertainment on 21 March at 20:00.

On 17 May at 20:00 Kat Sinivasan will also front the once-off TV special, E! Host SA: Hollywood Special that will detail his win and his once-in-a lifetime trip to Los Angeles and E! headquarters.

Katleho was a strong and memorable contender from the moment The Search: E! Host South Africa commenced and we feel his win is greatly deserved," says Chrystele Fremaux, the vice president for programming for the UK and emerging markets for NBCUniversal International Networks.

"We are excited to welcome Katleho to the E! family and look forward to working with him on our upcoming original productions as we continue to bring South African viewers more local content on E!."
on 11:53:00 PM