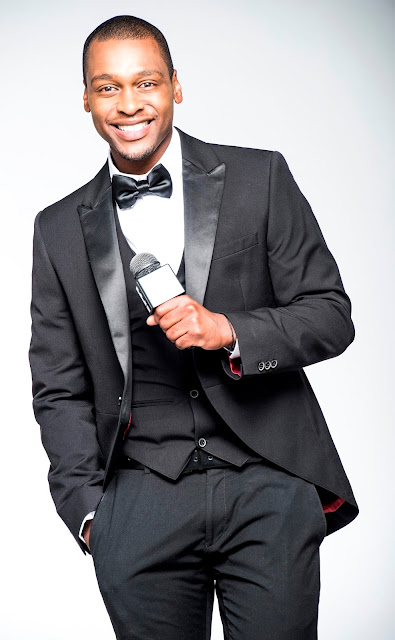 Kat Sinivasan joins the televised sequined world of the Ryan Seacrests and the Giuliana Rancics - a world where he's now the one holding the E! mic, getting to ask the biggest celebrities questions, and will soon be jetsetting to Los Angeles to visit E! and NBCUniversal Networks International headquarters.

He says he's "always" watched E! and that he practised interviewing people standing in front of his mirror.

Now, finally, that pop culture dream of not just watching E! but being a part of it and bringing it to viewers, has come true.

I ask him what it is that he wants to bring to the E! mic for South Africa and Africa to differentiate E!'s presence in the country and the continent.

"I think the one thing that I'm going to bring to E! as a South African correspondent is definitely myself. I've never tried to emulate or be someone else. And sometimes it doesn't always work in my favour. But I'm willing to take the risk. And I'll always be myself." 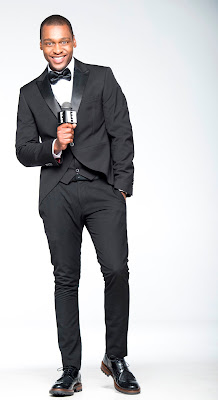 "I'm a boy from Soweto and you can never cover that up with any amount of English in any form. I will always be authentically South African."

"I always wanted to be in the entertainment industry, so my very first break was on a show called Famous on SABC2 where they were looking for a band. And I was one of the 5 bandmates who got to be part of a group and record an album. I started with music basically".

"The one thing that I've learnt from this competition is to believe in yourself," says Kat Sinivasan.

"Once you don't no-one else will. Once I got to a point of 'I am going to host it. I don't know what's going to go wrong but I am ready for anything because I believe I can handle it,' that's when I started shining. So believing in yourself is the most important part".

"Even though I'm going to go to Los Angeles [a TV special will be broadcast on E! on 17 May detailing his new adventure], I'm still the South African correspondent for E! and E! is also broadcast throughout Africa, so South Africa isn't losing me."

TVwithThinus asked him what advice he now has for people in school, people studying after school - those looking up to what he has now achieved and who also dreams of a job in South Africa's media and entertainment world.

"The first thing is know if you really want to do it. Because it's so easy to desire television because its glamorous and it's in front of you the whole time and you see normal, everyday people being elevated to  level 2.0."

"And you think: 'Wow, I want to be elevated to my 2.0. Know if you're willing to take all the challenges with it."

"And the second thing is invest in your craft. That's the most important thing. I spent hours on end - my mom even knows - we have this long mirror at home. I stood in front of that mirror and practiced and practised. It is my camera. Because when I step in front of the camera, I don't want it to be the first time that I'm doing all of the things that I'm doing. So it's very important to rehearse as well."

"One thing that I definitely want to do is to be the best TV host in the country and that's one thing that I'm going to work really hard at. And for the future generation coming up in South African in television and entertainment, I really want to set the benchmark and show everybody that it's possible to cross over and be international."

"Lets stop thinking of it as that mountain that we can't climb because at the end of the day it's what we deserve - we deserve the whole world to see our world". 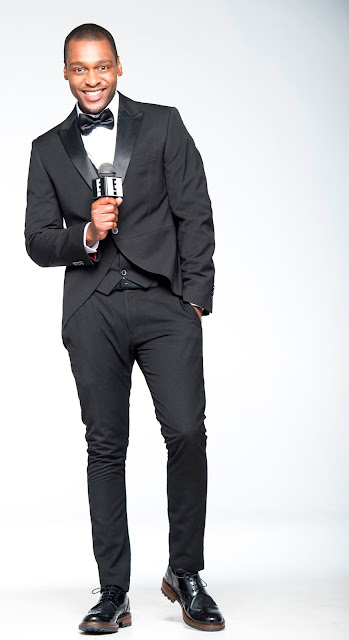 'This time around I'm the perfect fit'
On now being properly with E! and being E!'s South Africa's correspondent, Kat Sinivasan says "I've always felt that I was never the perfect fit for what I was doing".

"This time around I feel that I'm the perfect fit."

"I've done a lot of things. And I've been watching E! all my life. That's the one TV channel that I've wanted to be on. So I've been doing everything else, and just thinking its [to be on E!] is impossible."

"So when the opportunity arose, I was just 'What?' This is a dream come true."

He said his mom needs no preparing for what's to come and what might be written about him.

The man who will be asking celebrities about their lives already seems to have the rules down about having the story being about the people he's interviewing, and not himself. When asked if he's single, he coyly answers with a "No, I'm not".

"Although I've interviewed a lot of celebrities, I've never interviewed them on a platform this big. So it's really not just about them, it's about how I handle it as well," he says.

I ask him what his advice is for South Africa's local celebrities when they attend red carpet events - a burgeoning cottage industry where very few know how to properly behave, what to do and what's really expected from them when a mic like E! is held before them for a comment.

"For me, the one thing about the red carpet is that that is the one opportunity for your fans to see you outside of your job. So if you're an actress and you come to 'act' on the red carpet, you're defeating the purpose because we've already seen you act," he answers.

"So I think be real is the most important part. And I think that's a note to the celebrities and the hosts alike. We want to see real people. We don't want to see fakes."


ALSO READ: Katleho Sinivasan is the TV presenter winner of The Search: E! Host South Africa; will visit E! headquarters in Los Angeles, followed by a TV special.
on 12:53:00 AM