Why E! Entertainment on DStv isn't doing live coverage from the red carpet at the 2017 Oscars or interviewing stars live for the last hour before the annual Academy Awards. 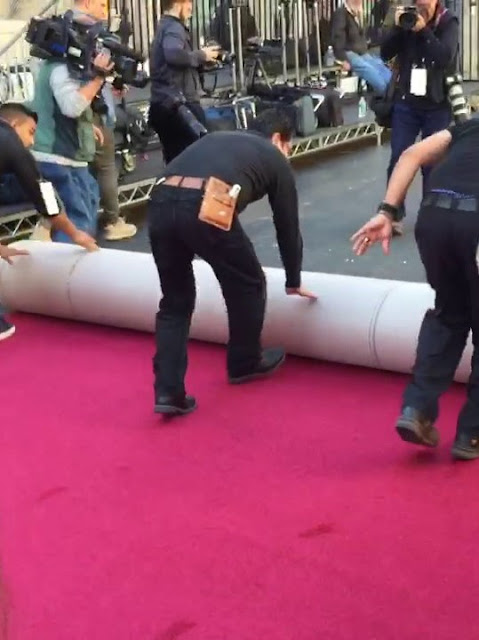 Viewers who tune in and look carefully (it also happened last year) will notice that the entertainment TV channel from NBCUniversal International Networks stops providing actual live red carpet reporting, live interviews and any live video shots of stars' arrival for the hour before The 89th Annual Academy Awards 2017 starts.

E! was also blocked last year, unable to actually be next to the red carpet and reporting live during the last hour.

This final hour outside the Dolby Theatre is the busiest and most premium red carpet period, the time during which the most high-profile celebrities and stars from the world of entertainment make their red carpet arrival.

The truth is that E! doesn't have the rights (and neither does a lot of other broadcasters and media) with E! that ends up "fooling" viewers in a sense through broadcasting a "reshow" to pad the time until the awards ceremony starts.

Since E! isn't allowed to show any live coverage or interviews from the actual red carpet during the final hour before the Oscars, E! Entertainment does a "red carpet rundown" with presenters discussing and showing clips and photos of stars who had already made an appearance up to that point for a full hour, as well as pre-recorded interviews and inserts.

Viewers who look closely will see how Ryan Seacrest and Giuliana Rancic will again - like in 2016 - abruptly cease doing live red carpet coverage at 02:30 and throw to E!'s lesser-known presenters for an hour of padded talk.

On M-Net Movies Premiere (DStv 104) however that carries the official Oscars awards show as well as the official red carpet pre-show, this is where subscribers to MultiChoice's DStv satellite pay-TV platform actually get to see the little-publicised real red carpet coverage in the hour just before the Academy Awards.

These red carpet pre-shows are done by America's ABC TV network, the same "official" network that in America has the rights and broadcast the Oscars as part of a multi-year deal. 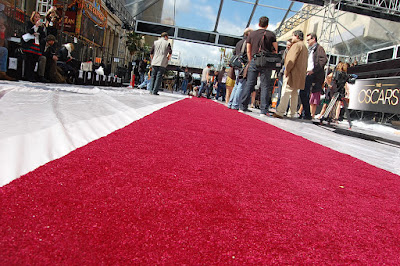 The Los Angeles explains nicely why E! and others are being blocked from doing red carpet coverage during the most desired time: that final hour - and it all has to do with broadcasting rights and money.

The Academy of Motion Picture Arts and Sciences has now started charging broadcasters and TV channels a massive fee to do red carpet coverage running to thousands of dollars and is also blocking the final hour so that ABC can have it (exclusively).

It means that E! and other media are effectively blocked from any interviews and live coverage with any of the really big stars (because they don't arrive early to stand around and do interviews for that long).

For many years it has been these media like E! since 1990 who helped to hype and build up the Oscars and award show red carpet coverage through their presence, and reporting from it, to what it is today.

Now they're being asked to pay to promote and publicise a media event, and are also blocked from the parts that have the most value.

E! doesn't really want to talk about this sensitive issue that's obviously quite problematic if your name and alphabet TV calling card letter is built on the presumption of providing actual red carpet coverage.

Adam Stotsky, president of E!, told The Los Angeles Times that asked about the issue only that E! is "an important vehicle to reach the millennial audience" and that being barred from the last hour of the red carpet wouldn't hamper E!'s Oscars red carpet coverage.

"E!'s preeminence on the red carpet, combined with Ryan's stature within the community, really makes E! a must-stop destination for marquee stars," said Adam Stotsky.
on 11:30:00 AM