Viacom launches dramatic TV channel collection shake-up to 'narrow down' its focus as pay-TV broadcasters start to shrink their bouquets. 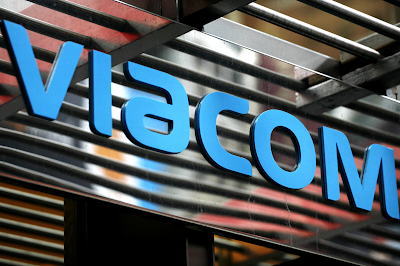 In a dramatic reorganisation, media conglom Viacom announced that it will "narrow down" its focus from its 25 TV channels to just 6 global TV channels as it's rapidly forced to shrink its efforts and attention amidst falling revenues and viewership, to adapt to pay-TV broadcasters that's shrinking their channel bouquet offerings.

Viacom will rebrand Spike TV - a channel not available in South Africa - to Paramount Network in 2018 in the United States, to be the same as its Paramount Channel operated and distributed by Viacom International Media Networks (VIMN) in some countries.

Viacom calls Paramount its foremost new broad-based premiere general entertainment channel from now on. It means that VIMN will start to push the Paramount Channel overseas as its new premiere channel in global territories.

These channels were chosen because their brands are available globally, for instance in South Africa and across Africa and elsewhere in the world, while lower-tiered channels like VH1 will from now on get little investment and serve to pop up these 6 channels and their content.

Viacom's dramatic reshaping comes as pay-TV broadcasters in the United States, as well as worldwide - including pay-TV operators in South Africa like MultiChoice and China's StarTimes South Africa - are dumping non-performing channels in a fast-changing pay-TV landscape where the trend of so-called "skinny bundling" is accelerating.

"They serve diverse, substantial audiences with largely-owned content, have global reach and distribution potential across linear, digital, film, and consumer products, events and experiences. Viacom's other brands – some of which hold strong positions in their categories and maintain diverse and loyal followings – will be realigned to reinforce the six flagship brands".

Bob Bakish said the "strategy will enable Viacom to realise the full potential of its premier global portfolio of entertainment brands".


Viacom is also keeping its latest shows away from streaming services. Viacom says its shows are for pay-TV platforms and their subscription television channels.


Scripted programming focus moving from MTV to Paramount
Viacom is immediately moving its scripted TV programming efforts to Paramount Network. There will no longer be drama shows like Teen Wolf made by and for MTV for instance. MTV will resort back to reality shows and music.

Spike TV will start the TV drama series The Mist later this year. Bob Bakish calls it an example of how Viacom erred and will now change. Viacom commissioned The Mist, but its one show on one channel, instead of focusing channels' efforts on building line-ups with scale.

"You had Spike TV trying to launch The Mist but the problem was they were only launching The Mist.’ They didn't have enough to develop a night. We were spending money but not doing in a place where we'd have a high probability of an attractive return".

Scripted drama for MTV didn't work. It's not clear, but The Shannara Chronicles for its already commissioned second season might be moving from MTV to Paramount Network for instance. MTV will refocus around doing reality shows - the My Super Sweet 16 and Jersey Shore type shows.

The rest of Viacom's also-ran channels like VH1, VH1 Classic and others will now become "reinforcing channels". They won't get as much content investment or marketing.


Impact on Africa
The reshaping of Viacom's channels' collection on the surface seems as if it won't necessitate a large wholesale reorganisation for its operations in Africa under its VIMN Africa divison led by Alex Okosi.

Besides the Paramount Channel, the other 5 channels in the new "flagship group" are available in South Africa and in some countries across Africa.

Investment in local, regionalised content for channels like BET Africa, MTV Base and Comedy Central Africa will very likely continue to grow strongly, and investment in more local programming and live marketing events for Nickelodeon will also continue.

Channels like MTV Europe, VH1 Classic and NickToons are there for watching, but African viewers won't be outraged if they were to quietly disappear over time. 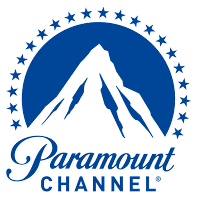 In an internal email to staff on Thursday, Kevin Kay, Spike TV president, said that "For more than 100 years, the iconic Paramount name has been closely associated with the biggest stars and most compelling stories in all of entertainment."

"It's a studio known worldwide with unparalleled brand recognition. As one of the biggest media companies in the world, Viacom has an incredibly wide-ranging portfolio of indelible brands that have unique and powerful relationships with broad and diverse audiences across the globe, including the successful Paramount Channel aired internationally, from France to Latin America to Russia."

"The Paramount Network will take Spike's already strong programming mix and amplify it with the Paramount brand."

"Its focus will be on building distinctive, high-quality scripted and non-scripted original programming – with dramas, comedies, documentaries, movies, sports and tentpole events. It will also incorporate third-party programming, as well as films from other studio's libraries".
on 8:36:00 PM