CNBC Africa opens a second TV studio with an adjacent lounge in Rwanda's capital of Kigali at the city's convention centre. 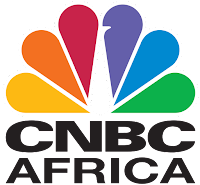 CNBC Africa (DStv 410) that turns a decade old on 1 June this year, has opened a second TV studio - with an adjacent lounge - in Rwanda at the Kigali Convention Centre in the African country's capital of Kigali.

The business TV channel run by the ABN Group and carried by MultiChoice's DStv in South Africa and across Africa, as well as in Nigeria on StarTimes Nigeria since October 2016, was opened on Friday 17 February.

The ABN Group didn't want to tell the media about it and days later there's been no press release or statement issued by CNBC Africa to the media.

It's noteworthy since ABN and CNBC Africa in earlier years during its African expansion and opening of news bureaux did keep the media up to date about its opening of offices and studios and future bureau plans.

CNBC Africa wants to use the Kigali TV studio at the convention centre to tie in with events and conferences that's being held there.

On the CNBC Africa website Roberta Naicker, ABN Group managing director is quoted saying "This television studio in the Kigali Convention Centre marks yet another step towards our ongoing commitment to not only Rwanda, but East Africa, and in telling the African economic story from all corners of the continent."

"As the channel celebrates its 10th Anniversary on 1 June, we are excited to be able to add this important presence on the front line of one of the most high-tech convention center's to our content offering".
on 6:42:00 PM