BBC back to the depths with a second season of Blue Planet later in 2017 with Sir David Attenborough as narrator. 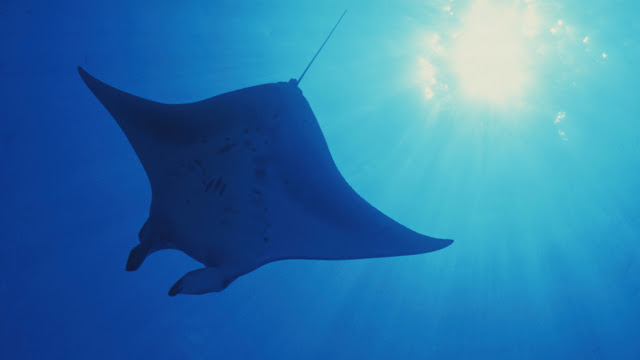 The BBC is following up Planet Earth II with a second season of Blue Planet that it did in 2001, with Sir David Attenborough (90) who will be the narrator of Blue Planet II set to debut later in 2017.

The show will bring viewers new sea creatures and phenomena captured with new camera technology ranging from the polar seas and coral atolls to the ocean depths, as well as the methane volcanoes erupting in the Gulf of Mexico and the "boiling sea" in the Pacific Ocean.

Blue Planet II will show new creatures like the hairy-chested Hoff crabs, snub fin dolphins that spit water through the air and a tool-using tusk fish filmed for the first time.

The camera team also captured the sophisticated hunting between a coral grouper and a reef octopus and giant trevally catching flying birds in mid-air. Cameras also take a dive with a sperm whale mother and calf into the deep.

In a BBC statement Sir David Attenborough says "I am truly thrilled to be joining this new exploration of the underwater worlds which cover most of our planet, yet are still its least known".

"The oceans are the most exciting place to be right now, because new scientific discoveries have given us a new perspective of life beneath the waves," says James Honeyborne, Blue Planet II executive producer.

"Blue Planet II is taking its cue from these breakthroughs, unveiling unbelievable new places, extraordinary new behaviours and remarkable new creatures. Showing a contemporary portrait of marine life, it will provide a timely reminder that this is a critical moment for the health of the world’s oceans".

Tom McDonald, the head of commissioning, at the BBC's natural history and specialist factual division says "Blue Planet II promises to combine the exceptional craftsmanship that our audiences have come to expect from BBC Natural History with genuinely new revelations about the creatures and habitats of the world's oceans".

"I have no doubt it will thrill and delight the audience and deliver a new benchmark in natural history film-making."
on 12:14:00 PM