What MultiChoice learnt from looking at an Appeltiser can - and how it will soon bring a change to your DStv decoder because of it. 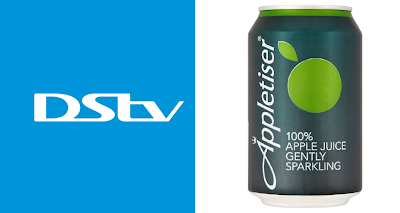 MultiChoice recently, in a surprising way, found consumer insight from a very unlikely source - the back of an Appletiser can - with the pay-TV platform that will soon bring a change to improve something in the interface of the electronic programme guide (EPG) on its DStv decoders because of it.

MultiChoice is in the process of reducing repeat programming across its channels offering, to add new content and to shift schedules, as well as addressing the perceptions that DStv subscribers have around rebroadcasts of old content that they say they've seen before.

Part of the process is consumer research that MultiChoice conducted to gain insight into the viewing behaviour and the perceptions of DStv subscribers around repeats, content and scheduling, as well as their reactions to anything that relates to rebroadcasts and how it affects them.

While the consumer research yielded MultiChoice a treasure trove of information that the operator used and is using to change and improve the DStv customer experience when it comes to content discovery, it also delivered the unexpected and the surprising.

One of these surprises will soon change something on DStv PVRs and DStv Explora decoders across Africa in an example of how consumer perception not only creates their reality, but can actually change real-world reality. 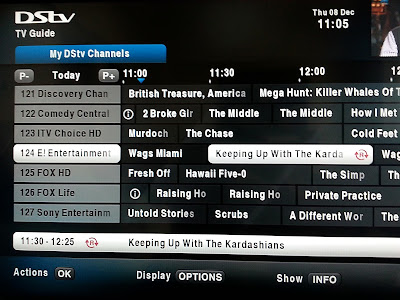 The Series Record icon on DStv - the function to instruct a decoder to record all of the episodes of a season of a specific show - will soon be changing, thanks to an Appletiser can.

It means a design change for the circular arrows with the letter "R" inside.

"Perhaps our biggest insight from the research, and a thing that we didn't know, the Series Record arrow - consumers thought that that was an indication that it was a repeat," Aletta Alberts, the general manager: content for MultiChoice, told TVwithThinus.

"So basically every single thing that they saw on their DStv decoder [they thought] was a repeat. So we're relooking that."

"We have designed a new icon and we're testing it with consumers at the moment and then it will go into the pipeline for a replacement on the actual boxes on the next software release."

"That was a very, very big thing. Somebody was saying they were drinking Appletiser and they were looking at the tin and there was a recycle icon and it was the same."

"That's what happens when you leave information design to engineers," Aletta Alberts joked.


Increased personalised recommendations
"It's quite interesting, the way that we did the research was first of all we did it in different groups. Then there were some groups that we isolated and we said 'Okay, the people who already complained [about repeats], we want you to go and watch X, Y and Z. So we made their viewing repertoire bigger."

"They watched it for two weeks and came back and it was completely different because they found the content," said Aletta Alberts.

"Unfortunately people are just viewing 5 or 6 channels and they stay in those channels. So we need to try and help people. It's really a content discovery job."

"As the world becomes more sophisticated, everybody is interested in personalisation. I think that's a big thing for us to get to a level of personalisation, being able to recommend to you, because we understand what you like, versus just a generic approach for a households because we assume everybody is watching the same thing."


No to repeats ... but maybe just do Dallas
"And lets just be quite candid about it, piracy is a very, very, very big issue and people download stuff and then they don't know where they've seen it and then they come to the TV channels and go 'Oh, I've seen it before," said Aletta Alberts.

Jan du Plessis, director: M-Net channels, said "a very interesting complaint we've had in the past two weeks or so which floored all of us" was "a person was watching Express from the US on a Sunday night and viewed it on DStv Catch Up".

"Then, that same week, before the second episode would go on Express from the US, watched it, saw it on M-Net Edge (DStv 102), and then complained and wrote to us and said 'You are just repeating stuff and you never give us fresh content'."

Aletta Alberts said "so you sometimes get a contradiction. So in the research group you'd have people say you show repeats and be very vocal about it, and then say 'But can you not show Ray Donovan again? Where can I see it?"

"And things like Dallas, saying 'can we just see that again?' which is quite interesting. If you think about a channel like SABC Encore. It's quite interesting to see the ratings on there, to see what people are actually watching."

"Sometimes its more like that nostalgic feel, something that they want to see again. But then at the same time, people are very vocal about repeats."

ALSO READ: MultiChoice and M-Net executives reveal some of the pop-up channels, new content and scheduling changes coming to DStv in 2017.
ALSO READ: MultiChoice content boss Aletta Alberts on how DStv is working on reducing repeats: "We are improving our product dramatically".
ALSO READ: The 101 in 2017: DStv and M-Net boosting efforts around content discovery and 'seasonality' in TV viewing behaviour.
on 11:43:00 AM