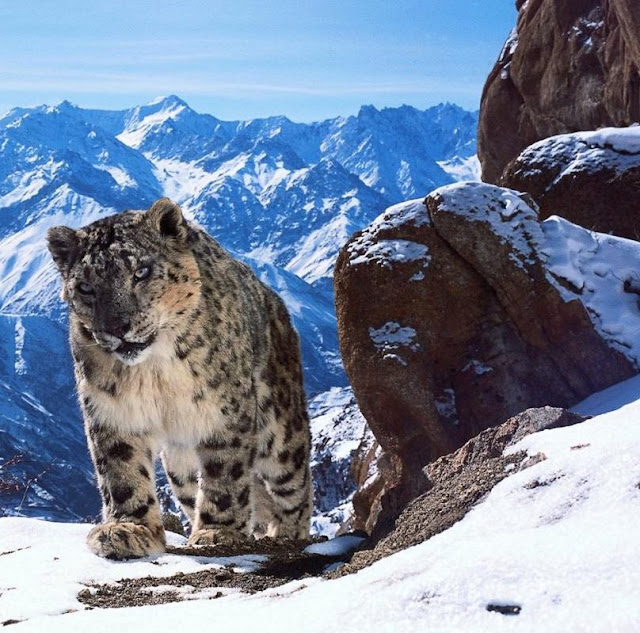 Things are starting to look bad for the BBC's Planet Earth 2 documentary series with Sir David Attenborough after the BBC admitted to using a trained bird to film what looked like incredible eagle footage and with a growing backlash from British viewers slamming the show as cruel and brutal following a snow leopard rape scene.

BBC Worldwide plans to start showing Planet Earth II from 5 February 2017 in South Africa on BBC Earth (DStv 184) but controversy is growing in the United Kingdom over how the BBC and producers duped viewers who feel that the show is too cruel, brutal and violent.

After first boasting about how a parachuting cameraman managed to captured breathtaking scenes without telling viewers how the "natural history" was really filmed, the BBC this week admitted that scenes of an eagle flying above a majestic mountain range was actually done using a trained and captive bird called Slovak living in a wildlife sanctuary in France.

The BBC did it in the first 2006 series as well. After it was broadcast, a former cameraman for Planet Earth revealed that the documentary series "faked" scenes. A polar bear giving birth was actually filmed in a zoo for instance.

The BBC says Planet Earth II took 4 years of production, shooting for 2 089 days in 40 different countries, but viewer anger is building up over what they say is too cruel a show.

During a TV interview, a producer said the BBC and Planet Earth II, in order to compete with popular shows like Game of Thrones, must be real with viewers.

The BBC reportedly shocked by showing viewers how a snow leopard in the Himalayas gets raped in Planet Earth II as she tries to protect her young cub by giving it time to escape.

The BBC says "From islands to mountains, viewers will be immersed in the most spectacular landscapes and habitats on Earth and will be brought eye to eye with the animals that live there".
on 12:51:00 PM