The downgraded Trace Sport Stars (DStv 188) from the Trace Group is getting dumped from MultiChoice's DStv at the end of the month just 4 years after it was added and will be replaced by the TRACE Africa channel in South Africa.

Trace Sport Stars - a type of E! Entertainment meets sports stars - was added to DStv in April 2012 as the Trace Sports channel but never really popped or got buzz and struggled to bring viewers enough new content.

Trying to lift the meagre viewership, MultiChoice and Trace downgraded Trace Sport Stars in October 2014 by lowering the channel's premium only status - which for two years was only for DStv Premium subscribers - making it available to DStv Extra, DStv Compact and DStv Family subscribers.

The Trace Sport Stars channel will remain on StarSat and is only being removed from MultiChoice's DStv.

StarSat tells TVwithThinus that Trace Sport Stars will remain available on its platform.

The channel, also carried on Platco Digital's OpenView HD (from eMedia Investments) will remain and continue on this free-to-air satellite-TV platform as well. 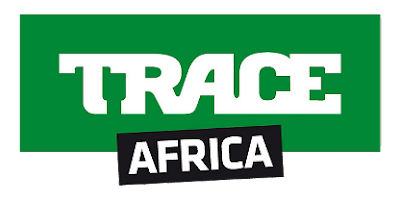 MultiChoice is adding TRACE Africa (DStv 326) from the Trace Group from 1 September as yet another music channel, and will sit alongside the existing TRACE Urban (DStv 325) channel.

Like Trace Sport Stars, TRACE Africa won't be a premium channel and will be available to DStv Premium, DStv Extra, DStv Compact and DStv Family subscribers in South Africa.

TRACE Africa will show music videos and documentaries as "a localised music channel" from established and emerging South African artists with music genres like Afro-pop, kwaito, house, rumba and others.

TRACE CEO Olivier Laouchez had nothing to say about the South African restructuring and changes and the dumping of Trace Sport Stars channel from DStv and the creation of TRACE Africa in South Africa.

The separate press release issued in the rest of Africa, however contains a drop-in quote from Olivier Laouchez, commenting on TRACE Naija for West Africa and TRACE Mziki for East Africa, saying: "TRACE is already the leading music brand in Africa".

"These 2 new localized music channels will help promote more artists from the two biggest music hubs of Africa and they will better serve the strong need of the local audiences for great local content".
on 12:05:00 PM