SABC news staff in open revolt against boss Hlaudi Motsoeneng, stage a silent sit-in 'blackout' on Friday in solidarity with their fired #SABC8 colleagues by all wearing black. 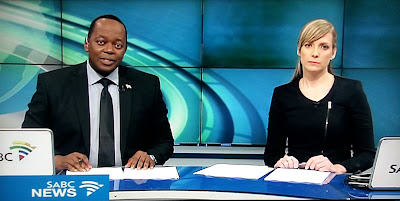 SABC news journalists in an open revolt against boss Hlaudi Motsoeneng and showing their united support for their fired #SABC8 colleagues, on Friday all wore black in a brave silent protest sending a very clear message to SABC management and South Africa that they're tired of newsroom intimidation and censorship

The move - surprising SABC bigwigs and blindsiding SABC bosses while viewers actually remained unaware of the incredibly symbolic silent off-air and on-air protest - was secretly organised without any paper trace.

Wearing black was a resolute show of strength by SABC staffers to show their open defiance of the public broadcaster's draconian policies and newsroom interference the last few months.

The on-air "blackout" on SABC News and the SABC's various TV news bulletins was however primarily done to show their united support for the 8 SABC journalists who were suspended, then fired for voicing concern over chief operating officer (COO) Hlaudi Motsoeneng's censorship orders and who appeared in labour court on Friday afternoon. 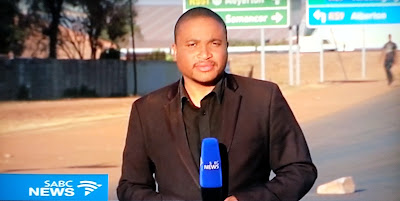 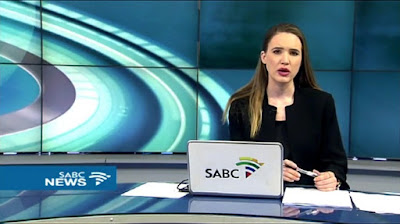 From junior to senior SABC reporters and producers to anchors, SABC news staff on Friday sent a powerful and very clear message to SABC management and South Africa that they're tired of intimidation in their radio and TV newsrooms and the misguided news censorship policy that was unilaterally imposed on SABC journalists on 26 May. 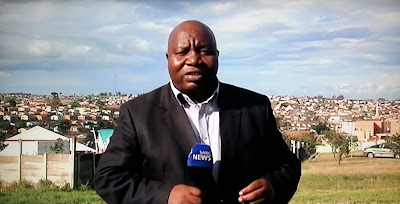 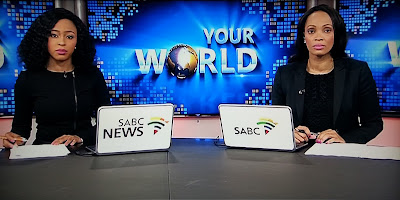 Since no SABC staffers openly talked about why they're suddenly all dressed the same, and with a large number of SABC journalists and anchors who showed unspoken solidarity by "co-incidentally" wearing black, the SABC's acting CEO James Aguma and foolhardy Hlaudi Motsoeneng won't be able to suspend or fire, or take them all off the air for their "blackout" protest.

If SABC management suspended or took steps against every SABC staffer who "happened" to wear black on Friday the SABC's television news division, its various TV news bulletins and its SABC News (DStv 404) channel would literally grind to a halt and implode. 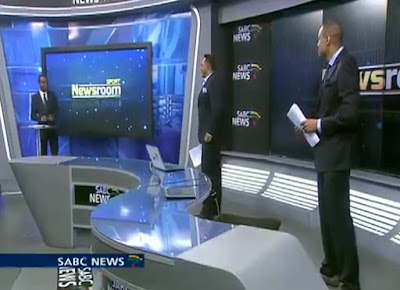 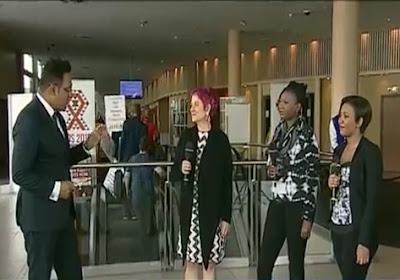 The "blackout" was organised after SABC executives like Hlaudi Motsoeneng and SABC board members, SABC chairperson Obert Maguvhe and Aaron Tshidzumba at the last recent SABC press conference on 11 July told the media that there's no crisis at the SABC since the only time there would be a crisis would be when there's a blackout of the SABC's broadcast signals and the SABC's TV channels not being on air.

Aaron Tshidzumba.who slammed South Africa's print media "for lying to the public" about the crisis-riddled public broadcaster said: "What crisis is there? I never saw SABC off air. Why you telling this company is in crisis? If Eskom is on crisis, there's what? Load-shedding. So if SABC is on crisis, we must be off air. Have you evern seen that off-air?"

On Friday, without saying anything, SABC news staff decided to create a symbolic "blackout" to send a silent insider message from Auckland Park that they feel the SABC indeed is in crisis and that they all support their fired colleagues.

The SABC "blackout" started early in the morning with the Morning Live anchor Leanne Manas in a black jacket doing an outside broadcast. 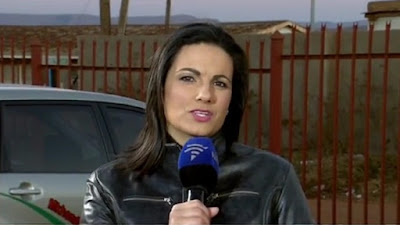 The dressed in black protest carried on throughout the entire day on all the SABC's various TV news bulletins across all its channels, and on the SABC News channel where reporter after reporter and anchors dressed in unified black showed unity until just before the channel ended its live coverage of the day after 23:00 with reporter Tumaole Mohlaou as the last one appearing dressed in black on Your World. 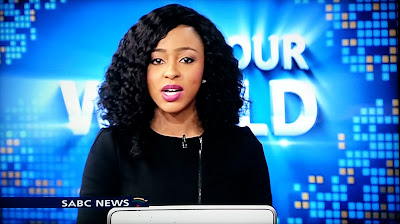 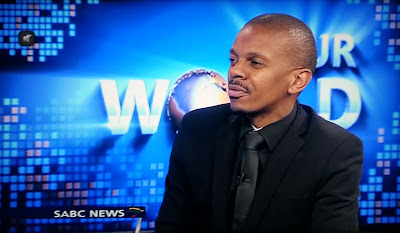 The labourt court that on Friday heard the case of four of the eight fired SABC journalists - Foeta Krige, Suna Venter, Krivani Pillay and Jacques Steenkamp - is expected to deliver a judgment on Monday or Tuesday.

The other reporters who were fired this week include Thandeka Gqubule, Busisiwe Ntuli and Lukhanyo Calata with SABC contributing editor Vuyo Mvoko who was told his freelance contract won't be renewed and who is also taking the SABC to court.
on 9:31:00 AM