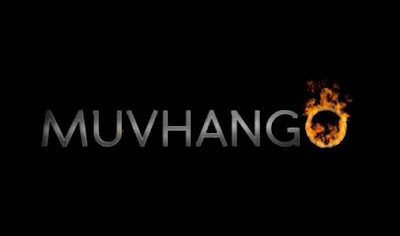 The SABC's controversial boss Hlaudi Motsoeneng has ordered the SABC's Venda soap Muvhango, filmed on sets in Johannesburg, to move its production to Thohoyandou in Limpopo.

There's no film and TV studios in Thohoyandou equipped to produce the two and a half hours per week Venda soap, nor the underlying film industry services needed to support a TV production like this, for instance equipment rental.

The Muvhango move will mean an increase in production cost, meaning that the SABC will have to pay more for the show to be made outside of Johannesburg.

It's not clear when the Venda soap, produced by Word of Mouth Productions will have to start doing episodes away from Johannesburg. The big move from Auckland Park will affect the cast and crew as well as their extended families who are living in Gauteng.

The SABC's existing contract with Word of Mouth's ends in August. The SABC is expected to renewed the contract to produce Muvhango for another three years.

Although Word of Mouth's contract hasn't been renewed yet, Hlaudi Motsoeneng in late May ordered Muvhango boss Duma Ndlovu to give principal cast members three year contracts as well when the show's contract officially gets extended.

Muvhango having to move to the bha-Venda area of the Limpopo province comes as Hlaudi Motsoeneng visited the VhaVenda king Toni Mphephu Ramabulana at the royal palace last month, with the king who there publicly stated that he supports the SABC's censorship decision of the public broadcaster's SABC TV news when it comes to public protest visuals.

PhalaPhala FM is also moving to the town of Thohoyandou and will broadcast from there from 1 September where there's a bigger building that was previously used by Radio Thohoyandou. The SABC said it will be upgrading the building and radio studios.

"We have buildings there. We need to build studios so that when production house come and you produce content, you don't go to Auckland Park, you are able to shoot here in Thohoyandou," said Hlaudi Motsoeneng.

He said the people who will revamp the Thohoyandou building must come from Thohoyandou.

Hlaudi Motsoeneng's move of Muvhango out of Johannesburg is part of his macro edict of 90% local content on the SABC's radio stations and TV channels under which new local SABC TV content will have to be produced in various different provinces by new and emerging TV producers.

On Monday Hlaudi Motsoeneng suddenly announced that the episode order of Uzalo on SABC1, filmed in Durban by Stained Glass Pictures, will almost double, increasing it from three days to five days per week.

It follows revelations that Hlaudi Motsoeneng single-handedly overruled and reversed a decision by a 6-person SABC executive panel who cancelled Uzalo after its first season, ordering the prime time soap to continue.