ANN7 worker James says Indian staff are favoured at the TV news channel, 'Indian workers have wifi' while employees are allegedly being mistreated. 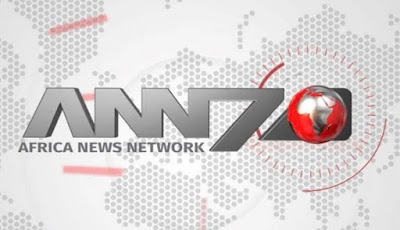 The never-ending real-life personnel drama behind the scenes at ANN7 (DStv 405) continues unabated, with an ANN7 worker called "James" who on Wednesday evening spoke out about how Indian staff are allegedly favoured at the news operation and have access to wifi, while other employees are allegedly also being mistreated.

Oakbay is facing a banking crisis after South African banks said they are withdrawing their banking services at the end of May.

Oakbay is desperate to find a new banker, failure of which will result in employees at ANN7 and elsewhere not getting paid and the possible closure and collapse of entities like ANN7 which is carried on MultiChoice's DStv satellite pay-TV service and which could possibly go dark and shut down after May.

Now it increasingly looks as if Oakbay workers are being exploited as a pawn to get the South African government and South African banks to "help" so that "job losses" of 7500 workers don't happen if the banking cut-off deadline arrives.

Instead of being referenced by other media for its news, ANN7 constantly remains in the news itself.

The news channel on DStv that was voted "worst employer of the year" by Cosatu in 2015, continues to be the subject of ongoing, sensational stories on an almost daily basis.

With numerous stories and allegations of human resource problems behind the scenes at ANN7 ever since it launch and the months before, right through 2014 and 2015, this year continues the eye-popping "theatre of the absurd" that is ANN7.

On just one day - today - ANN7 is in the news itself for three different stories, all hugely damaging to ANN7's reputation, credibility and image as a news brand.

"We are not rich people. We are not politically connected. We have not captured the state. We have never offered any politician a job. We do not know if any of the allegations against the Gupta family or Oakbay management are true."

"We do not care. All we care about is providing for our families.If you do not open Oakbay's bank accounts we cannot be paid and Oakbay cannot pay its bills".

On Wednesday afternoon - and you can't make this up - there was a protest and ANN7 employees and Sahara computer employees chased protesting ANC Youth League members away from the ANN7 and The New Age headquarters in Midrand.

ANN7 employees meanwhile demanded that Phuti Mosomane and Robbie Rousseau retract their letter and said it's not true that they didn't care about the allegations of state capture by the Gupta family.

ANN7 employees wanted to know why the ANC Youth League is suddenly fighting for Indian people and not for black people.

Then, an anonymous woman working at ANN7 called radio station 702, furious about the letter and saying The New Age and ANN7 workers are not agreeing with the letter and its sentiment.

"We are now being used to fight a political war".

On Wednesday evening the total weirdness engulfing ANN7 continued when an employee identified as James called The Money Show with David Whitfield on radio 702, slamming ANN7 as a place where "employees are tired of being mistreated".

"The Indian workers that are hired at ANN7 have wifi but the South Africans – who absolutely work their butts off – to try and make sure that we produce quality news, don't get that," said James.

"There's a mistreatment of the staff for example, the editor who knows nothing of South African news - ," said James.

"I don't think the banks are going to want to do business with Oakbay. We are asking for investors to look into ANN7. We are trying to distance ourselves from the letter."

"All we're asking is outside investors to invest in ANN7. I'm talking from the lady who cleans the floor right through to the biggest anchor at ANN7 - they're willing to produce quality news. All they need is the right investor," said James.

"There are a lot of workers who are distancing themselves away from that letter."

Meanwhile another ANN7 worker who talked to News24 claimed that Oakbay management "treat us like dogs and then they expect us to speak on their behalf. That is nonsense".


Oakbay is suddenly being repped by the controversial British PR agency Bell Pottinger who had clients like Syrian president Bashar al Assad's wife, fracking company Cuadrilla, repressive governments ranging from Thailand and Egypt to Bahrain, and even the paralympic killer Oscar Pistorius.
on 11:42:00 PM