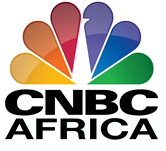 CNBC Africa says the business channel has a seasoned editorial team deployed in Davos, Switzerland and that CNBC Africa will be crossing to the 2016 WEF throughout the 3-day gathering, interviewing some of the world's top business leaders and global thinkers on the state of the world in 2016.

Tomorrow, on Wednesday 20 January, CNBC Africa will host a discussion at the Grischa Hotel in Davos with Bronwyn Nielsen, senior anchor and executive director, as the moderator and which will be broadcast on CNBC Africa.

On Thursday, 21 January, from 11:30 to 12:30 CNBC Africa will moderate another debate, entitled "Africa's Next Challenge" also moderated by Bronwyn Nielsen that will be broadcast live.

CNN International's (DStv 401) Eleni Giokos is also in the snow-covered Davos where she's been several times before and will be covering the event primarily for CNN's Marketplace Africa.

In a new Davos Diaries video Eleni Giokos says she is once again in Davos to cover "the African story" and what the message is this year for the African continent.

"Look out for our coverage in Marketplace Africa. I will also be keeping a close watch on the Greek prime minister, Alexi Tsipras - I know he's here to meet with a few investors, and of course the IMF chief as well, Christine Lagarde," says Eleni Giokos.
on 8:26:00 PM