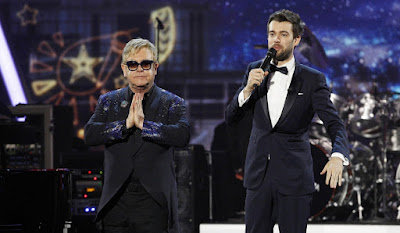 Both CNN International (DStv 401) and Fox News Channel (StarSat 261) have special News Year's Eve programming to ring in 2016 while M-Net has again acquired and scheduled the Royal Variety Performance 2015 on 31 December.

Comedian Jack Whitehall is the host, and this year Elton John, Kylie Minogue, One Direction and several others at London's Royal Albert Hall.

As per usual, MultiChoice's electronic programme guide (EPG) for CNN International is wrong, outdated and incorrect, showing only an hour of CNN New Year's Eve Live with Anderson Cooper and Kathy Griffin between 03:00 and 04:00.

This makes it impossible for DStv subscribers to actually record or schedule a recording of the programme that won't infuriate everyone trying to watch it since it will record only an hour of the much longer show.

If you want to watch it in its entirety and have a PVR or DStv Explora, click record on every other programme between 03:00 until 08:00 on DStv's CNN International EPG on 1 January.


Interestingly, Fox News for its special New Year's Eve coverage is adding ... Donald Trump, the frontrunner candidate of the United States' Republican Party for the upcoming presidential election in that country.

Jesse Watters, Lisa "Kennedy" Montgomery and Katherine Timpf will be the presenters of Countdown to 2016 on the Fox News Channel starting at 04:00 on Friday 1 January (South African time).

From 05:00 Kimberly Guilfoyle and Eric Bolling will be the co-presenters of Fox News Channel's All-American New Year 2016 broadcasting from the Knickerbocker Hotel in Times Square.

Donald Trump will join the Fox News Channel News Year's Eve team from Florida during the 07:00 hour (23:00 in New York) and remain until midnight.


At midnight (meaning 1 January) e.tv has the hour-long The Victoria's Secret Fashion Show 2015, the lingerie runway show that has pink carpet interviews, the multi-million dollar Fantasy Bra and musical performances.


Neither SABC2 nor SABC3 has special New Year's Eve programming; SABC1 has the usual Come Duze 2016 from Thursday night at 21:30 until 05:02 on Friday morning with musical performances, new year's messages and South African music videos.
on 10:31:00 AM