SABC ordered to apologise to the EFF political party by the Broadcasting Complaints Commission after Eben Jansen's live on-air rant. 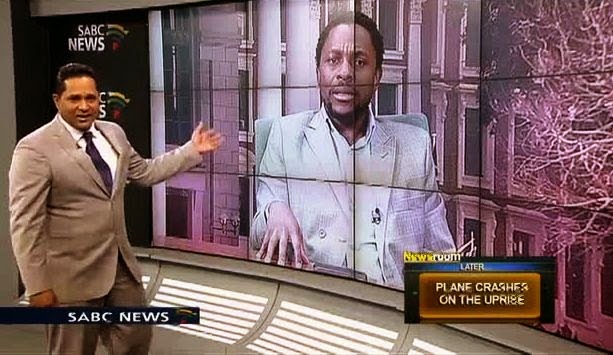 The SABC already apologised in writing earlier this month and already made an earlier on-air apology for the interview incident the SABC called "completely uncalled for and unprofessional" and which happened on The Newsroom on 9 April on the SABC's 24-hour TV news channel.

The Newsroom anchor Eben Jansen became confrontational with the EFF spokesperson Mbuyiseni Ndlozi who was invited to the show as a guest and was then rudely dismissed after the interview quickly devolved into a FOX News style shouting match.

Viewer Jarred Cinman laid a complaint directly with the BCCSA, writing that Eben Jansen's on-air behaviour was "biased, unprofessional, rude and embarrassing" and that the on-air fighting "is not news: it is either journalistic incompetence or political bias".

In a hearing BCCSA commissioner Dr. Lynda Gilfillan found that Mbuyiseni Ndlozi was "interrupted and ridiculed" and also denied the opportunity to answer questions.

Dr. Lynda Gilfillan said Eben Jansen's "generally scornful demeanour and bullying behaviour could be described as grossly unprofessional. And the severity of his unprofessionalism puts it in breach of the BCCSA code".

Dr. Lynda Gilfillan said Eben Jansen came across as "apparently relishing his role of Grand Inquisitor" with the interview which was turned into "an inquisition rather than an inquiry".

The BCCSA ruled that the SABC and SABC News "cannot simply be let off with a slap on the wrist".

The BCCSA ruled that the SABC and SABC News must broadcast an apology at the beginning of The Newsroom on the DStv news channel before Thursday.
on 9:38:00 AM