The Walking Dead spin-off will not be seen on FOX in South Africa but on AMC on DStv and on StarSat with episodes shown 24 hours after the USA. 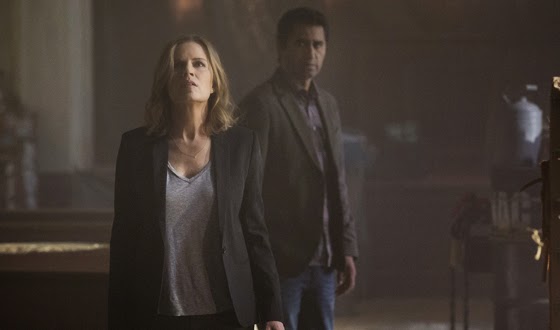 The as-yet-untitled upcoming spin-off zombie series of The Walking Dead will be broadcast on AMC (StarSat 115 / DStv 140) in South Africa and not on FOX with episodes which will be shown within 24 hours here after the United States, once the new drama starts later this year.

The impact for South African pay-TV subscribers is negligent since the recently renamed and rebranded MGM channel, now AMC since December 2014, just like FOX, is carried on both MultiChoice's DStv and on On Digital Media (ODM) and StarTimes Media SA's StarSat.

The big winner however is AMC, from AMC Networks International Zone, which is dramatically strengthening its channel positioning and brand in South Africa, and getting its first-ever "event television" type show.

The new The Walking Dead spin-off produced by AMC Studios, is set in Los Angeles and will definitely run for at least two seasons. It will focus on new characters and new stories, with a first season of 6 hour long episodes.

AMC acquired the international television rights to the spin-off show and will broadcast episodes - similar to The Walking Dead on FOX which concludes its 5th season at the end of March - within 24 hours after episodes premiere in the United States, similar to what FOX and M-Net has been doing with certain tentpole TV shows.

The only drawback is that South African viewers won't be able to see the new The Walking Dead spin-off in high definition as has been the case with FOX which is an HD channel on DStv.

Viewers will also not have to juggle trying to watch two shows - the drama series won't overlap and will always be shown during different times of the year.

Robert Kirkman, Gale Anne Hurd, Greg Nicotero and David Alpert from The Walking Dead are the executive producers of the new series.

"We take incredibly seriously the notion of building a satisfying companion series to the number one show on television," says Charlie Collier, AMC president in a statement.

"From the beginning of The Walking Dead, we've been asked questions about what was going on in other parts of the zombie apocalypse, and what it looked like as the world really did 'turn'. Through this new series, we're going to find out," says Charlie Collier.

"I'm very grateful that we now have the opportunity to tell this amazing story and show the fans that we really haven't scratched the surface yet when it comes to The Walking Dead," says Robert Kirkman.
on 5:24:00 AM