EXCLUSIVE. Presenter Search on 3 to return to SABC3 as channel looks for 3 new TV presenters; nationwide auditions starting in February. 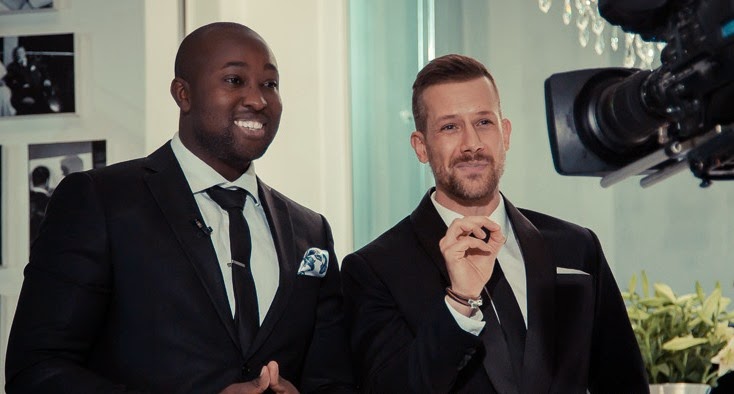 Start practicing walking and talking! TV with Thinus can exclusively break the news that the Top Billing Presenter Search will be back (soon) for a third season - renamed Presenter Search on 3 - in which SABC3 will be looking for not just one but three brand-new presenters to work on Top Billing and across various different SABC3 shows.

Once again produced by Tswelopele Productions responsible for shows like Top Billing and Expresso on SABC3, the search for three new presenters this time will once again happen on television as a reality competition show in which the top finalists will have to prove their mettle in various travel, television and interviewing challenges.

While Presenter Search on 3 has not yet been officially announced by neither SABC3 nor Tswelopele Productions, TV with Thinus has learnt that it will likely start on 6 March on SABC3, exactly halfway through the nationwide audition process which will then have been filmed by that time.

While contractual details are still being ironed out before the official announcement and with Top Billing in reversioned repeat episodes for the moment, viewers can already start practising their presenter skills.

According to insiders with knowledge of the upcoming show, the details are being finalised for the third season before the official announcement which will be done soon. "With SABC3's recently introduced new look the plan is to go even bigger and better with not just one but three new faces for SABC3's signature shows," a source tells me.

"You don't have to be able to sing but you can still become a TV star and experience a world most viewers don't have access to through hard work and just being yourself as you channel your experiences".

The previous two seasons of the highly popular Top Billing Presenter Search have made bona fide TV stars and celebrities of Simba Mhere and Jonathan Boynton-Lee with thousands of hopefuls who queued across the country in 2010 and in 2012 when it was renamed My Top Billing Dream.

Nationwide auditions for the Presenter Search on 3 will take place in Johannesburg, Pretoria, Cape Town, Port Elizabeth, Durban and Bloemfontein during February and March, after which the show will choose a Top 30.

The Top 30 will be whittled down to the Top 12 who will then compete in Presenter Search on 3 over seven weeks in various challenges on the reality show while they stay in luxury accomodation for the chance to become a presenter on SABC3 on Top Billing, Expresso and an as yet unannounced third new local TV lifestyle magazine show.

The whole day Presenter Search on 3 audition process is planned to kick off in Cape Town on 13 February and plans to end in Port Elizabeth on 22 March at venues which will still be announced.

Once again contestants will have to dress up to impress and will have to stand in line for their chance to show the judges that they've got the personality, style and above all the tenacity to make it as a glamorous, yet hard-working TV star in the cut-throat television business.

Contestants will have to prepare a short speech or "link" - something to say or introduce themselves or a story, as they would if they're a TV presenter, and the judges are looking for creative and original presentations.
on 11:02:00 AM