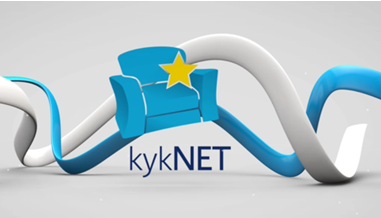 The Afrikaans TV channel kykNET (DStv 144) on MultiChoice's DStv satellite pay-TV platform has appealed and has won the appeal against a judgment from the Broadcasting Complaints Commission of South Africa (BCCSA) which earlier this year ruled that kykNET was in breach of the broadcasting code and mocked people suffering from Tourette's syndrome.

The BCCSA in July ruled that kykNET broke the broadcasting code with episodes in which the characters in the satirical show Proesstraat mimicked Tourette's syndrome sufferers and impaired the dignity of people for the sake of comedy.

kykNET broadcast a second episode of Proesstraat after the channel was previously warned in February about a similar occurence of using Tourette's syndrome for humour. The BCCSA leveled a fine of R30 000. kykNET decided to appeal the ruling.

kykNET's legal team argued in an appeal that "the context of the programme and the guarantee of freedom of speech must be taken into consideration, otherwise all comedy concerning medical conditions could be found in contravention of the code".

"The right to broadcast humour which may offend - whether in films, comedy skits, or television programmes, for example satire in South Park and the Oscar winning film The King's Speech - and the public's right to enjoy such humour becomes an issue."

The BCCSA in its new ruling states that it has "come to the conclusion that even programmes that poke fun at those with medical conditions, depending on the context, are permitted in open and democratic societies" and that such "dramatic and comedic expressions are exempted from certain limitations".

The BCCSA now says that the Tourette's syndrome sketch "although it could certainly be seen as offensive and in very poor taste by many viewers, particularly by family members of sufferers of Tourette's syndrome" should be allowed and that the BCCSA's tribunal is "not called-upon arbiters of taste or judges of humour".

kykNET told the BCCSA that a previous commitment "not to record such scenes in future still stands". The R30 000 fine leveled against the broadcaster has been overturned.
on 10:04:00 AM