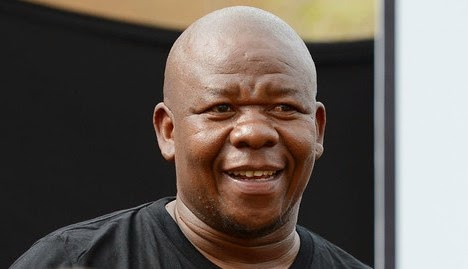 Shock, as the SuperSport presenter and analyst Isaac Ramaitsane "Shakes" Kungwane died today - he was only 43.

The highly regarded soccer analyst on SuperSport who was born in 1973 in Alexandra and who struggled with weight issues through the years since the early 90s (he simply loved his pap and hamburgers), passed away earlier today after he was admitted to hospital.

Shakes Kungwane was in the hospital's intensive care unit since Monday, and has been back and forth, in and out of hospital several times just this year.

The cause of death is still unknown.

"It is with great sadness that SuperSport confirms the death of the former soccer star turned television presenter Isaac Ramaitsane 'Shakes' Kungwane," says SuperSport of the former Kaizer Chief soccer star who adored himself to viewers with his funny and often peculiar soccer observations.

"We are all stunned and saddened by the awful news," says Alvin Naicker, SuperSport's head of production.

"Shakes brought vitality, knowledge and understanding to his role at SuperSport. He was adored by everyone. This is a sad day for soccer lovers who will recall Shakes for his wizardry on the ball".

"SuperSport extends sympathies to his family".
on 6:15:00 PM