SuperBowl XLVIII live - and for the first time in high definition (HD) in South Africa - on Monday morning on SuperSport on DStv. 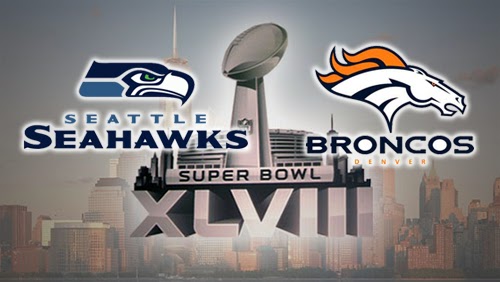 Super Bowl XLVIII will be live - and for the first time will be seen in high definition (HD) in South Africa since the annual American football event will be broadcast live on Monday morning on a SuperSport channel on MultiChoice's DStv and no longer on the non-existent ESPN.

Super Bowl XLVIII will be broadcast live and in HD on DStv on SS1HD (and SuperSport 1) on Monday morning 3 February from 01:00 in South Africa.

Whereas the Super Bowl was shown the last few years on ESPN, that now-defunct channel on DStv in South Africa and across Sub-Saharan Africa was not a high definition channel.

With SuperSport having taken over some of the erstwhile ESPN content, including the Super Bowl, it now means an enhanced and a much better looking broadcast for South African viewers of this crown jewel of American sport.

Super Bowl XLVIII with the Seahawks and the Denver Broncos (quaterbacked by Peyton Manning) will be shown from the early hours of Monday morning South African time from what is expected to be a cold and snowy MetLife Stadium in New Jersey.
on 11:31:00 AM