Koowee on DStv getting canned as a TV channel; name will continue to exist as a programming block on a set of DStv channels. 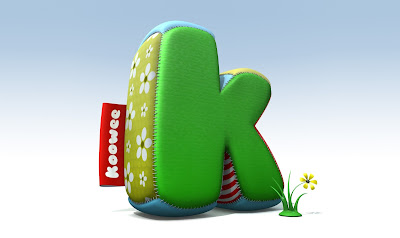 Koowee as an M-Net kids channel targeting preschool kids with both an Afrikaans and Zulu sound track will be gone by 9 April.

"Koowee will no longer exist as a separate channel on DStv from 9 April onwards," said MultiChoice at the end of the press statement which announced earlier this week that FOX (DStv 125) and kykNET & Kie (DStv 145) are added as new TV channels to DStv.

No reason for the discontinuation of Koowee was given and why Koowee as a channel is getting closed down.

Koowee becomes the second kids TV channel which was compiled by M-Net for DStv which is ending, after DStv and M-Net ended K All Day (originally called KTV World, then K-World) on 31 March 2009.

Now Koowee as a TV channel is ending after 4 years - it was launched on 6 April 2009. It has since simulcast programming blocks on other channels like two daily blocks which was added on kykNET (DStv 144).

Koowee will now be folded into some other channels where the brand-name will exist only as a programming block.

M-Net didn't made specific mention of Koowee closing down but alluded to it in the pay-TV broadcaster's own announcement about the new kykNET & kie (DStv 145) TV channel.

"As from Tuesday 9 April the current Afrikaans children's shows on Koowee will move onto Koowee blocks on kykNET and kykNET & kie, with the latter having longer slots."

"In the mornings, the little ones can enjoy the antics of the cuddly Koowee characters on kykNET & kie between 07:30 and 09:30, with more to follow between 17:00 and 18:00 in the early evening. While Koowee personalities like Tjiff and Tjaff and Pikin will be regulars on the channel, moms should be glad to hear that familiar faces from their own childhood like Heidi will join in the fun too."