REVIEW. Miracle Rising: South Africa on History is a densely packed documentary with commentary both superfluous and surprising. 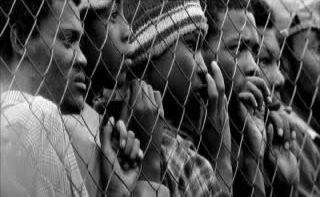 Miracle Rising: South Africa, the hour and a half long talking heads documentary with backroom, name-brand commentary on South Africa's political transition to democracy during the turbulent 1990's is a self-aggrandizing video project of South Africa as a country, with perspectives from names which seem to have been conspicuously plucked from Nelson Mandela's photo-op diary during his time as president.

Peppered with the same evocative coding in its production DNA as found in films about the South African mythos like Cry, The Beloved Country, the documentary is steeped in ethereal choral music and slow-motion panoramic shots as if to hammer home in an unsubtle way the fact that the viewer is watching "really important television".

The didactic documentary, somewhat of a vanity project by A+E Networks UK, MultiChoice, Dimension Data and produced by Combined Artists to commemorate the 23rd anniversary of the release of Nelson Mandela's release from prison,  is a cerebral work - it requires concentration and focus.

The narrative of Miracle Rising: South Africa, filled with a lot of archive video footage throughout to support the large amount of exposition included, starts and sets the scene with foreboding and the atrocities, oppression and evils of apartheid.

It then, through subsequent melancholic intertiles in black and white accompanied by quotes, progress to frame the leadership roleplayers, the disarmament of South Africa's nuclear weapons programme, the negotiation process, Chris Hani's murder and eventually the first democratic election in South Africa.

The level of quality of commentary clips throughout the documentary varies but there's several beautiful gems of poignancy, like when actress Alfre Woodard remarks about Nelson Mandela: "He's just enfused [enthused?] so many of us in this world, that he'll always be walking among us." 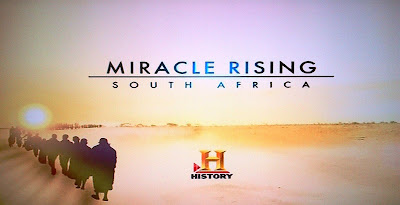 The producers could have left these people's superfluous banter on the cutting room floor without any loss. If you miss what they say, you haven't missed anything as they emote on certain historical events just like any ordinary passer-by in the street would do.

The glut of "seen with Madiba" celebs also gives Miracle Rising: South Africa the distinct impression that they were included mostly as part of a glamification exercise for the documentary. (Were their facetime secured by harvesting contact details from Nelson Mandela's diary and using his name? "Hi, Oprah, we're doing this doccie about Madiba ...")

The biggest (and wonderful) commentary surprise is Mac Maharaj. Now a spokesperson and government spin doctor, but coming across in this documentary as very straightforward and open. His very revealing stories are frank, new and emotionally moving.

The longer commentary from Sky News' Jeremy Thompson 27 minutes into this documentary and which is more actual narration than commentary (as if he were in fact the overall voice-over narrator of this work) is mesmerising and well done. As he talks, his voice instantly draws the viewer into the middle act of this TV special.

The Cyril Ramaphosa/Roelf Meyer intercut anecdote told by both of them exactly in the middle of the documentary functions to not only lighten the heavy emotional ballast of the programme but is very well and tightly edited.

It provides some welcome humorous relief in Miracle Rising: South Africa which becomes too overbearing at times. The anecdotal interlude is also enjoyable to watch as it plays out - another little story viewers really never heard before.

The biggest drawback is perhaps Miracle Rising: South Africa's over-ambitious reach. It comes across as trying to be too much, or trying to pack in too much, in too little space and time. Like a great wine, a great documentary needs some space and time to be opened and  left to breathe.

The TV special which would have had more time to breathe as a multi-part series, is densely packed and the viewer needs to watch everything for the not-so-obvious rewarding moments spread out over the course of an hour and a half. Journalists more so than ordinary viewers will definitely enjoy the "bonus" clip of Christiane Amanpour included right at the end.