TOLDJA! Redi Tlhabi back on TV as global talk show host with new show South 2 North starting on Al Jazeera on 30 November at 21:30. 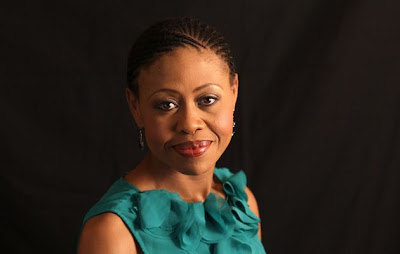 TV with Thinus exclusively broke the news way back in June that Redi Tlhabi is readying a TV comeback with her own new global TV talkshow on Al Jazeera - 5 months later everything I reported is happening exactly as I said in June and I can be first to reveal that Redi Tlhabi's new global talk show on Al Jazeera (DStv 406 / TopTV 401) will be titled South 2 North and will start on 30 November at 21:30.

Redi Tlhabi (formerly Redi Direko) made a splash first on South African television - first on SABC3, then on the eNews Channel, now eNCA (DStv 403) where she was the co-anchor of the news channel's flagship weekday news show News Night with Jeremy Maggs.

She bowed out of television citing tiredness and work pressure and has since been an influential radio talk show host and also did a local profile interview and talk show series on the Mzansi Magic channel.

The past few months Redi Tlhabi and Al Jazeera has been working on her TV comeback and this time on a global scale.

Here is what I can reveal: South 2 North with Redi Tlhabi will be a weekly talkshow presented from South Africa, and with Redi Tlhabi focusing on "inspiring and intriguing guests" from across the world.

South 2 North will be done from a specially built brand-new studio right above the Wits Arts Museum from where Redi Tlhabi in her new perch with bring a mix of current affairs and intelligent conversation to viewers. "No subject will be off limits,"
on 3:55:00 PM