BREAKING. Lance Witten back on the air on the eNCA from Thursday following 'hurtful and inappropriate' tweets. 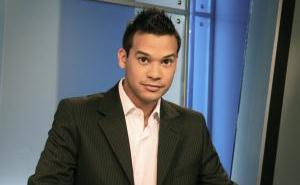 The twit could have lost his job over this but eNCA sports anchor Lance Witten will be back tomorrow on the eNCA (DStv 403) after livid news bosses at South Africa's 24 hour news channel suspended him with immediate effect 13 days ago, following out-of-line and insensitive death tweet jokes after the Linkin Park concert structure collapse tragedy in Cape Town.

Lance Witten's irresponsible tweets damaged not only his own credibility as a TV reporter and the public perception of him, but also the credibility, image, brand and integrity of the news platform he represents.

The eNCA says Lance Witten will resume his on-air work on Thursday, follwing a 13 day suspension and a disciplinary hearing during which Lance Witten acknowledged that the tweets "were hurtful and inappropriate".

While dismissal was an option on the table, the chairperson of the disciplinary committee felt that dismissal would be excessive.

"We took the matter seriously and dealth with it speedily," says Patrick Conroy, the group head of news at the eNCA. "We are satisfied with the internal disciplinary process, he has been sanctioned and we now consider this matter closed."

"This incident does not require us to revisit that policy as it comprehensively covered the issues at hand. Lance Witten accepts he failed to live up to this policy."

"Essentially the policy makes it clear that social media platforms are not private, but public, and all statements made should be considered as such."