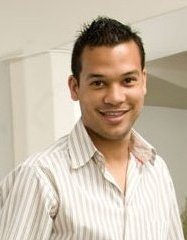 Insiders are telling me that eNCA news bosses are "absolutely livid" over Lance Witten, the eNCA (DStv 403) sports anchor who also appears on e.tv and his appalling twitter trashtalk which has now gotten him immediately suspended.

Lance Witten tweeted "Linkin Park is so badass, people are dying to see 'em" after the tragic death last night in which 19 people were injured when scaffolding collapsed at the Linkin Park performance in Cape Town. Lance Witten continued with further tweets until suddenly becoming remorseful and apologizing and deleting the tweets.

Shocked eNCA colleagues tell me they feel bad for Lance Witten when they were informed about the suspension, but they also feel that he's damaged the eNews reputation.

"People follow us [on twitter] for the news and the stories we're on and doing. He should know better," said an insider.

"It's intense. Very little [we] hate more than to be the news; we work so hard to bring the news and not actually be it," said eNewser to me. "Embarrassing," said another.

eNews bosses meanwhile are very uspset, I'm told. I asked for how long Lance Witten has been suspended but e.tv tells me: "Patrick Conroy [the group head of news at the eNCA] will not be commenting further on this matter".

The eNCA isn't willing to [or can't tell] me who will be filling in for Lance Witten while being suspended. "The eNCA team of anchors will fill in his slots," says e.tv.
on 6:47:00 PM