VENUS FLY TRAP? How much is too much of Venus and Serena Williams on SABC3 and their South African tennis match? 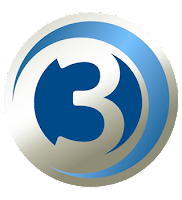 It's just too much - and why?: The massive amount of total overexposure which SABC3 will be giving to the American tennis stars Venus and Serena Williams who are going to get basically blanket coverage from the SABC on SABC3 from their visit and televised tennis match in November.

The amount of coverage - the sheer audacious number of TV time on South African public television given as free publicity to the Williams sisters for their upcoming celebrity tennis match in November seems, to this TV critic, just not quite right.

Besides major editorial TV news coverage which is a given on SABC News bulletins on SABC1, SABC2 and SABC3 of the Williams sisters; as well as the live broadcast of the match including a pre-match special which combined will run into several hours of TV time, SABC3 plans an unprecedented number of opportunities for Venus and Serena Williams to appear on the TV channel.

In my three decades of watching SABC television, this TV critic can't remember a single visiting American sport star getting such a deal on South African public television. 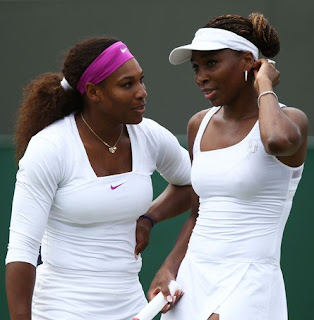 Even with the SABC as a broadcast sponsor and media partner of the Breaking the Mould (BTM) tennis match event of the Williams sisters, it feels like SABC3's upcoming coverage and exposure is disproportionately far too much given the nature of the event - which is, just to keep it in perspective, not an event of national importance like lets say the death of a president.

It's a tennis match by American celebrities for an organisation to promote a social and societal cause.

My guess would be that the SABC board and SABC3 top management would probably be getting front row seats to the match as well as the best tables at the gala dinner for all this almost-blanket coverage.

Look at this and ask yourself: Too much?

Venus and Serena Williams's South African visit and tennis match will be mentioned in Isidingo, SABC3's weekday primetime soap on the same days two days - both on Friday 2 November and yet again on Monday 5 November.

Of course there is the actual Venus and Serena Williams tennis match and a special pre-show which will be shown on Sunday 4 November on SABC3, lasting several hours.

Meanwhile Top Billing, SABC3's weekly entertainment magazine show will cover the gala dinner of Venus and Serena Williams and will broadcast that as a big insert on Top Billing on Monday 12 November.

It adds up to hundreds of thousands of rands of on-air exposure on a public TV station.

(Besides SABC3, and although I don't cover radio as a medium, Radio 2000 from the SABC will also be interviewing the Williams sisters, broadcast from their tennis clinic, as well as again from their gala dinner, and will be broadcasting the actual match as well. But wait there's more. The SABC radio stations MetroFM and SAfm will also be interviewing Venus and Serena Williams during their South African visit.)