BREAKING. DStv will move euronews to channel 414 today to open up channel 404 for possibly the new SABC News channel. 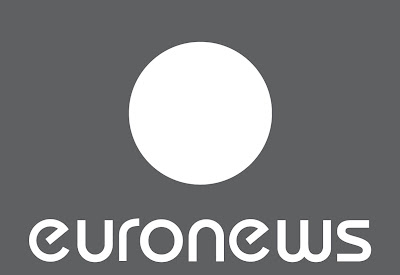 MultiChoice's DStv pay-TV service will be moving Europe's euronews TV news channel at 10:00 today from channel 404 to channel 414 - the channel number change is most likely done to make space for the SABC's nascent 24-hour news channel from SABC News which would be placed on channel 404 soon.

If euronews remained on DStv channel number 404, it would have meant that the nearest next available channel number for the SABC's new news channel would have been 413 or 414 - very far away from the "ordinary" general news 24 hour news channels, decreasing potential sampling by subscribers dramatically once the channel starts.

Proxy location by channel number is extremely important for TV channels on pay-TV operator bouquets. Bloomberg Television for instance has been in a protracted court battle with Comcast to get the business news TV channel moved  on the channel line-up to next to the other news channels where the chances increase dramatically that its viewership will increase because subscribers often use the arrow button up and down to sample adjacent channels next to already existing popular TV channels.

If the SABC's new news channel (which is replacing the defunct SABC News International channel which limped along since it was launched in July 2007 and ran for only 2 and a half years before it was closed down after costing millions of rand) is placed on 404 is will help to drastically increase viewership  through potential sampling.

According to the SABC, South Africa's public broadcaster is able to launch the new news channel thanks to substantial investment from MultiChoice which DStv would be paying to the SABC monthly over the next 5 years. The channel will become freely available once digital terrestrial television (DTT) launches in South Africa.

No official name for the new news channel has been announced yet, which the SABC said will be starting in early September with 6 hours of news per day, looped for 24 hours.

SABC insiders working in SABC News however told me yesterday that the name SABC News 24 Hours has been or is under consideration - although I'm hearing there's been some unhappiness from some quarters over this name. SABC News staff would be working for the normal daily news bulletins as well as file stories for the 24 hour service.

The news studio for the new SABC news channel has been described to me as "looking very snazzy", and dry runs are taking place daily and every evening.


ALSO READ: Is the SABC's first on-air SABC News promo in years aping and looking very much like a 24 hour TV news channel you know?
on 9:39:00 AM