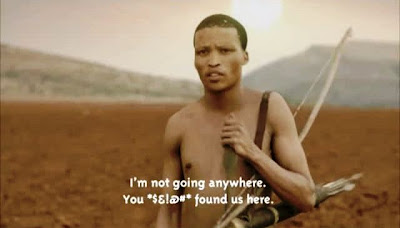 South Africa's broadcasters - the pay TV platform MultiChoice, the SABC, M-Net and e.tv - are all getting slammed by the Support Public Broadcasting Coalition (SOS Coalition) for the broadcasters' reluctance and refusal to show Nando's latest "Diversity" TV commercial which is against xenophobia.

The SOS Coalition says it's "dismayed" at the broadcasters' action to ban the Nando's TV commercial and that the broadcast TV media in South Africa "effectively denied viewers varied and divergent views as well as significantly stymied what should be open and accessible participation in the democratic process".

The SOS Coalition - a large coalition pressure group representing a vast number of the biggest industry stakeholders in South Africa's public broadcasting sphere - says South Africa's broadcasters "banning" the TV advert from being seen and saying that it would incite attacks on "foreigners" and violate the Advertising Standards Authority Code "are at odds with the advert's patent intention to use satire to spark discussion around understandings of South African identity and belonging and at the same time promoting diversity".

The SOS Coalition says its concerned about "the SABC and other broadcasters which point towards a growing trend in the limitation of diverse views".

The SOS Coalition says its dismayed with these decisions "which not only undermine the SABC's mandate as the public broadcaster to provide a platform for wide and inclusive debate and the representation of a diversity of views but also sets a restrictive precident for the regulation and management of content for both public and commercial broadcasters in the future."

"The SOS Coalition emphatically urges broadcasters and our public broadcaster the SABC in particular, to be bold and embrace and promote a diversity of views in its content. We further call on the SABC to actively and robustly fulfil its mandate to shape enganged, informed and empowered citizens, which necessarily mean refraining from an overly cautious interpretation and banning of content, including advertising content, which would have the opposite effect."
on 11:59:00 PM