SABC3 messes up Survivor for viewers by giving away too much ... again. Outraged viewers livid over 'spoiler' promo. 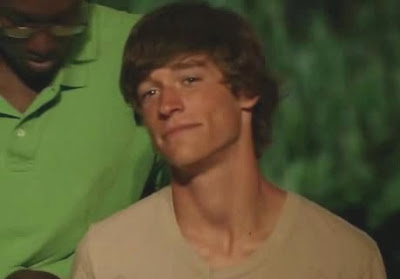 SABC3 has spoilt Survivor again with outraged viewers who have followed the show who are absolutely livid that the broadcaster has once a messed up the reality show. SABC3 has been playing an on-screen "spoiler" promo where the popular contestant Brett Clouser is already seen sitting in the tribal council jury.

The problem is that as far as viewers are concerned - and as SABC3 has shown in the latest episode - Brett Clouser is still supposedly very much in the show.

SABC3 therefore played the wrong future promo too soon (or cut a TV promo using incorrect episode footage of events still to transpire). Viewers are outraged. This is the second time that SABC3 has seriously botched Survivor - this time through incorrectly revealing the status of a contestant in the 19th season.

In September 2009 SABC3 messed up the order of the episodes for the Survivor China finale which led to massive viewer outrage. Advertisers and the sponsor demanding money back, the final control worker was immediately sent home, and later disciplined; besides the rebroadcast SABC3 had to rescreen the finale and the issue was even addressed in parliament where the massive mistake was lamented as indicative of the worrying state of the public broadcaster.

Now Survivor Samoa on SABC3 is messed up for loyal viewers who have invested many hours of watching the show over the past few weeks which is set to broadcast its finale on 30 April.

"Thanks a lot SABC3, your new Survivor advert shows contestant Brett Clouser in the jury already. That means we already know who is going to be voted out! You guys suck," wrote Kevin McLennan. "Really really? Your Survivor finale ad is one week too early...Well done for spoiling 2 Survivor finales for us," wrote Gabi Milne. "Thanks for ruining Survivor AGAIN," wrote Nicks Andrews.

SABC3 didn't respond to a media enquiry about Survivor made late on Sunday. I will keep updating with what went wrong and why, when and if SABC3 responds in the week.

The Amazing Race problems
Meanwhile SABC3 will be following Survivor Samoa immediately with Survivor Heroes vs Villains news I broke RIGHT HERE on Thursday already and told you why. The public broadcaster is having issues with licensing the broadcasting rights of the next season of The Amazing Race in time to start on 7 May and decided to rather go with more Survivor immediately without the usual break.

To prevent a bigger schedule disruption, SABC3 has decided to yank the planned new season of The Amazing Race from the line-up and to rather start another new Survivor season - the 20th - immediately after Survivor Samoa concludes. This will be the the first time ever that SABC3 shows Survivor seasons immediately back to back since the channel acquired the show more than a decade ago.
on 11:10:00 PM