BREAKING. TopTV facing the loss of another channel as Current TV is set to be shutting down as soon as mid-March. 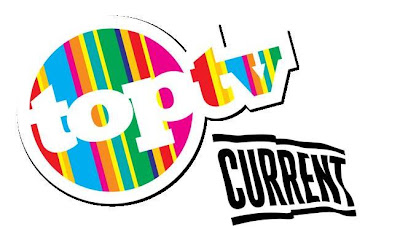 The South African pay TV operator TopTV is set to lose another TV channel it launched with great fanfare - this time Current TV - as the struggling news channel's operations in Britain is set to shut down as soon as mid-March.

TopTV has still not replaced the Hi Nolly and One Music channels which was part of the TopTV bouquet but disappeared in November when the provider HiTV in Nigeria imploded under debt. TopTV promised replacement channels but haven't yet done so. The loss of Current TV (TopTV 406) will further weaken TopTV's bouquet offering.

When TopTV launched in May 2010 it launched Current TV - a youth-schewing news channel focused on user-generated content started by Al Gore in America - as one of the channels on the bouquet with great fanfare. Al Gore attending TopTV's launch party and did a press conference.

Current TV has a London operations and a separate British generated feed of Current TV which is the one South Africans are seeing on TopTV. Current TV is shown in Britain on the BSkyB pay TV platform and BSkyB is not renewing Current TV's contract due to low viewership and underperformance. According to Sky, Current TV is ''one of the least watched TV channels''.

''Despite investing significantly in Current TV since its UK launch in 2006, the channel simply hasn't made the impact with our customers that we hoped for. That is why we've decided not to renew our retail relationship,'' says Rob Webster, BSkyB's commercial director in a statement.

Current TV says that without the income from the BSkyB carriage deal, Current TV will have to close which is effective shutting the channel down. Current TV has told its 23 staff members, contractors and programme suppliers that Current TV could close as soon as the middle of March. ''It is looking likely we will have to close on 11 March,'' says Jane Mote, Current TV managing director.

In a statement Current TV says ''Obviously the entire team at Current is devastated by this news. However we'd like to thank you for your support and belief in independent television. We hope that you will continue to enjoy our unique output until we close.''

''Sky is shutting down an intelligent alternative to mass market programming,'' said Joel Hyatt, chief executive of Current Media, which owns Current UK, in a statement.

TopTV didn't immediately respond to media enquiries made regarding the future of Current TV on the pay TV operator's platform but said it's working on a reponse.
on 10:06:00 AM